Huddersfield Town Head Coach David Wagner will be re-united with a close friend and former colleague this Saturday as Jürgen Klopp’s Liverpool welcomes the Terriers at Anfield.

The Terriers are fresh off the back of their biggest victory of the season so far. Goals from Aaron Mooy and Laurent Depoitre were enough to end Manchester United’s unbeaten run in the Club’s last Premier League outing.

The Premier League match will take place at Anfield and will kick-off at 3pm on Saturday 28 October 2017.

Although Liverpool is in search of its first Premier League win of the month, the Reds are anything but goal shy. Jürgen Klopp’s side has scored fourteen and conceded sixteen in its opening nine Premier League games. 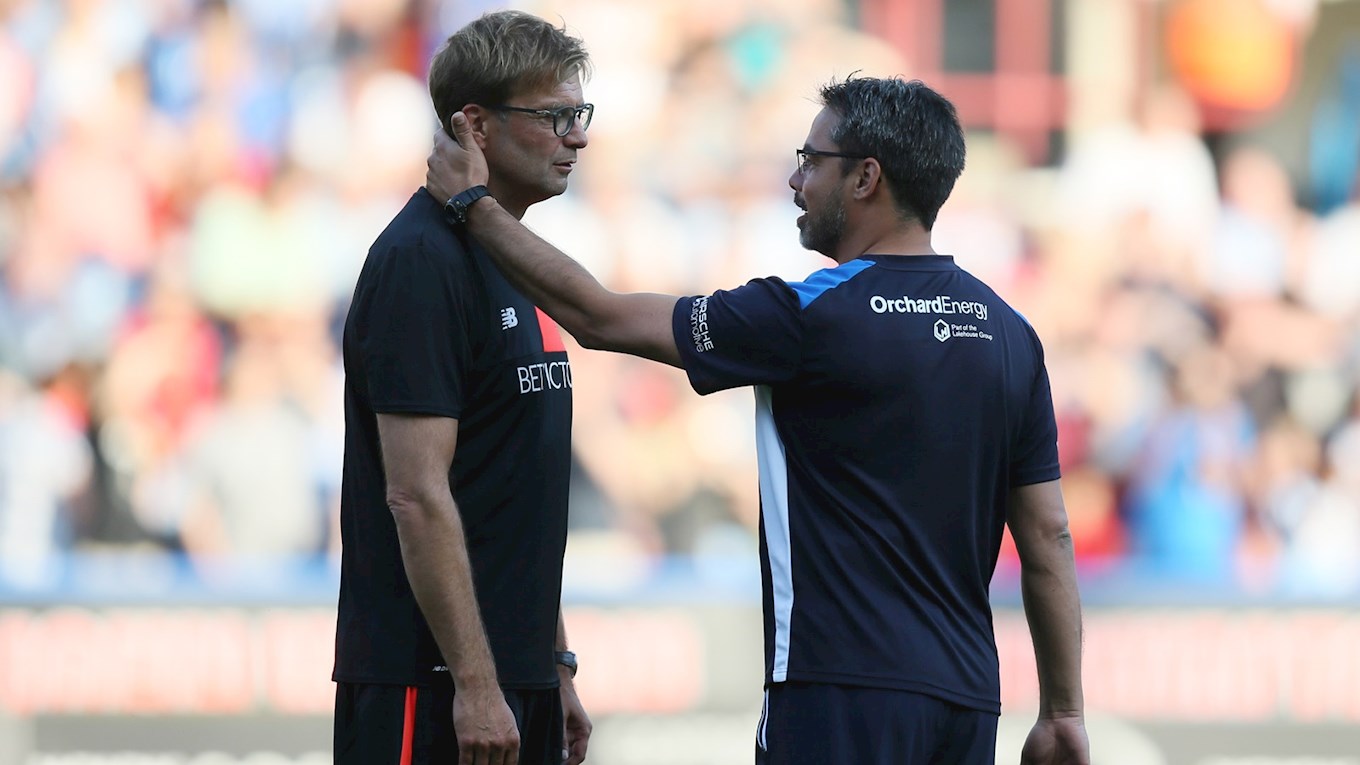 Liverpool currently sits in ninth place, one point ahead of Town. Jürgen Klopp’s side is three points off of the top four and will be looking to push into the European places for the second season in a row, a feat that hasn’t been seen on the red side of the Mersey since the 2008/09 season.

Despite falling to Spurs by four goals to one in the Club’s last outing, Egyptian international Mohamed Salah has taken his tally to nine goals for the season in all competitions. The pacey wide man has been filling the boots of talismanic forward Sadio Mané, who is currently side-lined with a hamstring injury.

The Reds currently sit top of their Champions League Group with one win and two draws from their opening three games. It is their first season back competing with Europe’s elite since the 14/15 season. Jürgen Klopp has lead Liverpool to two finals in his tenure. The German came up short in the Europa League Final against Sevilla last season and in the League Cup Final against Manchester City the year prior.

Philippe Coutinho has already bagged himself two goals and an assist in the five Premier League games he has featured in. The Brazilian playmaker is following his best season in a Liverpool shirt, having netted 13 times in the league, in the last campaign. 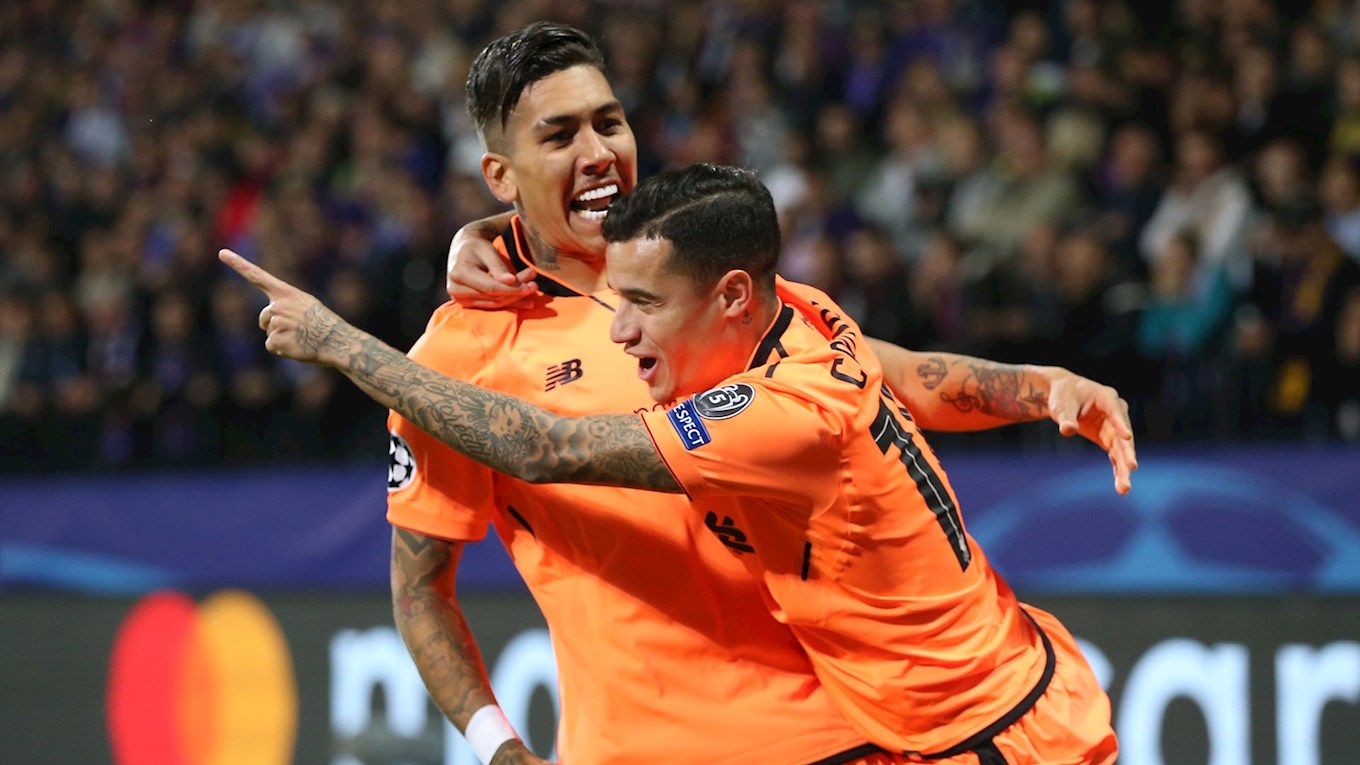 Mohamed Salah has proven himself an instant hit on Merseyside since joining from Italian giants Roma in the summer. The Egyptian is the Club’s top goal scorer this season, having found the net nine times in all competitions. His 21 goal return last season was a personal best for the former Chelsea and Basel forward, and was enough to warrant Liverpool paying 42 million euros for his services in the summer.

Roberto Firmino began his third season in the Premier League, having hit double figures in his first two seasons in England. The Brazilian international already has six goals in all competitions and looked bright in the early games of the season playing alongside Mohamed Salah and Sadio Mané. The former Hoffenheim hitman netted twice in Liverpool’s Champions League triumph and will be looking for his first Premier League goal since the 4-0 win over Arsenal back in August.

Jürgen Klopp strengthened his side by spending just under a reported £80 million pounds on four new players. The marquee signings of pacey forwards Mohamed Salah from Roma for £36m and Alex Oxlade-Chamberlain from Arsenal for £35m has brought depth to the midfielder and forward lines. 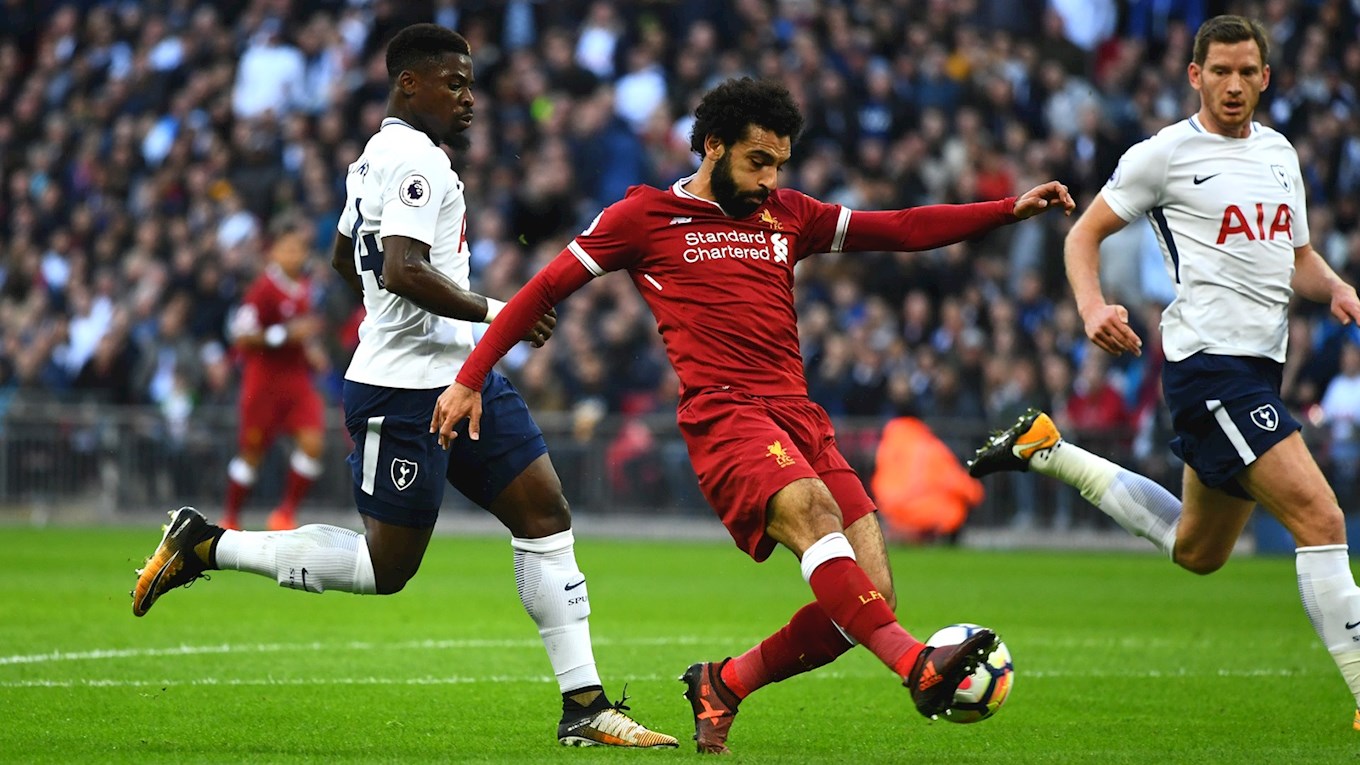 Liverpool also bolstered the Club’s ranks with the £8m acquisition of pacey left back Andrew Robertson from relegated Hull City and young striker Dominic Solanke on a free from current champions Chelsea.

The Club bid farewell to cult hero Lucas Leiva this summer. The Brazilian holding midfielder ended his 10 year stay on Merseyside by joining Italian side Lazio. Mamadou Sakho made his loan spell at Crystal Palace permanent, leaving the Reds after four years with the Club. Academy graduates Andre Wisdom and Kevin Stewart also both left the Club on permanent deals to Derby County and Hull City respectively.

David Wagner will reveal the fitness of Elias Kachunga in his press conference after the forward was subbed off in last week’s victory over Manchester United with a back injury.

Collin Quaner has returned to full First Team training and could be in contention for the game. Philip Billing (ankle), Jon Gorenc Stankovic (knee), Michael Hefele (Achilles) and Kasey Palmer (hamstring) are all still unavailable.

Liverpool will be without Sadio Mané for the game. The Senegalese international has a hamstring issue.

He joins Adam Lallana, Adam Bogdan and Nathaniel Clyne on the physio’s table, with the latter two being long-term injuries.

Huddersfield Town sold out its full allocation for the Premier League match at Anfield.

Huddersfield Town will wear the famous blue and white stripes at Anfield against Liverpool. The Terriers' shirts will also include a poppy.

There will not be any trains running in or out of Huddersfield on Saturday 28 October. A replacement coach service has been made available to fans.

You can find out what routes will be effected by clicking here.

You can also travel to the game via the Huddersfield Town Official Supporter Coaches.

The coaches will leave the Club’s PPG Canalside Training Ground at 11:45 and are available for £15.