Were you a lucky winner from Huddersfield Town’s Golden Gamble draw, sponsored by Barden Print, at Saturday’s draw against Tottenham Hotspur?

Huddersfield Town defender Jon Stanković made his way onto the John Smith’s Stadium pitch to draw the following numbers:

Derek (below) joined Jon pitch side at half-time against Tottenham Hotspur and won the £1,750 cash rollover from the Take Your Pick board, meaning he walked from the match with £2,750! 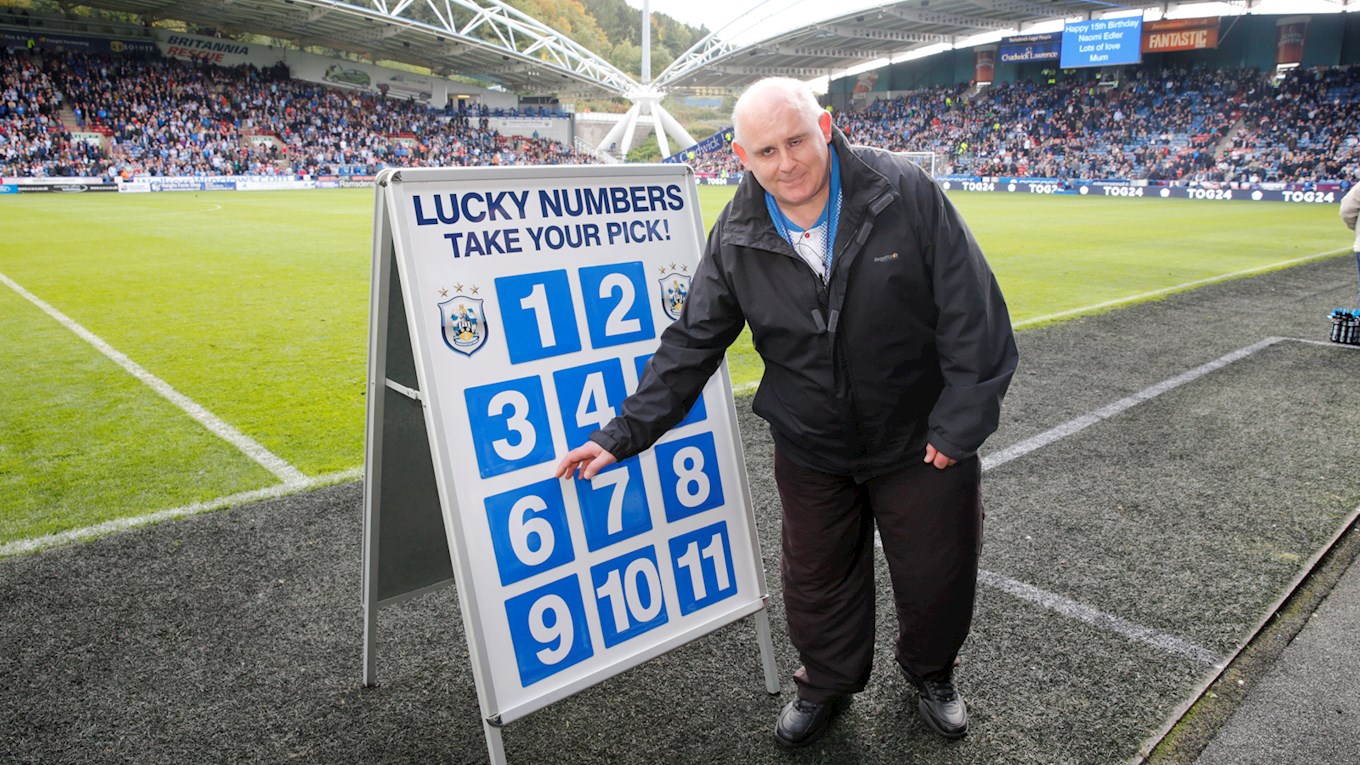 That means that the cash rollover will now be £250 at Town’s next Premier League home match against Manchester United after the international break.

To claim your prize from the Tottenham Hotspur match please contact Town’s Promotions Department by calling 01484 484146 or email lotteries@htafc.com.