Huddersfield Town Head Coach David Wagner told the press that his side goes into the Premier League match against Arsenal with confidence.

Wagner explained that his side can take a number of positives out of the Man City match going into the game against Arsenal and described his excitement of taking the Club to the Emirates Stadium for a Premier League match.

Town’s Head Coach continued to state that his side will make it as uncomfortable as possible for Arsène Wenger’s side on Wednesday evening and explained that this is his side’s next chance to improve their away record.

When asked if his side go into the match against Arsenal with confidence, David Wagner commented:

“Not only from the performance from the last game, but with the belief we have going into every game, which is what this group has done so far in the Premier League.

“Everyone is aware of Arsenal’s home record as well as our away record, so it looks like the chances we have aren’t the highest, but tomorrow evening when the game starts this doesn’t count.

You can watch clips from his press conference below via #HTTV, which is sponsored by Illingworth & Gregory.

David Wagner continued to discuss the latest team news ahead of the Premier League match revealing that he is has the whole squad training with him except for the long-term absentees – Philip Billing (ankle), Jon Stanković (knee) and Michael Hefele (Achilles).

Town will also be without Rajiv van La Parra who was sent off against Manchester City.

Hear what David Wagner said about Town’s team news below via #HTTV, which is sponsored by Illingworth and Gregory. 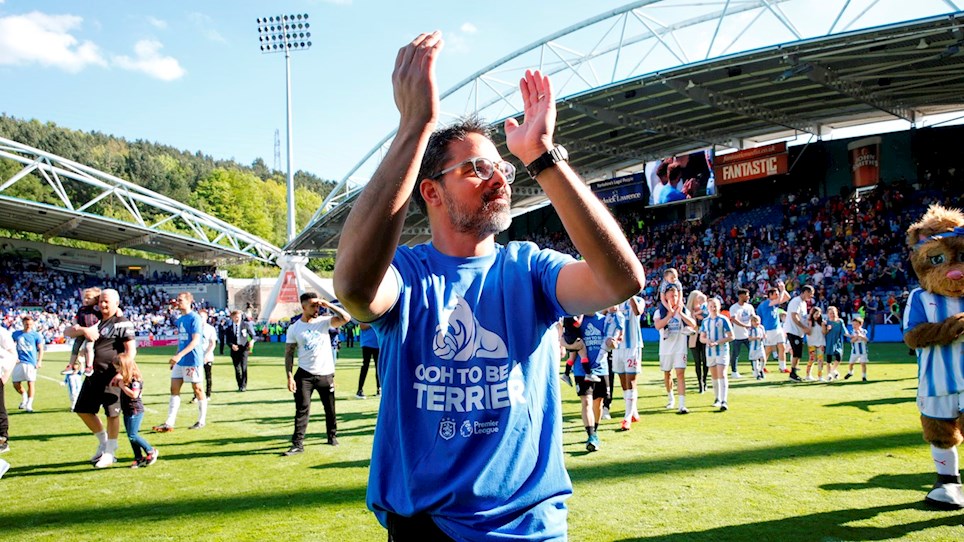 WAGNER: IT'S A DAY OF CELEBRATION