- Huddersfield Town Remembrance Day game took place last Saturday
- The Club raised £1,721.54 for the Royal British Legion
- A minute’s silence observed by both teams ahead of the game against West Brom

Last Saturday’s Premier League game against West Bromwich Albion was designated as Huddersfield Town’s Remembrance Day fixture with the Club carrying out a number of activities in homage to those who lost their lives fighting for our freedom.

In total, the Club raised £1,721.54 for the Royal British Legion following collections from poppy sales at the turnstiles along with the sale of Huddersfield Town branded poppy pin badges from the Club Shop, that completely sold out. 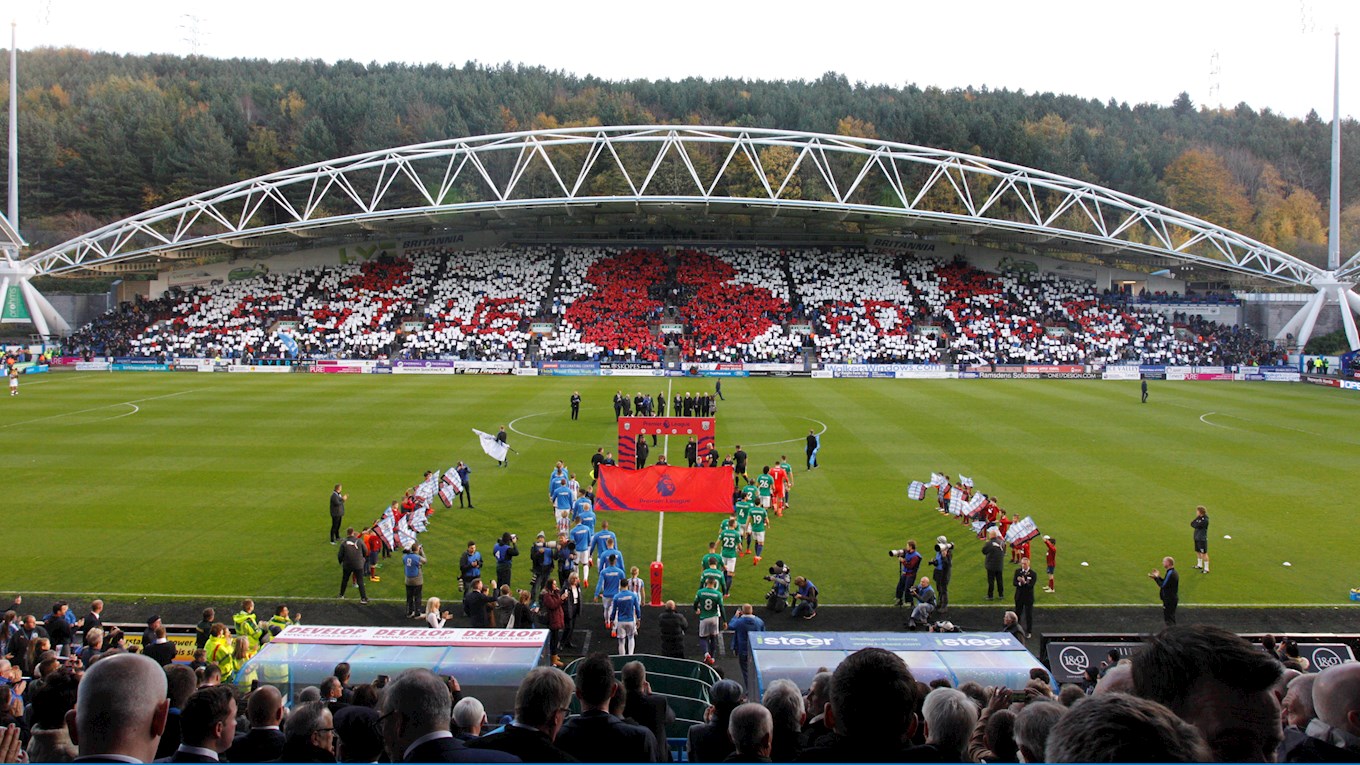 Whilst entering the field of play, the Huddersfield Town supporters in the Britannia Rescue Stand displayed a giant poppy surrounded by the wording ‘Lest We Forget’ to begin the Remembrance Day celebrations that would take place.

The players from both teams were joined on the pitch by members of the 6 Regiment REME RLC and Dave Horan from Terrier Brass who played the last post whilst players and supporters stood together to observe a minute’s silence. 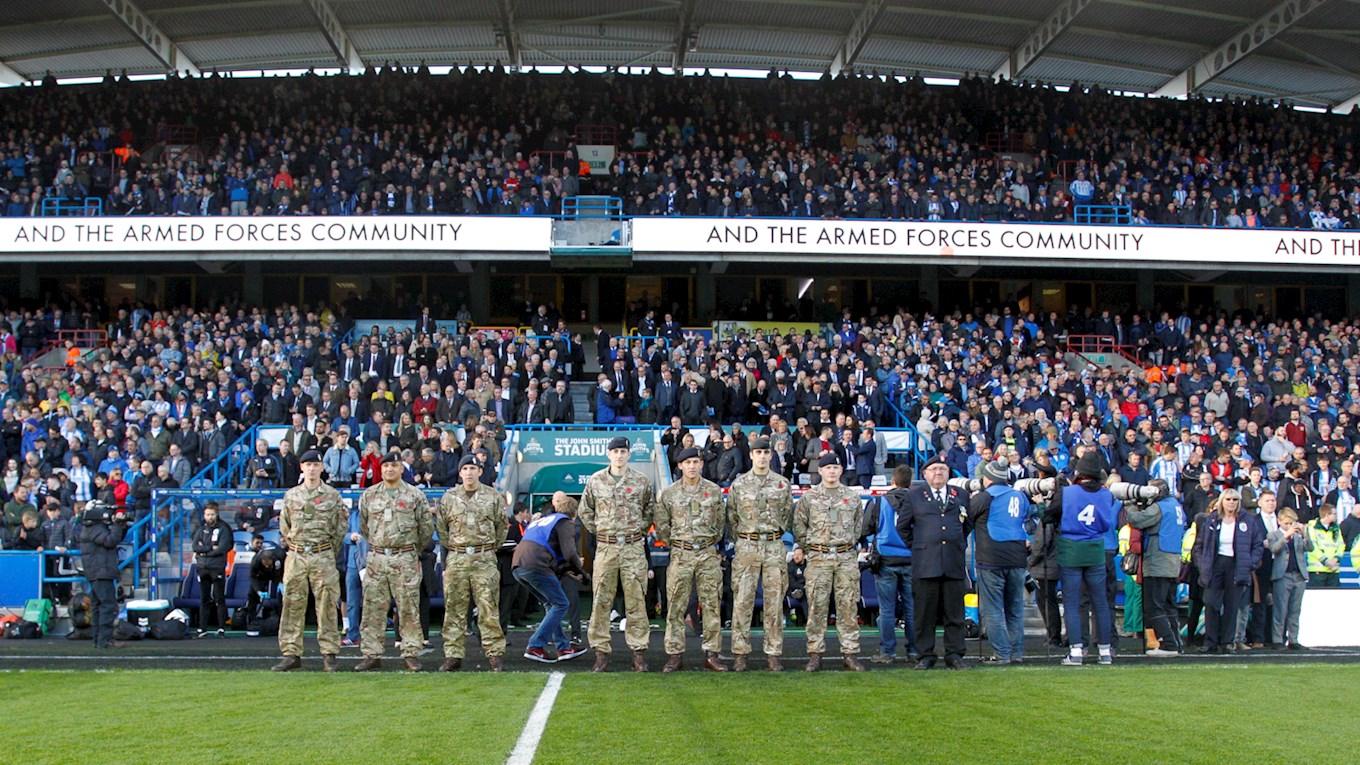 Messages about the Poppy Appeal were also displayed on the scoreboard and LED boards surrounding the perimeter of the pitch ahead of the game and during the minute’s silence.

The Huddersfield Town players had poppies printed into their shirts for the game with the match-worn shirts to be auctioned off by the Royal British Legion, with proceeds to be used to support them with their campaigns. Further details about the auction will follow in the coming days. 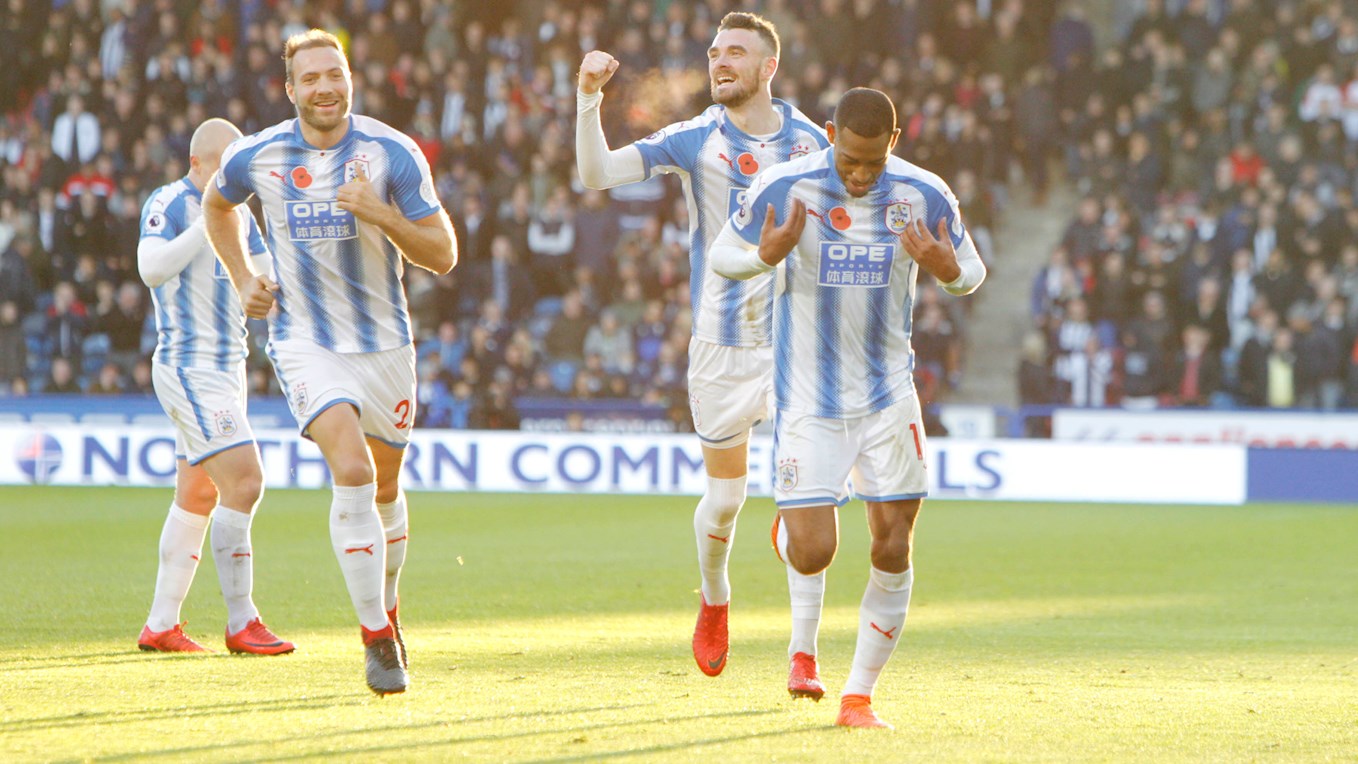 You can register your interest in the Town shirts by clicking HERE. 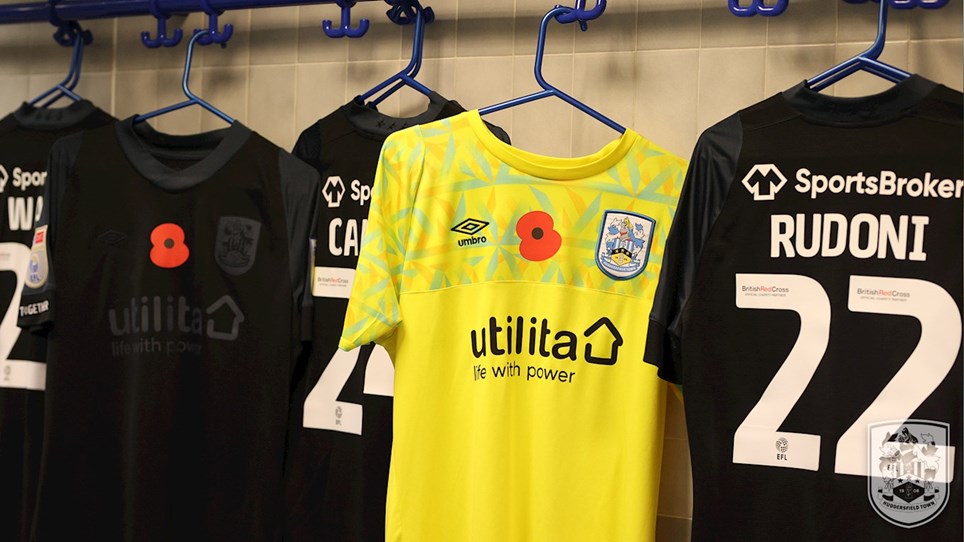 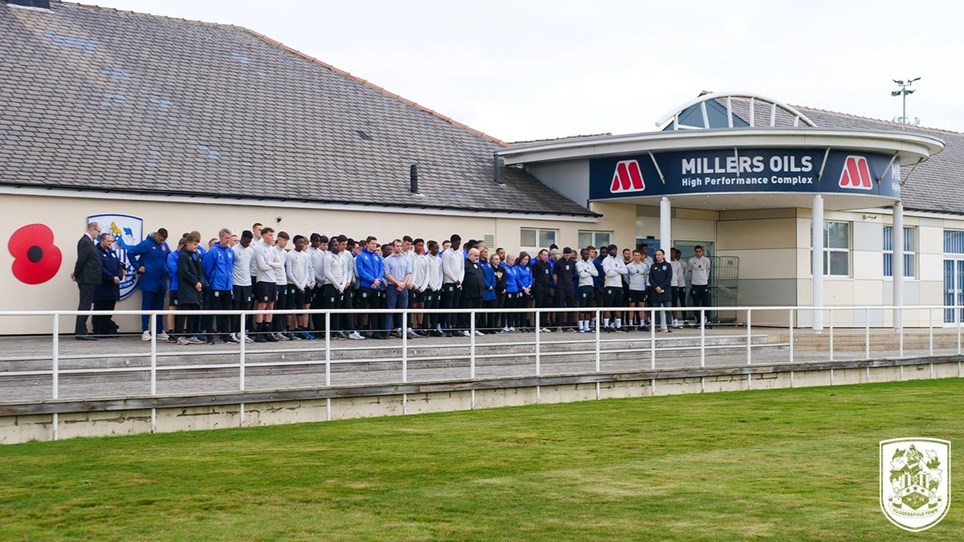 
Town to pay tribute to those lost in armed conflict