Aaron Mooy spoke to #HTTV ahead of West Brom match

The midfielder went into detail on what Huddersfield Town can expect from its opponents this weekend and explained how it’ll be a very different game to Town’s last two fixtures.

The Australian international discussed his goal scoring form at the John Smith’s Stadium and what it was like to meet young Town fan Adam following the win over Manchester United.

When speaking about this weekend’s game against West Brom, Aaron commented:

“I think they will be a very well organised team so when we have the ball it’ll be more difficult to break them down.

“We have been working on stuff in training this week to try and exploit that and hopefully we can.

“Last year, in the majority of the games, we had more of the ball but obviously so far it’s been a little bit different this season.

“We have been playing against teams who also like to dominate the ball like Liverpool, but we are all learning and experiencing new things. Ultimately, that’ll make us a better team.”

You can watch clips from the midfielder's interview below via #HTTV! 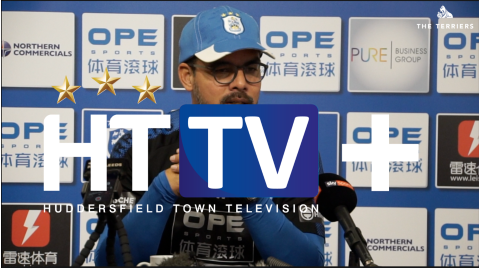 WAGNER: WE WILL USE THE ENERGY FROM THE STANDS