Town’s last game before the international break sees Tony Pulis bring his West Brom side to the John Smith’s Stadium.

Both sides are looking to bounce back from defeats in the league to Liverpool and Manchester City respectively and a win for The Terriers can see them go as high as eighth heading into the winter international break.

The Baggies travel to West Yorkshire in search of their first three points in three months, having not won in the league since Hal Robson-Kanu netted in a 1-0 victory over Burnley away at Turf Moor. 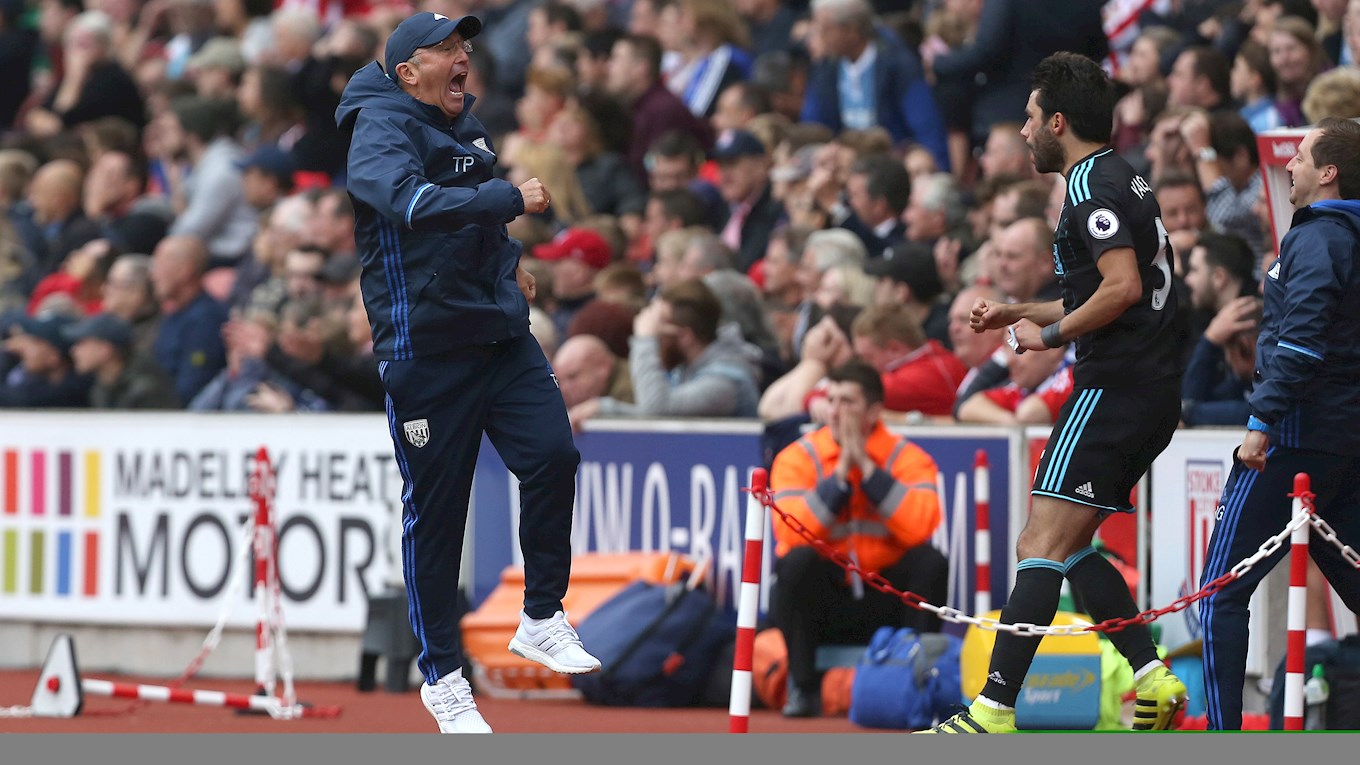 Since then, West Brom have only managed to find the net eight times in seven games. Former Southampton and Burnley man Jay Rodriguez sits as West Broms top goalscorer in the league on 2, with seven of his teammate’s joint second with one goal. Tony Pulis’s side currently sit in 15th in the table, two points above the relegation places and two points behind Town in 13th place.

Despite this, The Baggies have the best goal difference in the bottom eight. Tony Pulis added more experience to his defensive ranks in Gareth Barry and Kieran Gibbs on permanent deals along with Egyptian international Ahmed Hegazi on loan from Al Ahly.

West Brom secured the signature of PSG holding midfielder Grzegorz Krychowiak on a season long loan. The Polish internationals tough tackling and ability to read the game makes him the perfect midfield partner for Barry in the centre.

Salomón Rondón finished as West Brom’s top scorer last season for the second year in a row. The Venezuelan found the net eight times in all competitions, adding to his ten in the previous campaign. The former Zenit Saint Petersburg striker has netted twice this season, against Watford in the league and Accrington Stanley in the Carabao Cup and will be a constant threat to The Terriers back line with his size and strength. 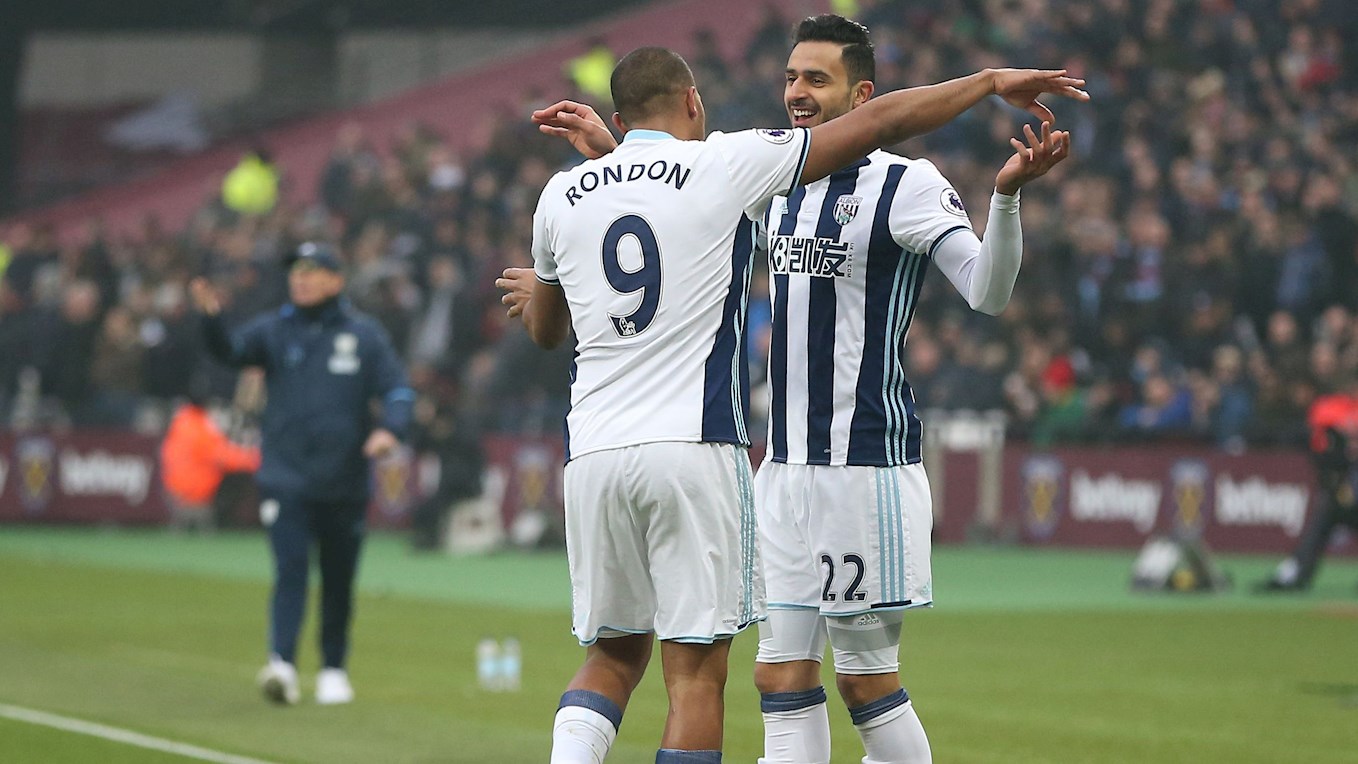 Jay Rodriguez has arguably been West Brom’s biggest attacking threat this season. With two goals already to his name in his debut season at The Hawthorns, the tricky forward looks to be rekindling the form before the anterior cruciate ligament injury that side-lined him for 16 months. The England Internationals pressing from the front and runs in behind fits the West Brom ethos and was enough to warrant Tony Pulis paying a reported £12 million for his services in the summer transfer window.

Kieran Gibbs has been an instant hit in The Black Country since he ended his decade long spell at Arsenal in search of regular first team football. The left sided full back has featured in every game this season since his reported £6.75 million move and has added more grit and pace to the side. With the World Cup in Russia on the horizon, consistent minutes and performances from the 28 year old could force his name into contention for Gareth Southgate’s option at left back.

Tony Pulis added quality in depth to his squad over the summer to build on the solid foundations he has already set in his two years in the West Brom hot seat.

The season long loan signings of Ahmed Hegazi and Grzegorz Krychowiak has brought in the necessary quality and options to challenge and build on their 10th place finish last season.

The most notable departure in the summer came in the form of former Manchester United midfielder and club captain Darren Fletcher to Stoke on a free transfer. Gareth Barry has been tasked of filling the leadership role left by the Scotsman in midfield, with Jonny Evans being named the new club captain.

TEAM NEWS-TOWN:
David Wagner will elaborate more on the availability of Rajiv van La Parra following his substitution in the first half against Liverpool. The Dutchman was withdrawn with a suspected groin injury.
The Terriers will be unable to call upon Phillip Billing (ankle) Jon Gorenc Stanković (knee) Michael Hefele (Achilles) and Kasey Palmer (hamstring) who are all still recovering from long term injuries.

TICKET INFORMATION:
This Saturday’s game is fully sold out

#HTTV
If you would like to listen to the game, full match commentary will be provided by BBC Radio Leeds via #HTTV; Click here to subscribe

KIT:
Town will be turning out in their famous blue and white strips. The shirts will also feature a poppy.