Huddersfield Town’s official matchday programme, The Terrier, will go on sale before the Club’s Premier League game at home to Manchester City on Sunday.

You can purchase a copy of the programme from around the John Smith’s Stadium, the Club Shop and from the PPG Canalside Fanzone.

The programme will cost £3.50 for 84 pages of exclusive Town content ahead of the 4pm kick-off at the John Smith’s Stadium.

The exclusive feature interview is with Club Captain Tommy Smith. He re-lives the Play-Off final and describes the pure emotion he felt when Christopher Schindler scored the winning penalty at Wembley, whilst also discussed his time as a youngster at Manchester City. 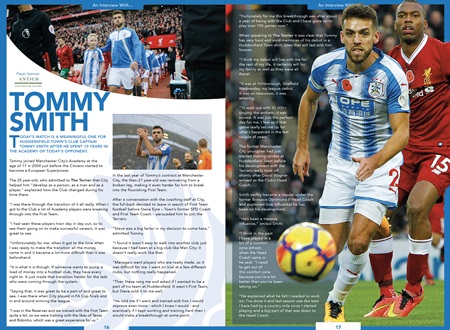 Chairman Dean Hoyle and Head Coach David Wagner give their support to the Rainbow Laces campaign, backing the Club’s and the Premier League’s links with the LGBT charity Stonewall. As does league ever-present centre-half Mathias Zanka who will be sporting the multi-coloured laces on Sunday. Zanka tells us how he believes “football is for everyone.” 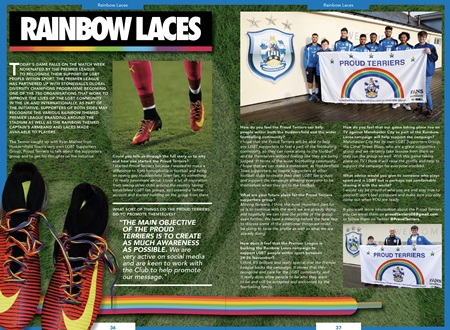 There’s a full Man City preview complete with a Pep Guardiola history and a look at the Cityzens’ ‘Ones to Watch.’ The programme also includes action from the archives where we run you through some of the most interesting meetings between the two sides over the years and ask if you remember the 1997/98 Town team. 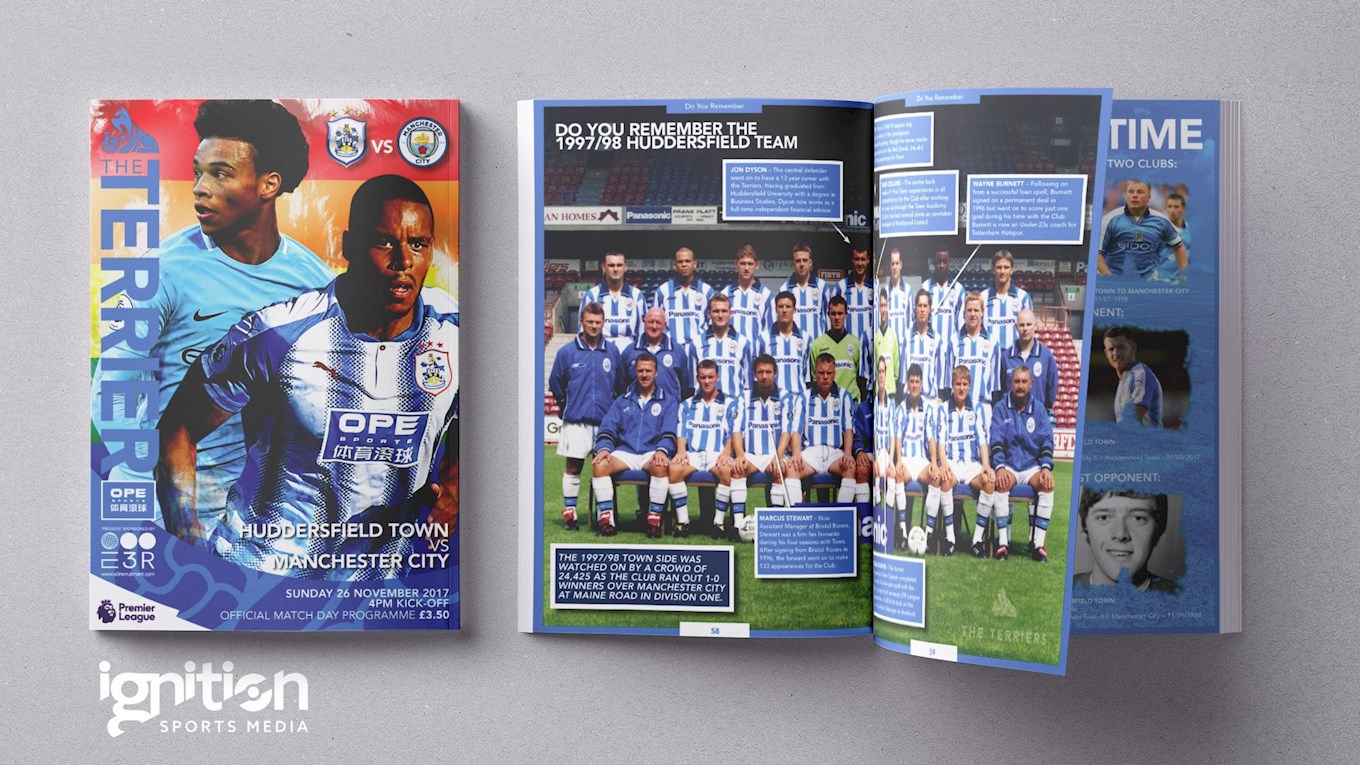 There’s also a number of interesting features as Rajiv van La Parra answers some of your questions and Martin Cranie reveals his 5-a-side team.

There’s all this and more so make sure you pick up a copy ahead of the Manchester City game tomorrow!