- Dean Hoyle honours his 'Premier Pledge'
- Over 4,000 Town fans recieve mail from the Club
- Three options to supporters, plus a memento!

Over 4,000 Town fans who have had Season Cards for the entirety of Dean Hoyle’s tenure as Chairman will receive mail from the Club this week.

The Town Chairman made a ‘Premier Pledge’ back in 2010; that Season Cards for fans who had a Season Card in every year of his time at the Club, running back to the 2008/09 campaign, would be £100 if Town reached the Premier League.

This week, that pledge has been rolled out, with the 4,000+ eligible fans receiving mail in the post with three available options:

- To receive a £99 refund on their 2017/18 Season Card, which cost £199 for adults.
- To receive a voucher worth £110 to spend in the Club’s retail outlets
- To donate their £99 refund to the Town Foundation charity, with Chairman Dean Hoyle adding an extra £26 donation to top it up

Supporters can choose any of the three options on the form and return it freepost, with the Club actioning it in due course.

Eligible Town fans will also receive a special memento from the Club to thank them for their continued support. That can be collected from the Stadium Superstore by showing their ‘Premier Pledge’ pack from Monday 17 July 2017. 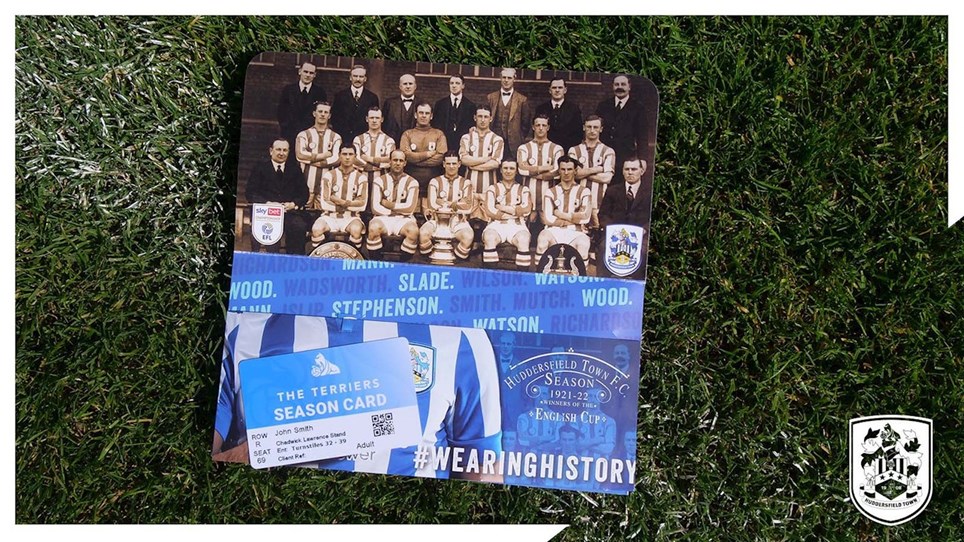 
Stadium Store offering FREE name and number printing for the next 10 days!