A breakdown of Town's Wembley support

Fans travelled from far and wide to be at Wembley, with people flying in from 28 countries including Brazil, New Zealand, Australia and all the Scandinavian countries. Included were eight fans of Dynamo Dresden, kitted out in their home side’s shirts, who were there to support their former skipper Michael Hefele and Town!

The whole of the British Isles was represented also including Northern Ireland, Republic of Ireland, Scotland, Wales and the Channel Islands.

Town Travel took 3,898 fans on 85 official coaches, organised by Stotts Coaches, from the John Smith’s Stadium to Wembley. These coaches, together with the number of privately hired coaches, mini-buses and private cars meant that the Leicestershire and Northamptonshire Police had to temporarily close the service stations on the M1 due to queuing traffic on the entry slip roads! 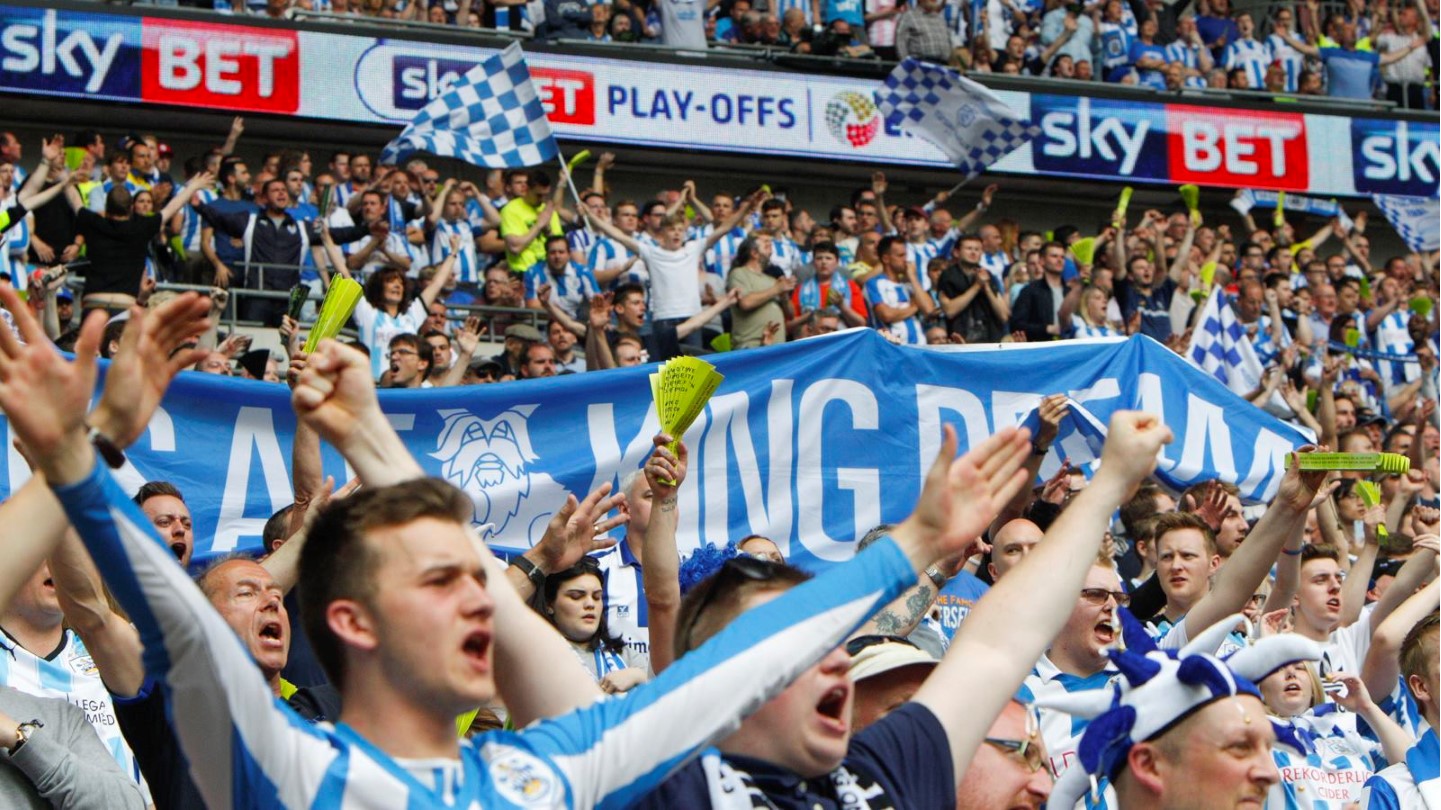 “I can’t thank the Ticket Office staff enough for the long hours and hard work they put in to sell over 37,000 match tickets and a further 3,900 coach tickets in less than a week!

“I also thank all the Town supporters for their patience in trying to get through on the phone or online especially in the first few days they went on sale. The sight of the west end of Wembley Stadium almost full was unbelievable and I’m glad everyone was rewarded with promotion to the Premier League!”

The Sky Bet Championship Play-Off Final was shown live in the UK on Sky Sports, which had an average audience of over 1.2million. On top of that, 40 overseas broadcasters showed the Final live in over 70 countries.

The Ticket Office wasn’t the only busy department. The Hospitality team sold over 350 hospitality packages and hired five coaches to take sponsors and their guests to the Play-Off Final.

Town’s retail outlets have had their busiest month on record in May with over 3,000 official t-shirts sold beforehand; the ‘We’re on our way’ t-shirts being the most popular. Over 2,500 flags were bought as well!

Since promotion to the Premier League was secured by Schindler’s penalty, over 2,500 ‘We are Premier League’ t-shirts have been sold, some of which have been bought by fans overseas including China, Australia, Germany, Turkey, New Zealand and, of course, Bermuda!

Play-Off Final and Premier League merchandise and souvenirs including the Play-Off Final match day programme are still available from all the retail outlets – CLICK HERE to visit htafcmegastore.com.

Did you get snapped at Wembley? CLICK HERE to visit our gallery on HTAFC’s official Facebook page