Details on the USA international’s career

The combative midfielder arrives with a host of experience under his belt in the top echelons of German and English football as the Terriers prepare for the Club’s first ever season in the Premier League.

Williams was born on 8 March 1989 in Karlsruhe, Germany. Much like Town Head Coach David Wagner, Danny is a native German but qualifies to play for the United States at international level through his father.

He joined his hometown club Karlsruher SC as a youngster, but moved to Bundesliga side SC Freiburg’s Academy and turned professional there.

He made his senior debut aged 20 on 22 January 2010 against Town’s pre-season opponent VfB Stuttgart and went on to make nine appearances that season, including two starts, largely at right back.

Danny was on the move in August 2011, completing a transfer to fellow Bundesliga outfit 1899 Hoffenheim. It was here that he played regular senior football for the first time, playing 24 games in 2011/12 and a further 21 the next season.

He also received his first call-up to the USA squad as a Hoffenheim player, despite representing Germany’s Under-15 side previously.

Williams moved to England in the summer of 2013, joining Sky Bet Championship side Reading for an undisclosed fee, signing a four year contract.

During the last four seasons, Danny has scored 14 goals in 156 Royals appearances – including a spectacular effort against Blackburn Rovers that was named the Club’s Goal of the Year in 2016.

He arrives at Town with 22 USA caps and two international goals under his belt. 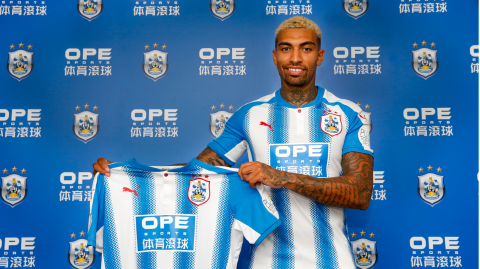