Huddersfield Town has today issued a clear message to supporters for the upcoming Premier League game at home to Brighton & Hove Albion; please bring your favourite blue and white scarf!

As a follow-up to the inaugural ‘Scarf Game’ against Wigan Athletic just over a year ago, the Club is encouraging supporters to create a real visual spectacle using Town scarves in all four home ends.

If you don’t have a blue and white scarf for the occasion, don’t panic! The Stadium Superstore and the Terriers Store at the John Smith’s Stadium, the Packhorse Centre store in Huddersfield and htafcmegastore.com have a full range of stocked scarves available right now! 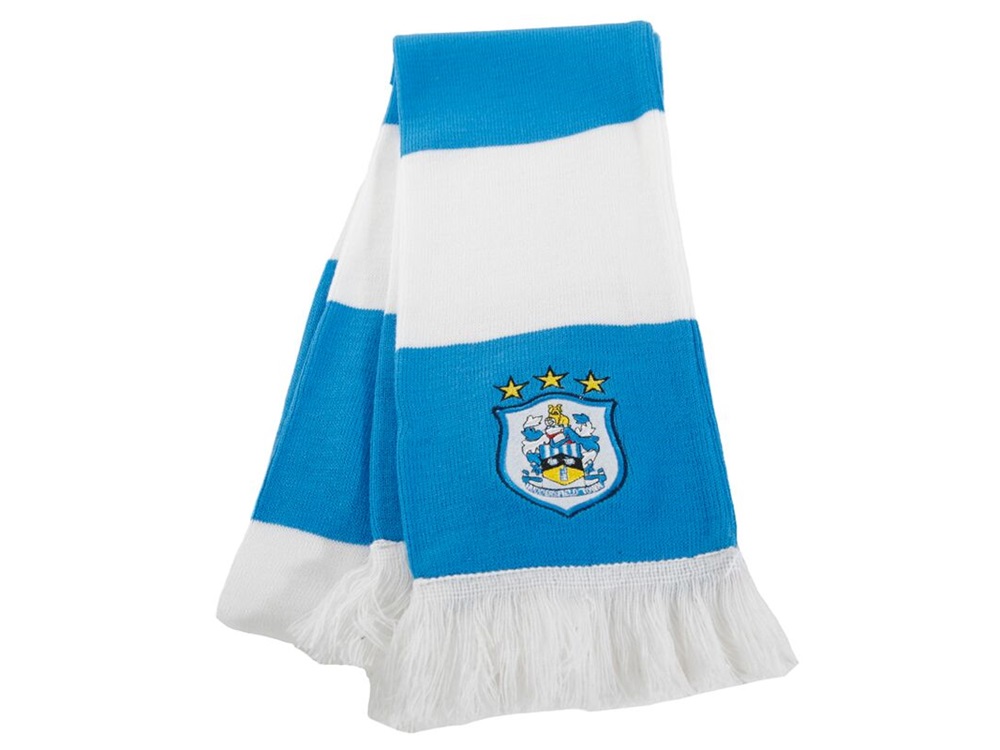 As a special bonus, 100 unique ‘Young Terriers’ scarves will be handed out to the first junior supporters visiting the pre-match Fanzone at PPG Canalside and entering the Fantastic Family Stand on match days! 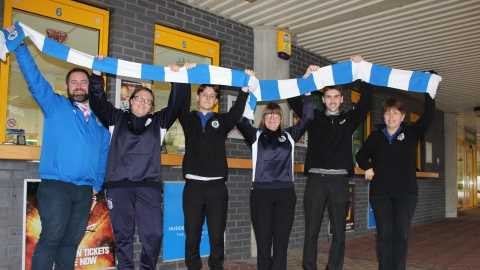 “The atmosphere and level of support at the John Smith’s Stadium has been the talk of the Premier League so far this season. Our fans are rightly getting national recognition from pundits, managers and fellow fans alike.

“Now, building on the success of last year, we want to add a visual effect to the cacophony of noise by asking fans to bring their blue and white scarves, display them proudly and swing them high in the air!

“I’ve been to Germany and seen this done very effectively at huge clubs like Dortmund, so I’d ask every fan to buy into the spirit of the occasion and help the Club create something special once again.”