Another battling away effort came up short as second-half goals from Gylfi Sigurdsson and Dominic Calvert-Lewin ensured Sam Allardyce's tenor on the Blue half of Merseyside began with a victory.

The Terriers just couldn't find the necessary response after Sigurdsson's bitter blow just 3 minutes after the break, and Calvert-Lewin secured Everton the victory after sprinting clear to finish and wrap up the points.

The ever-superb travelling Town fans would have been overjoyed at the team-news announcement which included a spot on the bench for Kasey Palmer, who had been out of action since last appearing for the Club in a 0-0 draw with Southampton at the end of August. It wasn't that long ago when Town last visited this prestigious ground, where a 5-1 defeat eliminated Town in the League Cup back in 2010. (last win 1937)

From the off, Town attempted to allow the home side little time in possession; a quick succession of fouls by Malone and Williams summed up the notion of the initial outlines of a dogged, harrying display. Elias Kachunga knew little about the Terriers first shot on target of the contest, as the DR Congo winger out-jumped his marker in order to muster a headed effort which Jordan Pickford gathered caught comfortably on his goal-line.

The Toffee's first real threatening venture was effectively dealt with by Jonas Lössl scurrying across the ground with pace to halt Dominic Calvert-Lewin's surge down the right flank. On the opposite right flank, Tommy Smith set Collin Quaner (making his second straight Premier League appearance) into an inviting amount of space, before the German's teasing cross into the central six-yard box managed to evade every player within the vicinity.

Recently appointed Everton boss Sam Allardyce would've hoped for a more positive start with the ball no doubt, as Town took somewhat a large grip of the encounter by knocking the ball around with an impressive amount of confidence; stemming from the hungry tenacity to dispossess Blue shirts before any possible offensive manoeuvre had the time to gather momentum.

Home Skipper Wayne Rooney looked to follow-up his spectacular half-way line strike during the midweek win against West Ham by unleashing a thunderous volley from the edge of the area after Tom Davies' initial lofted through-ball took a wicked deflection. Mathias Zanka was the man to crucially- and painfully- throw his body in the way to block Rooney's first-time rocket from potentially causing Jonas Lössl a problem or two.

Tom Ince's neat turn and lay out wide-right allowed Tommy Smith to deliver an accurate cross, but Everton's defensive ranks cleared at the second time of asking before a Red and Black shirt could tuck home after Pickford's mishandling of the original cross.

The first match in December had really started to warm the terraces on a brisk day on the Mersey; an unlikely source provided Allardyce's men with their first real chance after cutting in from the left to more than test Danish custodian Lössl with a strong-wristed parry away from danger.

A World Cup winner at Under-20 level in the Summer, and entrusted to lead the front-line for Everton on this occasion, Dominic Calvert-Lewin rounded off a mini-spell of chances for the Blues by agonisingly poking wide from Gylfi Sigurdsson's free-kick.

Instead of the Toffee's looking galvanised after a new managerial appointment, it was David Wagner's inspired Terriers who did most of the donkey work to force the lion's share of possession. A chance came and went through Aaron Mooy's characteristically wicked free-kick from the left-hand floated inches over any arriving Town shirts who had stubbornly gathered to cause confusion in and around the Everton six-yard box. That chance arose from the lively Elias Kachunga showing excellent pace to get the right side of a chasing Idrissa Gueye, who in turn fouled the winger.

Half-time neared with no immediate signs that the deadlock was going to be broken anytime soon; but the Town support in one corner of Goodison continued to make an abundance of terrific noise in a bid to enhance the so-far solidly organised Town performance just that little bit further for the precious opening goal.

The interval brought with it that relieving moment which saw Kasey Palmer enter the field of play- in the place of Collin Quaner; Tom Ince moved to the right-wing, with Kasey slotting into his preferred central-attacking midfield role behind the work-horse figure of Laurent Depoitre.

Everton got the opening goal of the tie as Gylfi Sigurdsson rolled home to hand the Goodison Park outfit a slender advantage as the Icelandic International finished off a neat move instigated by Dominic Calvert-Lewin's skilful flick through the heart of the Town defence.

Everton were buoyed; Scott Malone had to be quick with his recovery to clear away for a corner after the electric Aaron Lennon had been found by Jonjoe Kenny in the right channel. Tom Ince went a long-way to quickly bringing Town level, as a barnstorming run down the left resulted in a powerful effort striking the side netting.

The Terriers came forward yet again as Elias Kachunga held the ball up well before delivering to the frame of Depoitre, but the Belgian striker couldn't provide an adequate connection- or any at all for that matter.

As the hour mark approached, the game resumed to it's pattern of the first half. The home side was content to sit deep and allow Town to dominate possession. That being said, a killer ball was lacking as tidy moves around the edge of the box were often withstood by a firm Toffee's defence.

The defensive resilience would lead to a chance on the break to double the lead. Wayne Rooney surged past his marker to link-up with Tom Davies, and the final rebound fell to Calvert-Lewin who was well-placed to fire off an effort on the swivel which Jonas Lössl batted away to great effect. Luckily for the Terriers, in the aftermath of Calvert-Lewin's shot being diverted away, a follow-up corner was somehow headed wide past the far-post from an un-marked Mason Holgate; a late arrival at the front-stick.

Danny Williams had been impressive in his defensive duties to say the least, and the USA International turned out a heavily crucial block to deny Wayne Rooney's hopeful ground pass from reaching an on-rushing Calvert-Lewin.

Instead of Town's pressure paying off for what would've been a deserved leveller, Calvert-Lewin latched onto a delicate, splitting pass to double Everton's lead and fired home past the advanced Jonas Lössl. The striker shrugged off two recovering Terriers defenders before seeing his effort find the back of the net via a cruel deflection which sealed a win on his managerial debut for Sam Allardyce. 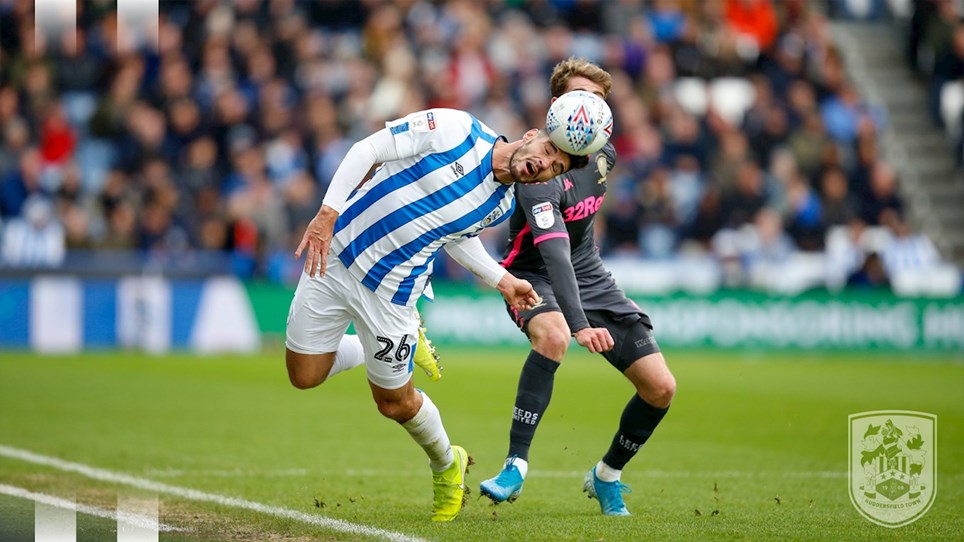 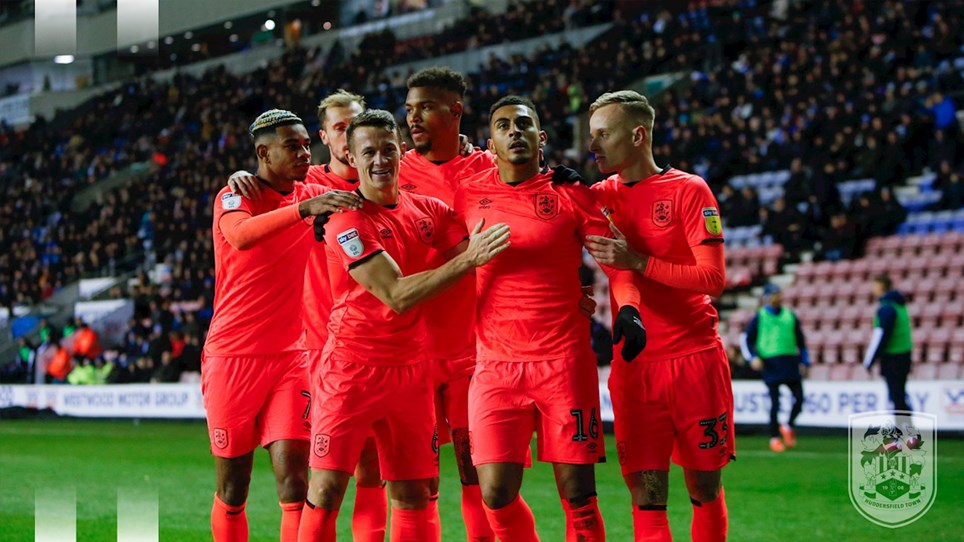 
A second half Karlan Grant equaliser ensured Huddersfield Town a 1-1 draw at Wigan Athletic in the Sky Bet Championship.


Huddersfield Town recorded a first home victory of the calendar year following a 2-0 win over Queens Park Rangers at the John Smith’s Stadium.