- Get a copy of The Terrier at the Brighton & Hove Albion game
- The 84-page Terrier can be yours for just £3.50
- The Terrier catches up with Izzy Brown who recalls his Play-Off Final memories

Huddersfield Town’s official matchday programme, The Terrier, will go on sale before the Club’s Premier League game at home to Brighton & HA on Saturday.

You can purchase a copy of the programme from around the John Smith’s Stadium, the Stadium Superstore and from the PPG Canalside Fanzone.

The programme will cost £3.50 for 84 pages of exclusive Town content ahead of the 3pm kick off at the John Smith’s Stadium. 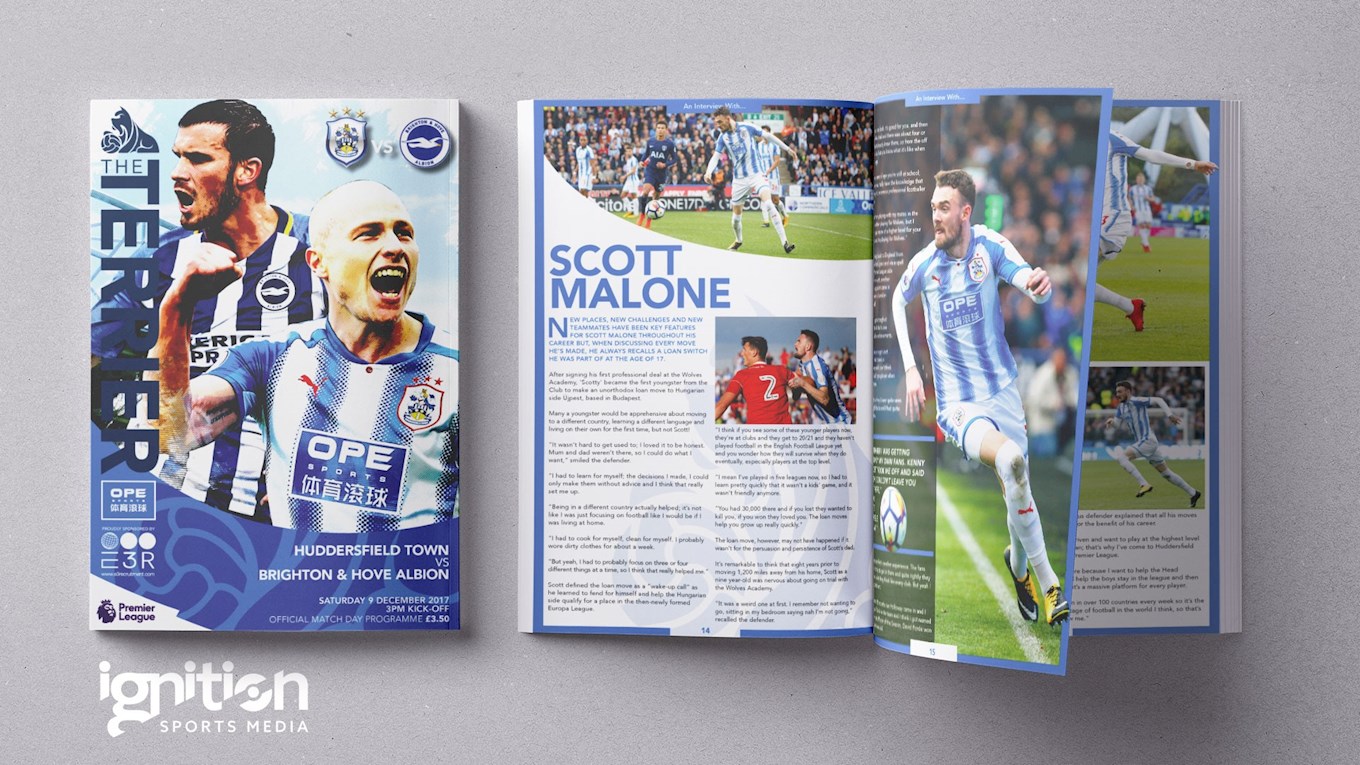 The main player feature is with summer signing Scott Malone. The left-back tells us how a loan spell to Hungary aged 17 has shaped his career progression. He also explained how he nearly never went to his first trial at Wolves’ Academy aged nine.

This edition also includes an ex-player feature as The Terrier catches up with Play-Off winning attacking midfielder Izzy Brown. Now plying his trade with Brighton & HA, he returns to the John Smith’s Stadium for the first time after his loan spell with Town finished. Izzy scored five goals in 20 games for Town between January and May earlier this year and praises the confidence David Wagner installed in him to enable him to produce so many match-winning performances. 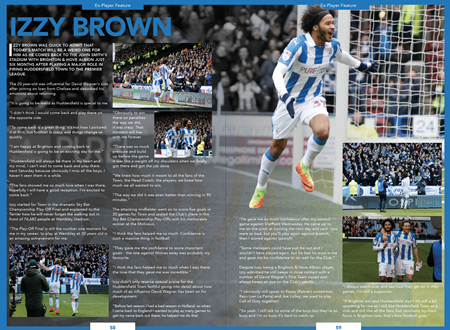 Columnist Doug Thomson looks at the managerial merry-go-round in the modern game, comparing that to managerial longevity in the 1970s in this week’s ‘An Outside View.’ Doug has been writing on Town for the Huddersfield Examiner for more than a decade, and now lectures in Sports Journalism at Huddersfield University, Doug has been a Town fan since birth.

After recently captaining the USA national side, midfielder Danny Williams reveals his Five-a-side team from men he’s played with during a career that’s seen him turn out for Freiburg, Hoffenheim and Reading before Town.

If you need to buy Christmas gifts, look no further than page 75, Terry the Terrier recommends his top five Christmas presents! 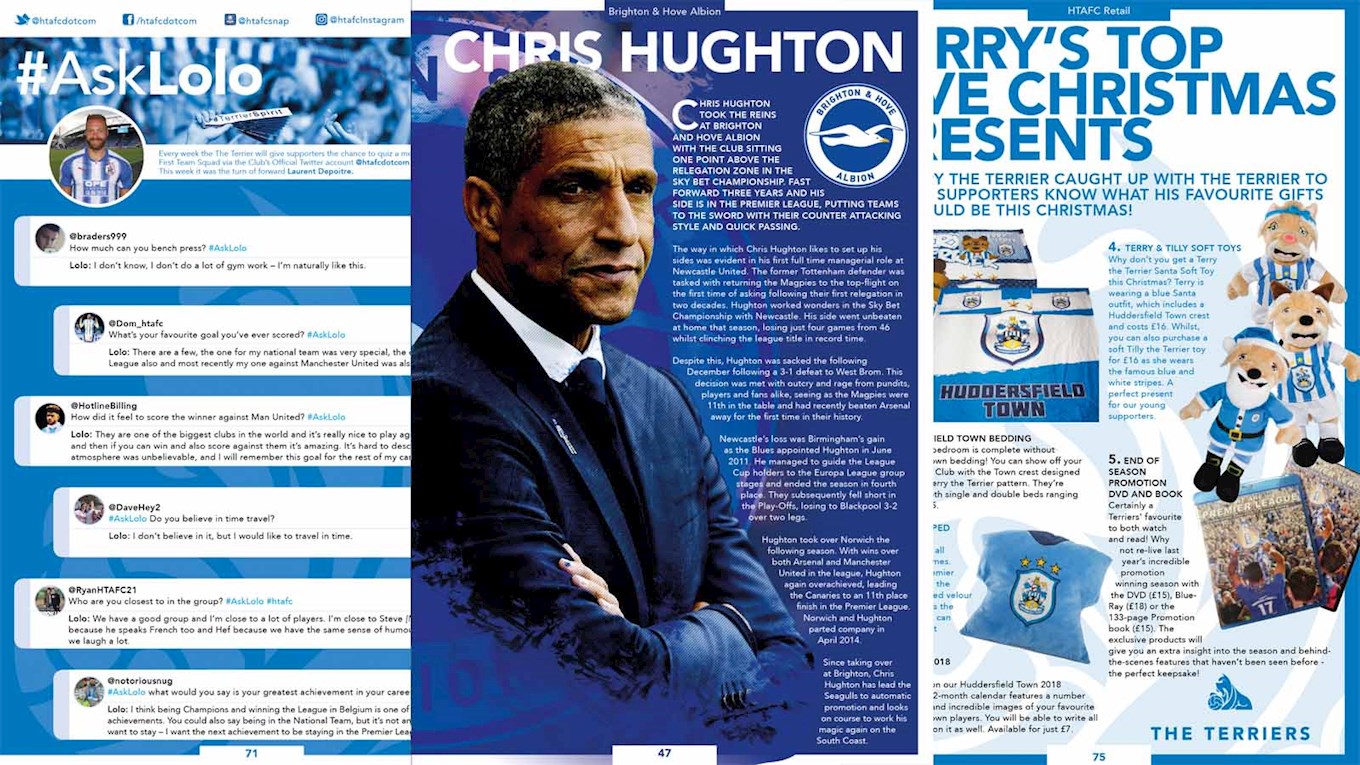 If you want the lowdown on Brighton & Hove Albion, look no further than The Terrier; there are several pages featuring the ones to look out for in the opposing squad and we revisit some of the previous matches between the two sides. 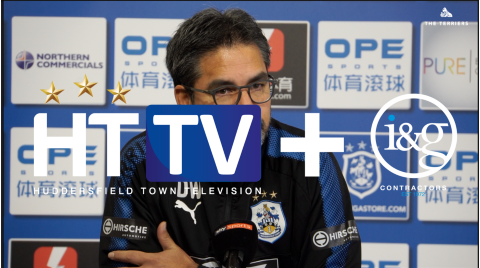