Were you a lucky winner against Chelsea?

- Winning numbers from Tuesday’s Golden Gamble draw
- One lucky supporter walked away with £1,000
- There’s still some prizes that need claiming from the Chelsea match

Were you a lucky winner from Huddersfield Town’s Golden Gamble draw, sponsored by Barden Print, at Tuesday’s match against Chelsea?

Former Huddersfield Town Manager Peter Jackson made his way onto the pitch at half-time to draw the following numbers:

Chris Ellis made his way pitch-side at half-time to play the ‘Take Your Pick’ game and won a Huddersfield Town umbrella! 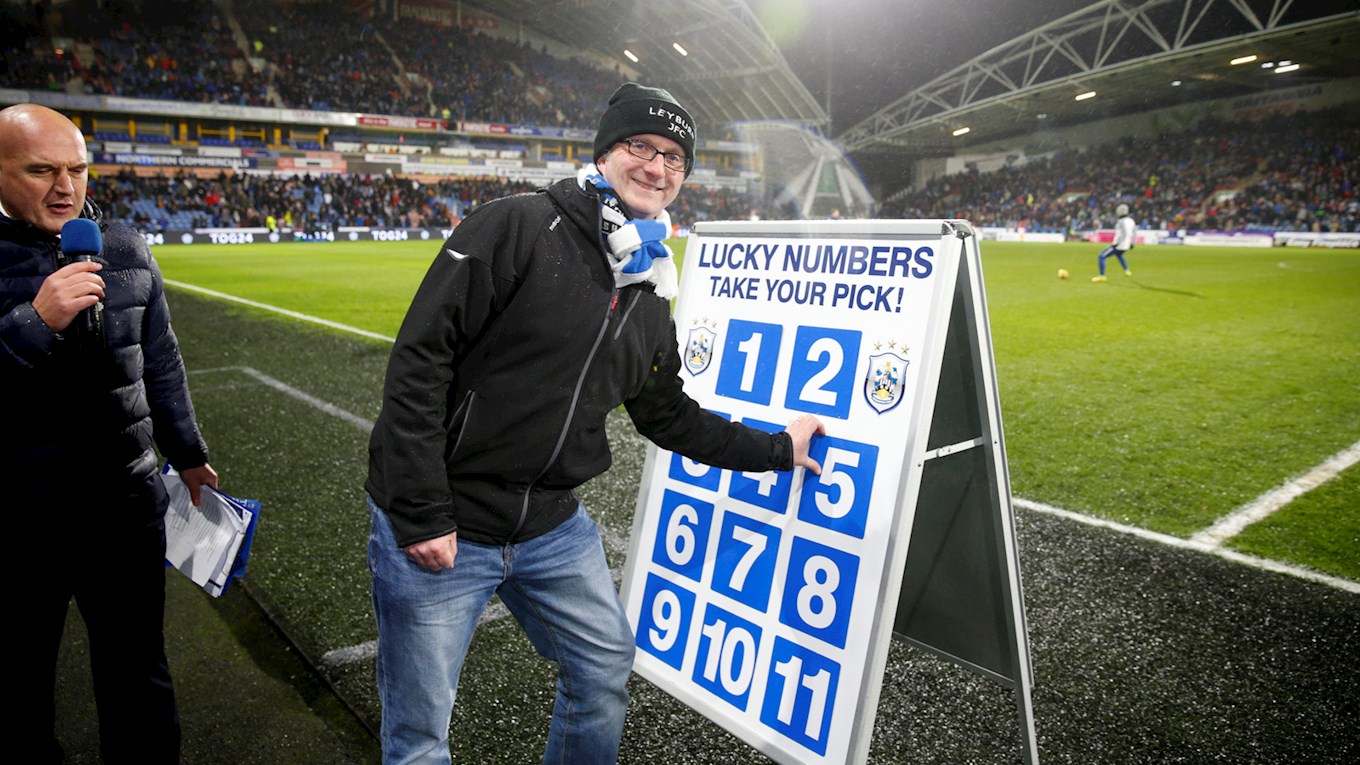 That means the cash rollover will now be £500 at the Terriers’ next home Premier League home game against Stoke City on Boxing Day.