- Winning numbers from Sunday’s Golden Gamble draw
- One lucky supporters won £2,000
- You could win £1,250 from Town’s match against Chelsea

Were you a lucky winner from Huddersfield Town’s Golden Gamble draw, sponsored by Barden Print, at Saturday’s match against Brighton & Hove Albion?

Former Huddersfield Town striker Pawel Abbott made his way onto the pitch at half-time to draw the following numbers:

Ian Greenwood made his way pitch-side at half-time to play the ‘Take Your Pick’ game and won the £1,000 cash rollover! 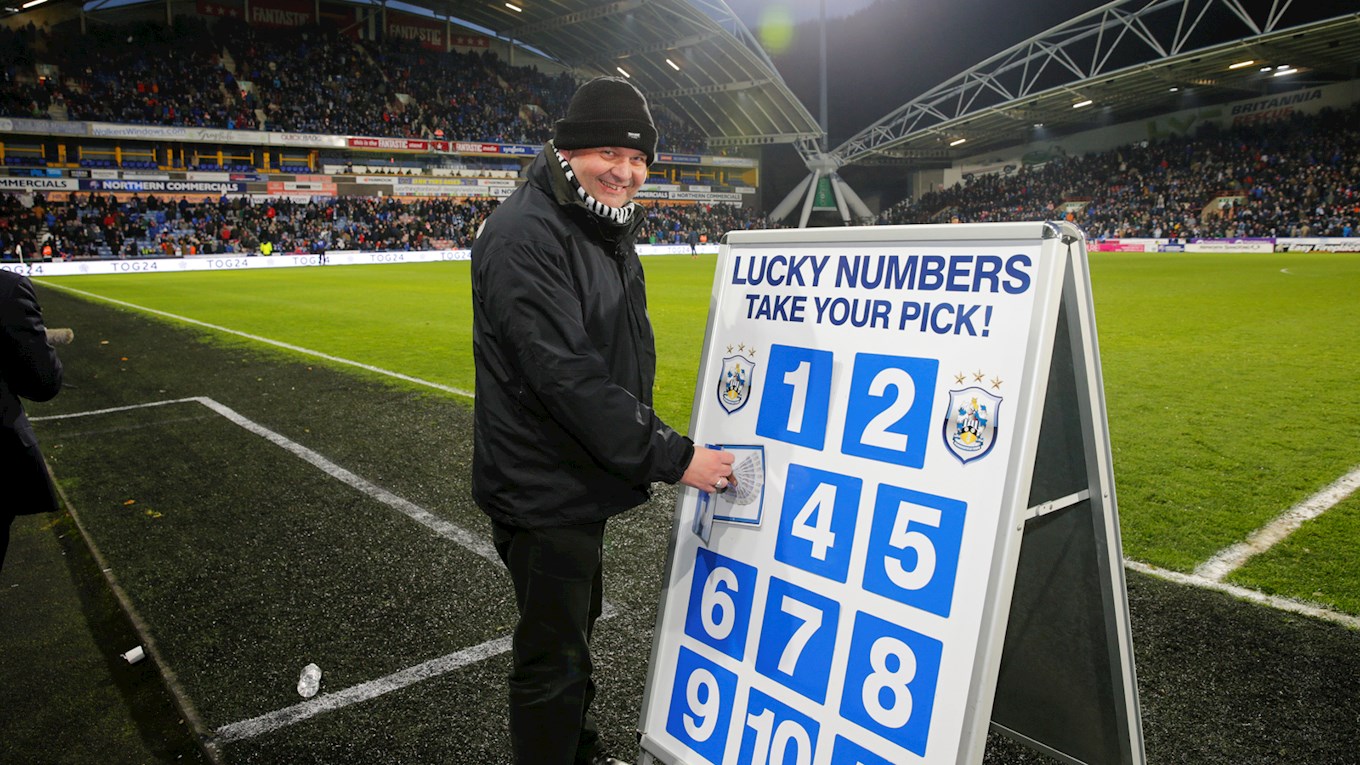 YOU COULD WIN AGAIN ON TUESDAY AGAINST CHELSEA!

You can walk away from Tuesday’s game against Chelsea with £1,250 if you purchase a Golden Gamble ticket!

For as little as £1 you could walk away with the first cash prize of £1,000 and win one of the ‘Take Your Pick’ prizes, which includes the £250 rollover.

If your ticket is drawn at Tuesday’s match, you will instantly win the first prize of £1,000 and also have the chance to win an extra prize during the half-time interval.

You will be invited down pitch side at half-time and play out ‘Take Your Pick’ game where you can win one of these prizes:

There will be three £100 runner-up prizes against Chelsea as well as a special Gold Ticket prize which will change from game to game.

To be in with a chance of winning the Gold Prize, which this week is a signed Huddersfield Town ball and shirt, you must purchase five tickets for the Golden Gamble draw.

For more information about Town’s Golden Gamble draw or to become a Blue and White Foundation member call 01484 484146.