Another midweek friendly for Academy youngsters

- Highlights of the Under-23 game vs Sheff Utd
- Academy side at Brighouse Town on Wednesday evening
- Leigh Bromby leading side in 7.45pm kick-off

A Huddersfield Town Academy side will be in action on the evening of Wednesday 6 December in the latest friendly against a local senior side.

Professional Development Coach Leigh Bromby will take a side consisting predominantly of Under-18 and Under-16 players, alongside a handful of their Under-23 colleagues, in the game against the Evo-Stik League Division One North outfit.

The game, which will consist of three 30-minute halves, will kick-off at 7.45pm at Brighouse Town’s Yorkshire Payments Stadium with admission set at £4 for adults, £2 for concessions and free of charge for Under-12s.

This is the second game of this nature in recent weeks for Town’s younger players, following on from the 2-2 draw at Ossett Albion. 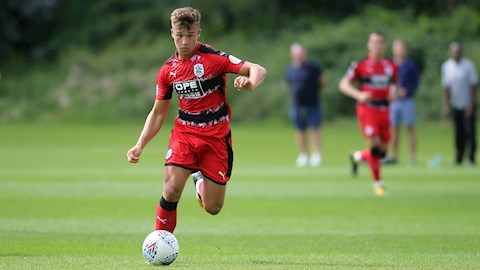 As always, you can follow team news and live score updates of the game via Town’s official Academy Twitter account if you cannot make the game; @htafcacademy.

You can now watch highlights of the 4-2 home defeat for Frankie Bunn’s side at the hands of Sheffield United in the Professional Development League on Monday afternoon below, courtesy of #HTTV.