- Half-time Golden Gamble draw against Newcastle United
- You could walk away with £1,750 from the match against the Magpies
- Tickets available for just £1 around the John Smith’s Stadium

You can walk away from Sunday’s game against Newcastle United with £1,750 if you purchase a Golden Gamble ticket!

Similarly to last season, for as little as £1 you could walk away with the first cash prize of £1,000 and win one of the ‘Take Your Pick’ prizes which includes the £750 rollover.

To be a part of Huddersfield Town’s half-time Golden Gamble draw, sponsored by Barden Print, all you have to do is buy a £1 Golden Gamble ticket from the sellers around the Stadium. Make sure you look out for them wearing the brand new pink bibs!

If your ticket is drawn at Sunday’s match against Newcastle United, you will instantly win the first prize of £1,000 and also have the chance to win an extra prize during the half-time interval.

You will be invited down pitch side at half-time and play out ‘Take Your Pick’ game where you can win one of these prizes:

There will be three £100 runner-up prizes this season as well as a special Gold Ticket prize which will change from game to game.

To be in with a chance of winning the Gold Prize, which is two Director’s Box seats for Town’s match against Rotherham United and a meal for two in the White Rose Club, then you must purchase five tickets for the Golden Gamble draw. 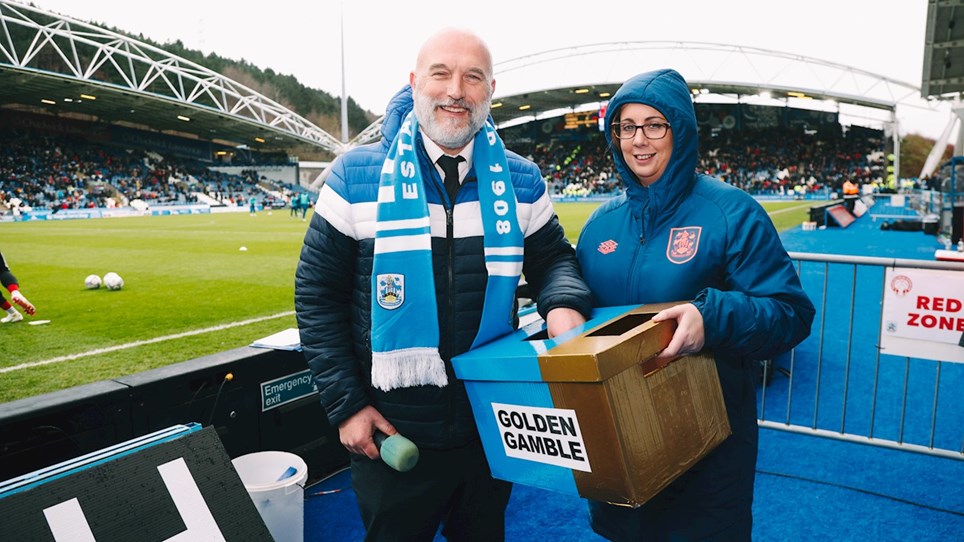