Buy a copy of The Terrier at the Southampton match

- The Terrier available on Saturday
- Available around the John Smith’s Stadium for £3.50
- Kasey Palmer on returning to the Terriers

Huddersfield Town’s official match day magazine, The Terrier, is on sale ahead of the Club’s upcoming home game against Southampton.

The Terrier will be available for supporters prior to Town’s Premier League match against Southampton at the John Smith’s Stadium (3.00pm kick-off).

This weekend’s main interview feature is with Kasey Palmer. Having re-joined Town on loan from Chelsea, the midfielder spoke of his delight at being back at the club, securing promotion at Wembley and how he's finding life as a Premier League player. 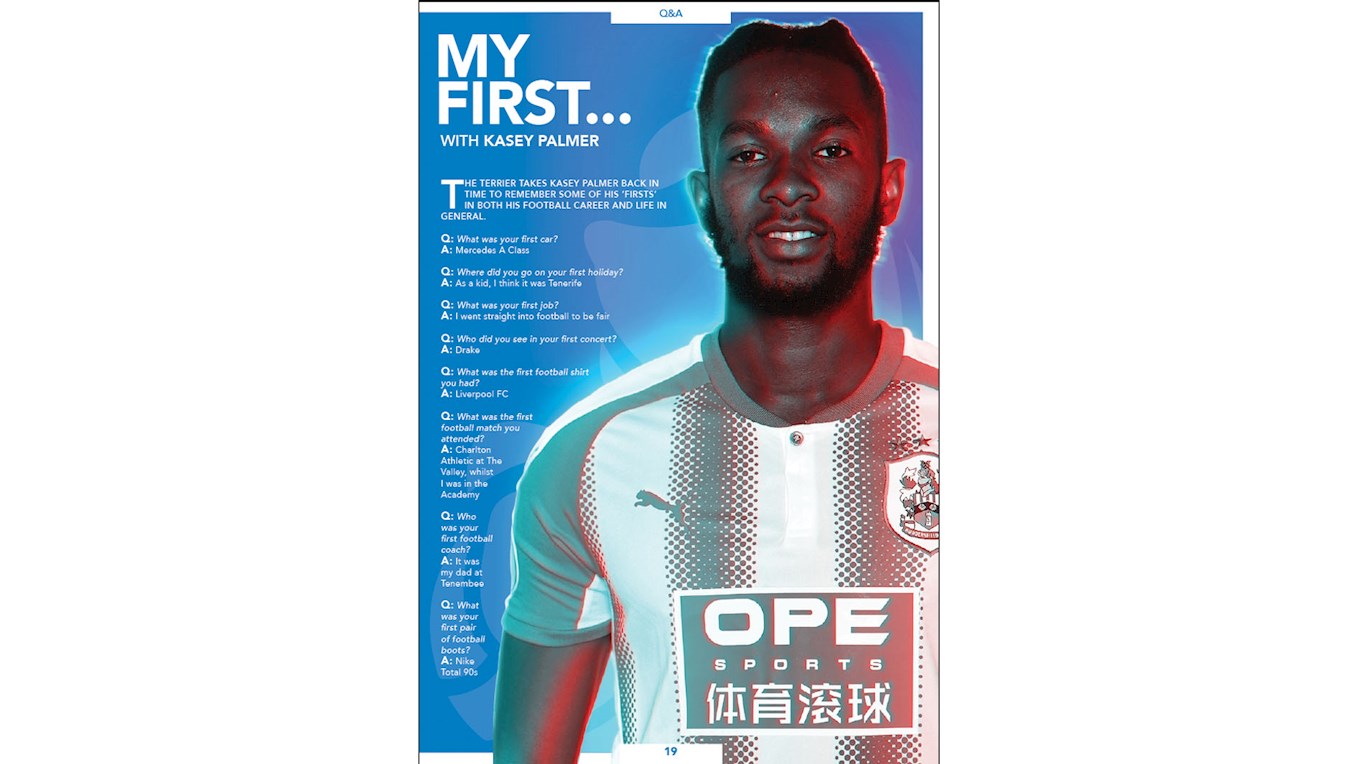 This week’s match day magazine includes comments from Head Coach David Wagner and Chairman Dean Hoyle as well as a ‘Director’s View’ from Ann Hough who talked us through the whole transfer process, with the transfer window set to close on Thursday evening. 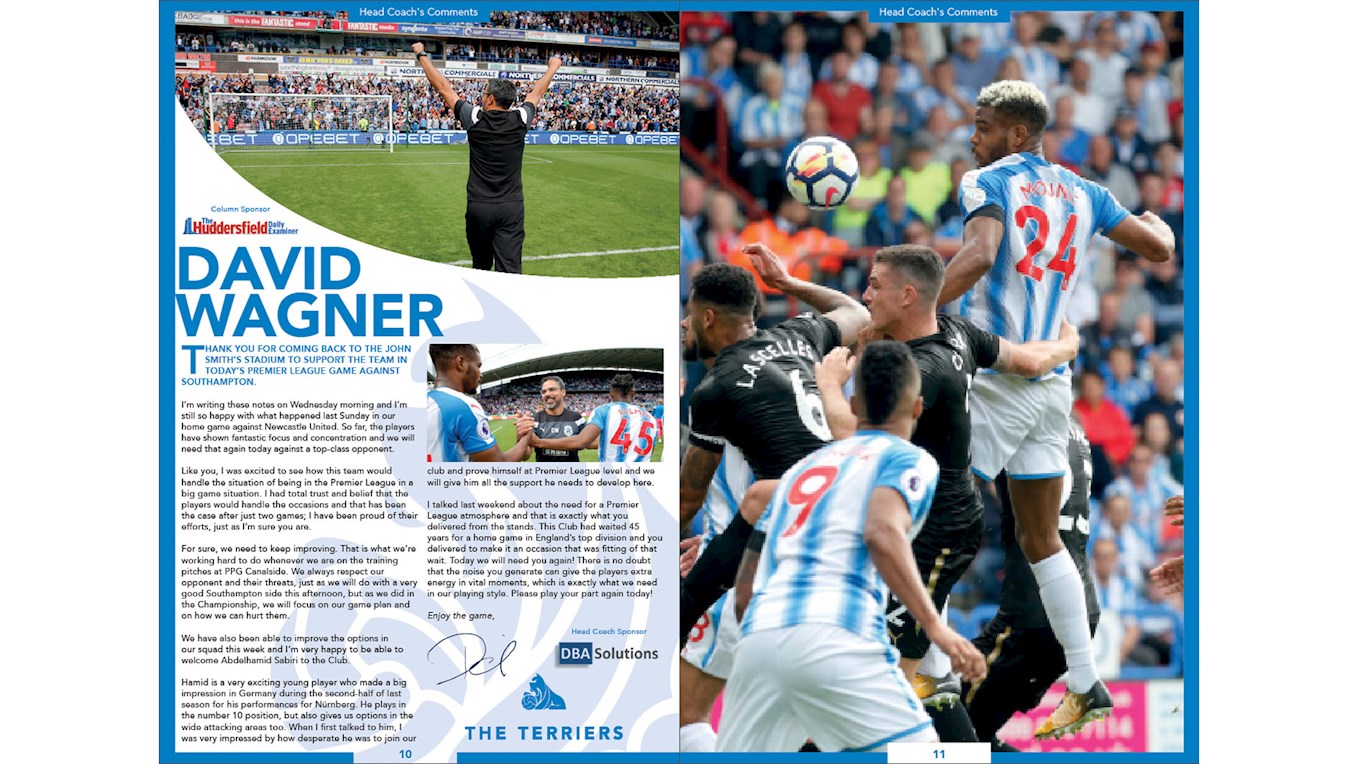 In his Captain’s Column, Tommy Smith spoke on how the hard work the team did in pre-season is paying off, whilst Club Ambassador Andy Booth recalls his most memorable matches against the Saints.

Not only this but The Terrier will provide fans with ‘An Outside View’ as former Chief Football Writer at the Huddersfield Examiner, Doug Thomson, discusses the loan system recalling some of Town’s more famous loan signings.

Senior Physical Performance Coach, Mark Armitage features in this weeks ‘Know Your Role’ Q&A whilst Under-23s captain Lewis O’Brien and Under-18s goalkeeper Luke Mewitt both spoke about their time at the Club. 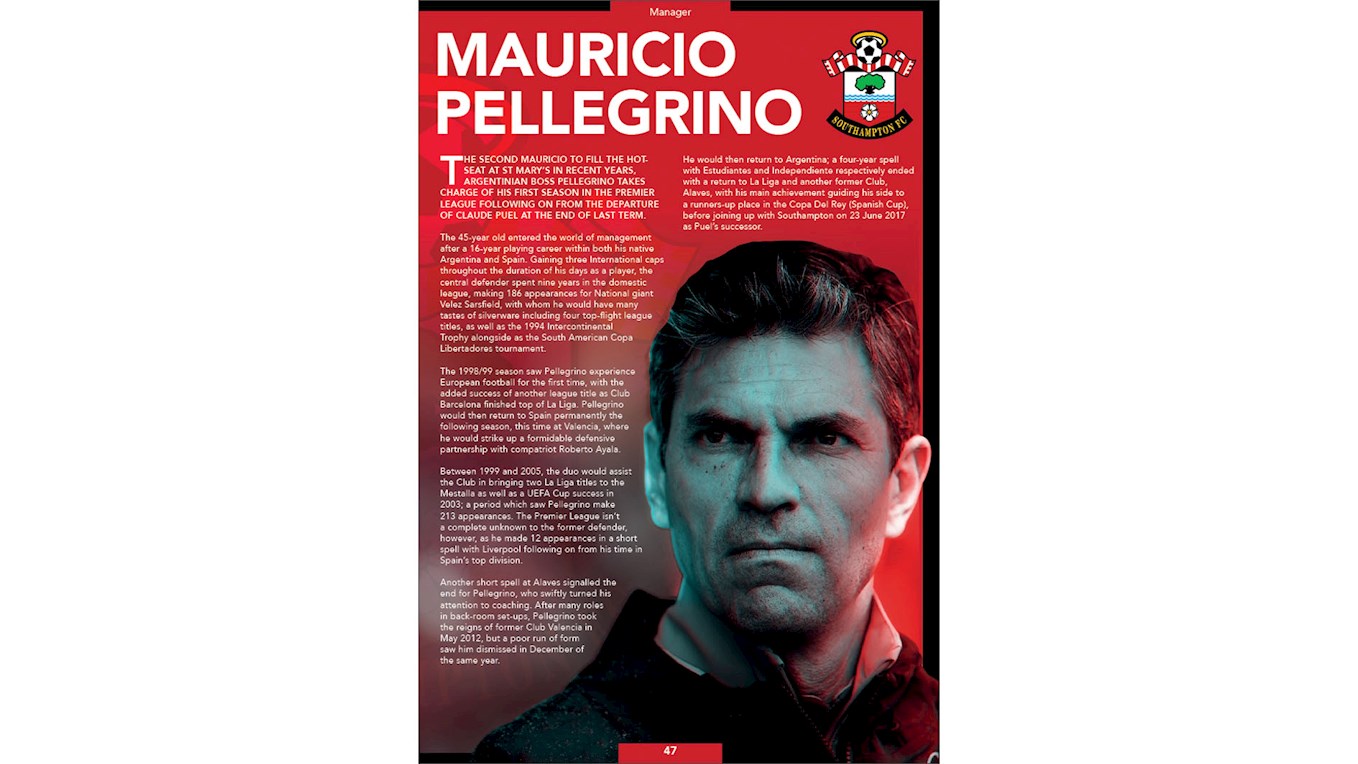 If you want the lowdown on the Saints, look no further than The Terrier; there are several pages featuring the ones to look out for in the opposing squad and we revisit some of the previous matches between the two sides.