Promotion-winner Michael Hefele is the latest player to sign a new contract with Huddersfield Town on the eve of the 2017/18 Premier League campaign.

The defender has signed a new deal running until the summer of 2019, with the Club having an option on a further year’s extension

Michael initially joined Huddersfield Town from 3. Bundesliga Champions Dynamo Dresden as a free agent on 1 July 2016 and has gone on to make 40 appearances for the Club in his debut campaign.

The 6ft 4’ tall defender was influential for the Terriers last season as the Club was promoted to the Premier League for the first time.

The German centre back has scored three goals for Town, including a memorable last minute winner in the local derby win over Leeds United in the Sky Bet Championship.

“Michael was a big player for us last season as we gained promotion to the Premier League.

“I think everyone can see how big of an influence he is in the dressing room and how good of a character he is for the team.

“He is a leader on the pitch and carries responsibility for his teammates, which attributes we want our players to have.

“Over the last season he showed how his qualities suit English football and our style of play.”

“Now the test for him and the team is make the step up into the Premier League.”

Town's Media Player of the Year spoke to #HTTV about his new deal at the Club and previewed Town's first Premier League game of the 2017/18 season.

You can watch clips of the interview below courtesy of #HTTV

To watch the full interview please subcribe to #HTTV+ by clicking here. 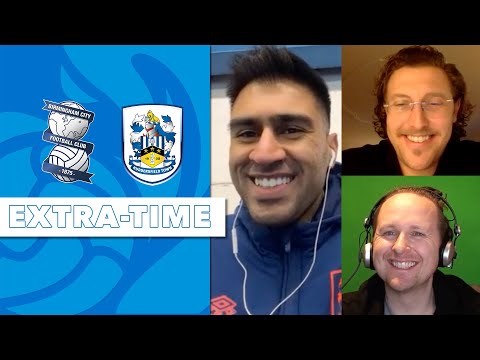