The eagerly anticipated opening day of the season was a joyous occasion for Huddersfield Town supporters as a rampant David Wagner side left Selhurst Park with a deserved 3-0 victory.

Steve Mounié's brace along with an own-goal from Crystal Palace's Joel Ward ensured Huddersfield Town's life in the top flight of English football began in a superbly impressive fashion.

David Wagner handed competitive league debuts to Jonas Lössl, Mathias Zanka, Tom Ince and Steve Mounié, whereas Kasey Palmer and Aaron Mooy also took to the field after returning from their own respective clubs during the summer. Tommy Smith retained his usual spot at right-back - his first appearance since being named Club Captain following Mark Hudson's retirement, whereas Chris Löwe was preferred on the opposite full-back side ahead of Scott Malone.

Town's first-ever game in the top-flight saw the men in navy and pink begin with a buoyant spring in their steps, showing exceptional levels of energy to press and hound the home side out of possession every time a pass was received into feet.

The Terriers could've been ahead within the first five minutes; Tommy Smith's deflected cross squirmed its way to an unmarked Tom Ince in the six-yard box. Unfortunately, on this occasion, Tom managed to adjust his feet well, but could only fire straight into the palms of a gracious Wayne Hennessey.

Mathias Zanka and Christopher Schindler were beginning to show glimpses of a defensive duo who had commanded for many a year amongst the elite; Schindler the first to be defensively sound by sliding in to dispossess Christian Benteke at a crucial moment, before Zanka efficiently cleared Wilfried Zaha's dangerous cross from the left.

Zaha himself was being subjected to a substantial amount of fair, physical competition from the lively Terriers; a sign that Town was more than up to the task of hopefully beginning its inaugural Premier League season with maximum points.

Town's first real chance came and went, thanks to a last-ditch clearance from Scott Dann, as Palace's number six diverted away Ince's low cross just a matter of inches from where an on-rushing Steve Mounié could tap into an empty net.

Kasey Palmer explored some space on the edge of the Palace 18-yard box, but the Chelsea loanee found his effort blocked by a resilient Timothy Fosu-Mensah.

An expected onslaught from the host failed to materialise within the first period, and it was indeed 'The Yorkshire Club' who continued to have the better chances; Ince's creative surge into the box resulted in Philip Billing receiving a clearance in familiar shooting territory around 25 yards out, and the Dane gratefully took his chance at a thunderbolt which was powerfully saved by Hennessey between the sticks for the Eagles.

The well deserved opening goal did eventually arrive after a highly positive opening 20 minute spell; Christopher Schindler's innovative flick at the front post from Aaron Mooy's corner found defensive partner Mathias Zanka at the back post. Following the flick, Zanka could only bundle the ball back across the face of goal which a recovering Joel Ward couldn't avoid placing into his own net to give Town a priceless lead.

Things went from strength to strength in South London as the lead was doubled just two minutes after the deadlock had been broken. Aaron Mooy had acres of space on the left hand side and with that the masterful Aussie produced a wonderfully floated cross for Steve Mounié to leap highest and bury his first goal in the Premier League into the top-left corner.

Town fans were already in dreamland; and Frank De Boer's side would have been really up against it if Joel Ward hadn’t recovered superbly well, with a perfectly timed sliding tackle to halt Tom Ince's clear route to goal.

Instead of stemming the tide of HTAFC chances, the home side couldn't get to grips with the set-piece scenarios; Mathias Zanka the next man to beat his marker and head towards goal, but this time the central defender had to watch his effort whistle agonisingly wide of the target.

Arguably, Palace's best chance came minutes before the interval. After being loose in possession, the ever-dangerous Wilfried Zaha raced through on goal before unleashing a shot for the far corner, which was superbly tipped round the post by a highly agile Jonas Lössl.

Zaha rounded off proceedings in the first half for the Eagles; after dancing through a couple of Town attempted blocks, Skipper Tommy Smith was the man to vitally stick his body between the ball and the Town goal before the Ivorian international could mount any sort of offensive manoeuvre.

In response to a late flurry of Palace chances to end the first 45 back in the Premier League, Chris Löwe fired a rocket towards the bottom corner from around 30 yards out, only to be denied by strong wrists from Welsh international Wayne Hennessey. Steve Mounié didn't help matters in this instance, as the Benin front-man blazed the rebound harmlessly over the bar on the follow-up from a tight angle.

The introduction of Andros Townsend aimed to liven the home side's spirits just that extra bit further at half-time; the winger made an almost immediate impact as the ex-England man squared a teasing ball into the paths of Christian Benteke and Wilfried Zaha, but neither individual could provide the touch which would've inevitably ended up in the host gaining somewhat of a foot-hold back in the contest.

Palace kept its foot on the gas; a busy Chris Löwe found himself covering superbly to deny Wilfried Zaha's glorious opportunity, before Jonas Lössl expressed his quality by denying a powerful Christian Benteke header direct from a corner.

Steve Mounié’s league debut had been one to cherish up to this point; and the summer acquisition from Montpellier had a golden chance to double his own personal tally minutes before that eventuality came to light.

Scott Dann got himself in a tangle before passing straight to a navy and pink shirt, which then saw Town's number 24 with a free passage to goal. Unfortunately, Timothy Fosu-Mensah managed to sprint back and atone for his defensive colleague's mistake to slide in and clear away for a corner; a chance that would've all but wrapped up Town's victory in the Capital.

Dann summed up his afternoon by blazing way over the target after finding himself in a decent amount of space; a major chance to halve the deficit, and as a result the home side would pay a heavy, heavy price.

Substitute Collin Quaner excelled down the Town right before coolly picking out an advancing Steve Mounié on the edge of the area, who in turn curled an absolute stunner past a helpless Wayne Hennessey in the Eagles' net to send the over 2,800 Town fans into absolute raptures in one corner of a hastily silenced Selhurst Park.

Frank de Boer's reign as Palace boss saw his side more than matched by a terrific Huddersfield Town outfit; nonetheless, Palace kept battling, but it's efforts were to no avail as big-money signing Christian Benteke headed wildly off target. 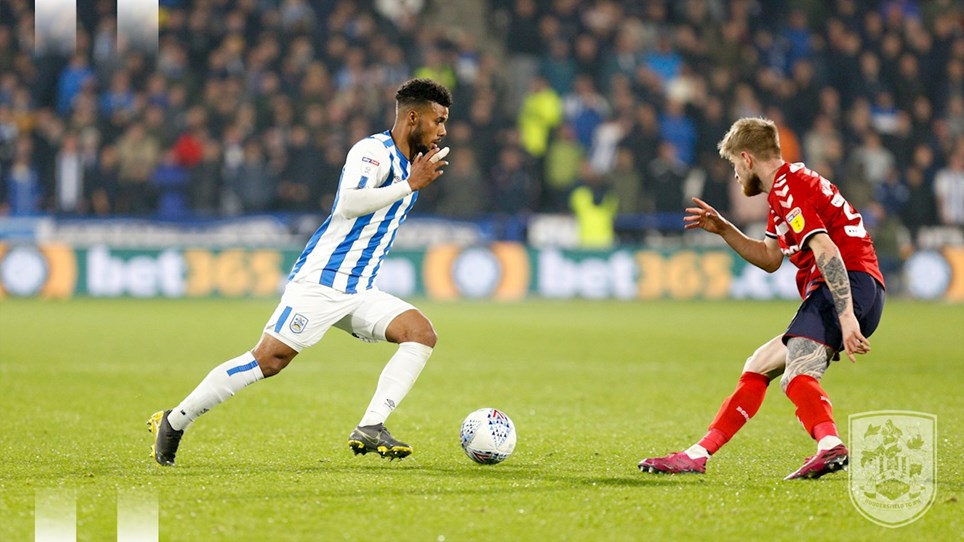 
Karlan Grant goal seals another win for the Terriers! 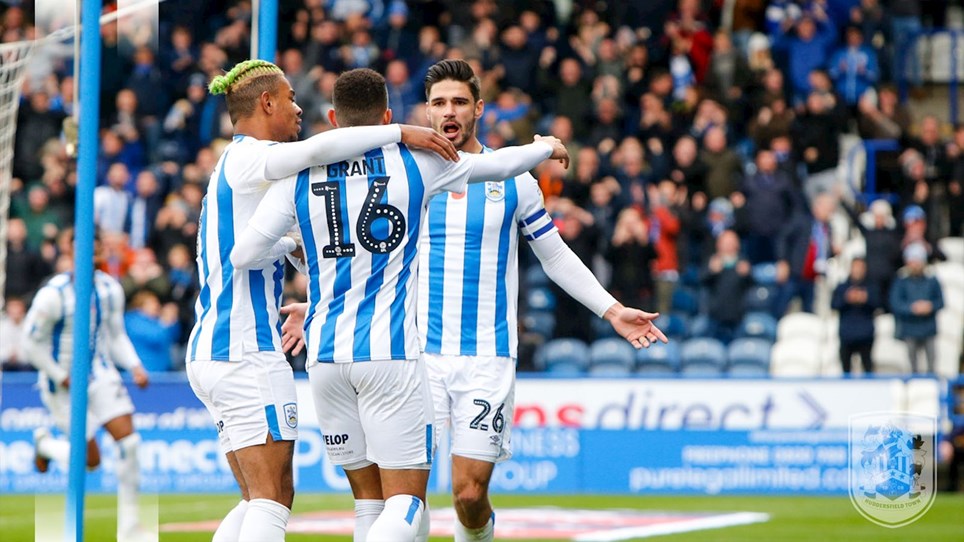 
Huddersfield Town made it six games unbeaten in the Sky Bet Championship following a 2-1 derby day win over Barnsley at the John Smith’s Stadium.