Huddersfield Town will welcome Newcastle United to the John Smith’s Stadium for the Club’s first ever home match in the Premier League.

David Wagner’s side will look to build on its good start to the 2017/18 Premier League following the 3-0 win over Crystal Palace at Selhurst Park.

The Terriers’ first home match of the Premier League campaign will kick-off at 1.30pm on Sunday 20 August 2017 in front of the Sky Sports cameras.

Town’s first ever Premier League home opponent, Newcastle United, was promoted alongside the Terriers returning to the top flight of English football at the first time of asking.

On the final day of the 2016/17 Sky Bet Championship season, the Magpies beat Barnsley 3-0 at St. James’ Park to secure the title after Brighton & HA drew 1-1 with Aston Villa.

Rafael Benítez’s side finished top with 94 points from 46 matches, 13 points ahead of David Wagner’s Huddersfield Town. 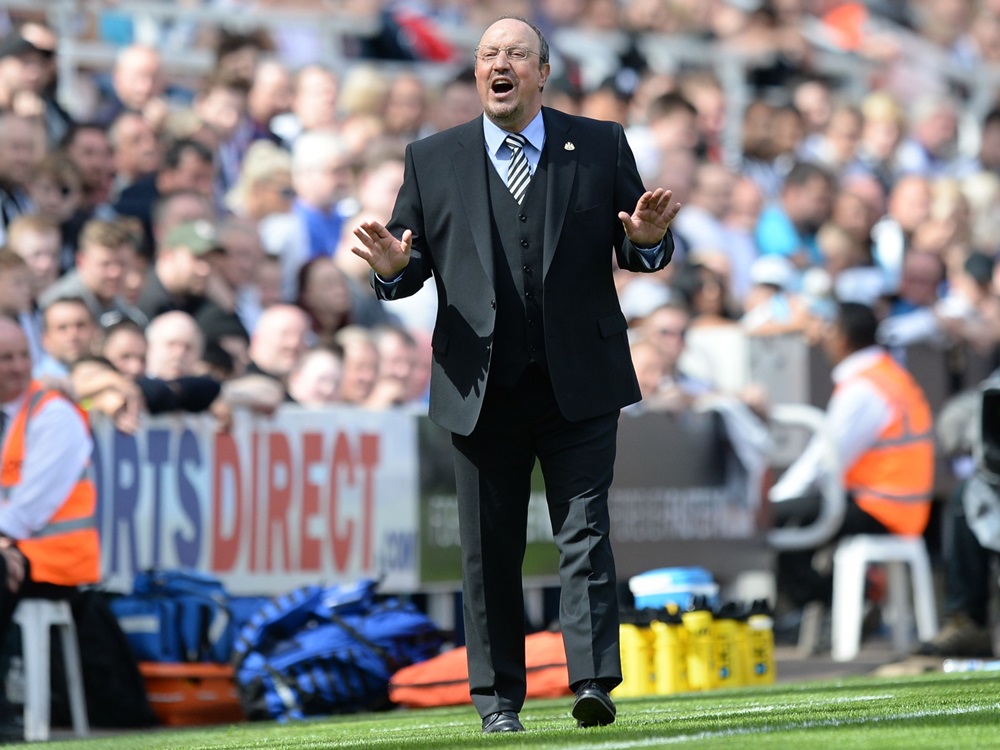 When the two sides met last season, Town won 2-1 at St. James’ Park after a last minute goal from attacking midfielder Jack Payne. However, the Magpies came away 3-1 winners from the John Smith’s Stadium in February.

Newcastle United was beaten 2-0 by Tottenham Hotspur in the Magpies’ first game of the 2017/18 season.

Club Captain Jamaal Lascelles has flourished under the guidance of Benítez. The centre back was an integral part of Newcastle United’s promotion to the Premier League and came on during the defeat against Tottenham Hotspur.

Winger Matt Ritchie has impressed in English football ever since helping Bournemouth to the Premier League. The Scotland international guided the Mapgies to promotion after scoring 16 goals in all competitions. 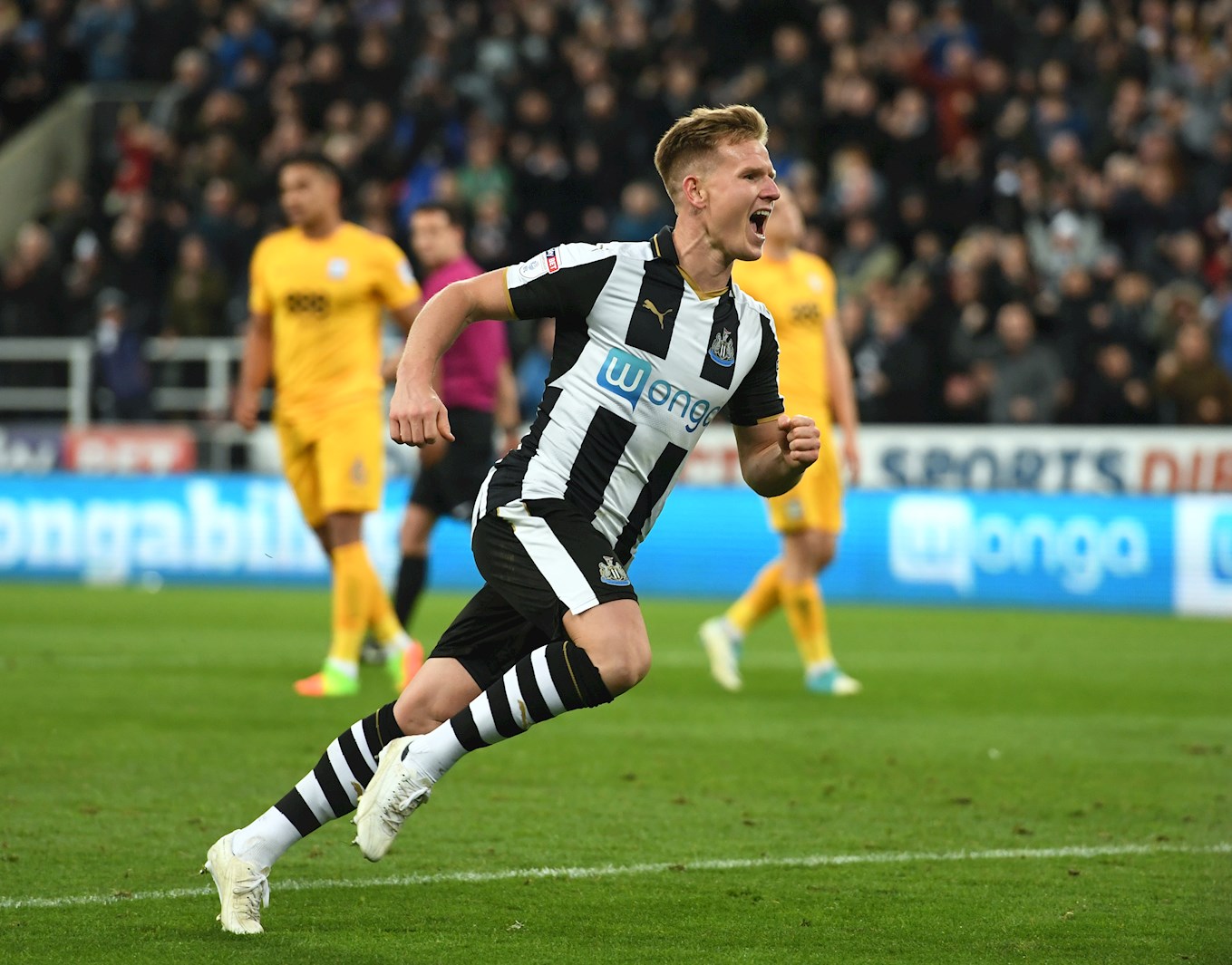 Energetic striker, Dwight Gayle, was key to Newcastle United’s promotion to the Premier League, scoring 23 goals in the Sky Bet Championship after he signed from Crystal Palace in July 2016. The 26 year-old finished top scorer for Palace for three successive Premier League campaigns.

Newcastle United has brought in eight players since being promoted to the Premier League, whilst 14 have left.

Most recently, striker Joselu has joined the Club from Stoke City for a reported fee of £5m. The 27 year-old scored four goals for the Potters last season.

Winger Jacob Murphy signed from Sky Bet Championship side Norwich City for a reported fee of £12m. The young winger flourished for England’s Under-21s in the summer and scored 10 goals for the Canaries last season. 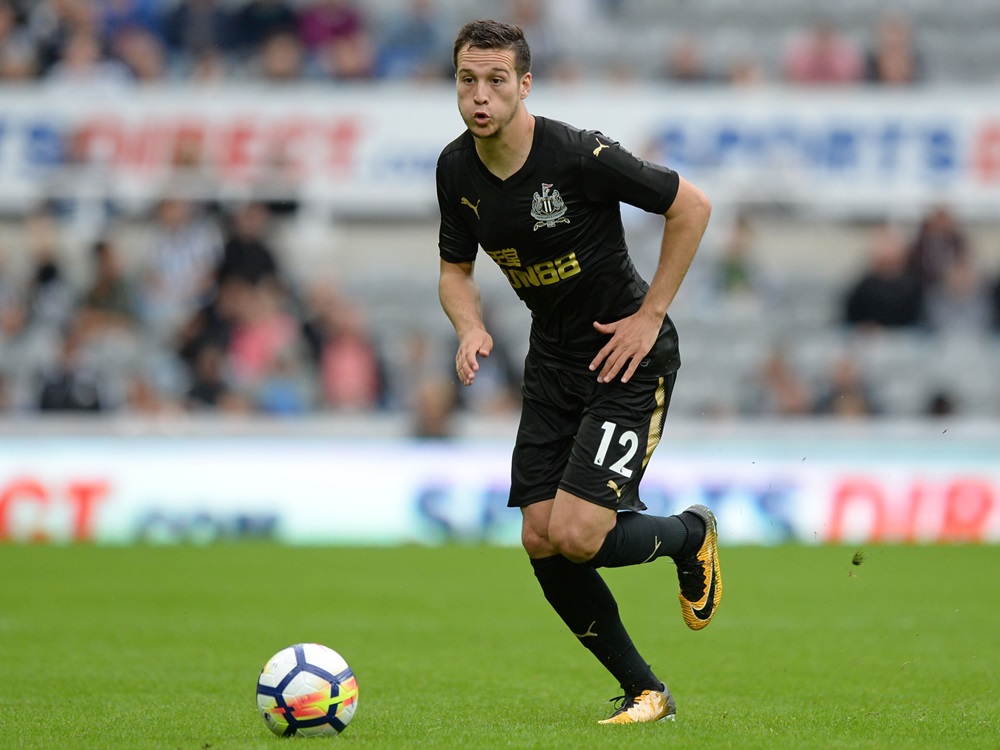 Town fans may recognise Newcastle United’s new full-back Javi Maquillo (above) from his spells at both Liverpool and Sunderland. The 23 year-old will add Premier League experience to the Magpies’ side after joining from Atletico Madrid.

Newcastle United will be without defensive pair Paul Dummett and Florian Lejeune, who both came off injured against Tottenham Hotspur.

Whilst, Jonjo Shelvey will also be unavailable after he picked up a red card in the 2-0 defeat to Spurs at the weekend.

New signing Joselu will be available for the Magpies and young right-back Jamie Sterry has returned to training after his groin injury.

However, some tickets may still be available through the Terrier Exchange system. Click here to see if any tickets are available, otherwise visit Huddersfield Town’s Ticket Office which is open at 10am on Sunday.

Do you want to know more about Newcastle United? Take a look at our information guie for fans courtesy of #HTTV!