Huddersfield Town will travel to Crystal Palace on Saturday 12 August for its first ever match in the Premier League.

David Wagner’s men will travel to Selhurst Park for the match that kicks-off at 3pm on the opening weekend of the 2017/18 Premier League season.

Town’s first ever Premier League opponent, Crystal Palace, has been in the top flight of English football since 2013 after achieving promotion through the Championship Play-Offs.

After finishing 11th in the Club’s first season in the top flight of English football, Palace went from strength to strength consolidating itself in the Premier League.

Last season, the Eagles finish 14th with 41 points from 38 games. The introduction of former Terriers defender Sam Allardyce sparked a revival from the London based club, that was hovering around the relegation zone prior to his arrival.

After being appointed, Allardyce led Palace to seven wins in 11 games before securing top flight safety with a 4-0 win over Hull City.

However, at the end of the 2016/17 season the 62 year-old resigned as Crystal Palace Manager and announced his retirement from football management. 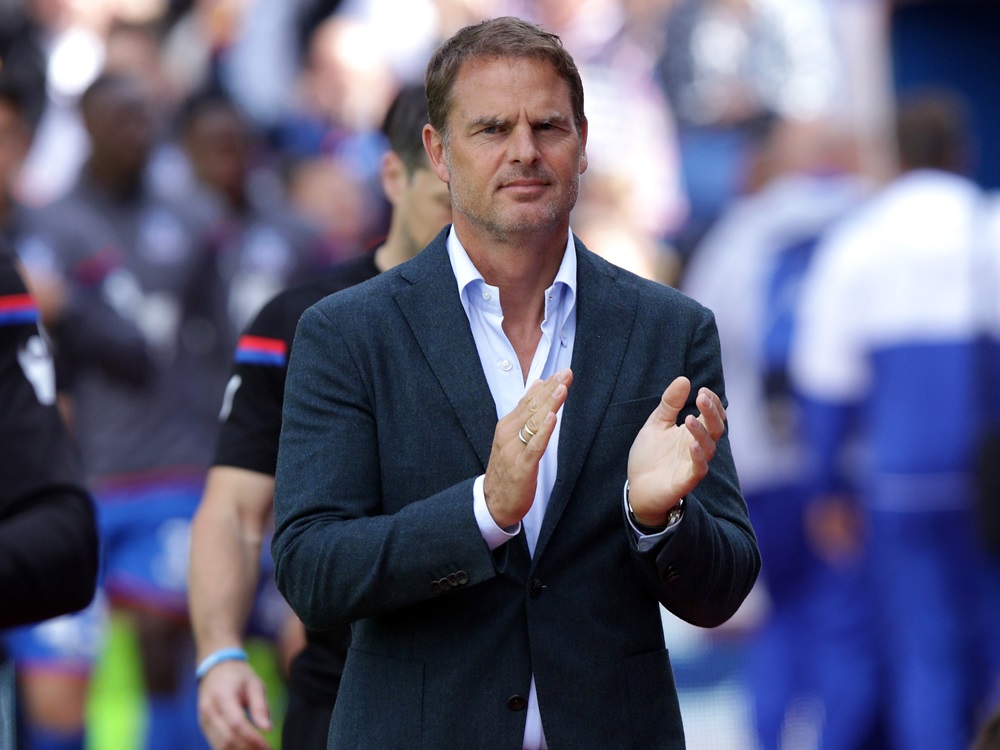 This led to the appointment of the Club’s sixth manager following promotion to the top flight, as Frank de Boer (above) agreed a three year deal with the Eagles on Monday 26 June 2017.

During first pre-season in charge, Palace competed in the Premier League Asia Trophy. His side lost 2-0 against Liverpool, before beating West Brom 2-0 in Hong Kong to secure a third placed finish.

Goalkeeper Wayne Hennessey has been a key figure for Crystal Palace over the past two campaigns, keeping 15 clean sheets during that time period. He’s made over 125 appearances in the Premier League and was Wales’ number one during Euro 2016.

Crystal Palace’s side is blessed with attacking talent coming from the flanks, especially in the form of Andros Townsend and Wilfried Zaha. Townsend scored three goals last season and was a threat cutting in from the right hand side. Ivorian winger Zaha (below), was one of the Eagles’ standout players last season, being directly involved in 16 goals – scoring seven. 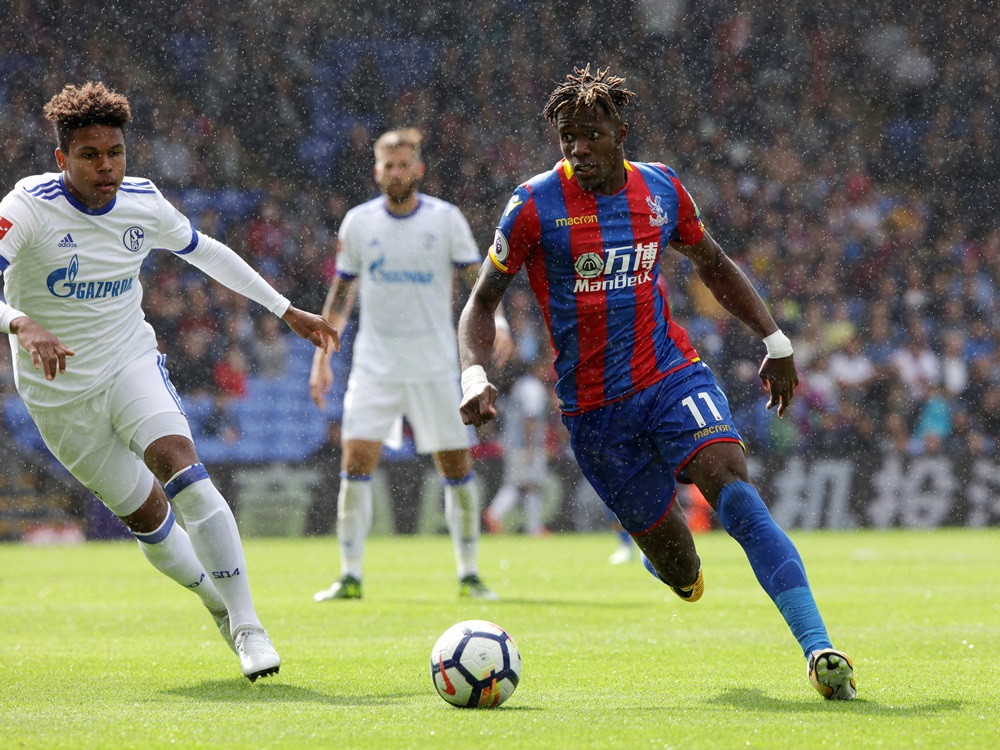 Since the arrival of new Manager Frank de Boer, the Eagles have only brought in two new players.

The first to join was Ruben Loftus-Cheek from Chelsea; the 6ft 3’ tall central midfielder joined the Club on loan from Chelsea and appeared for the Champions in the FA Cup three times last season. 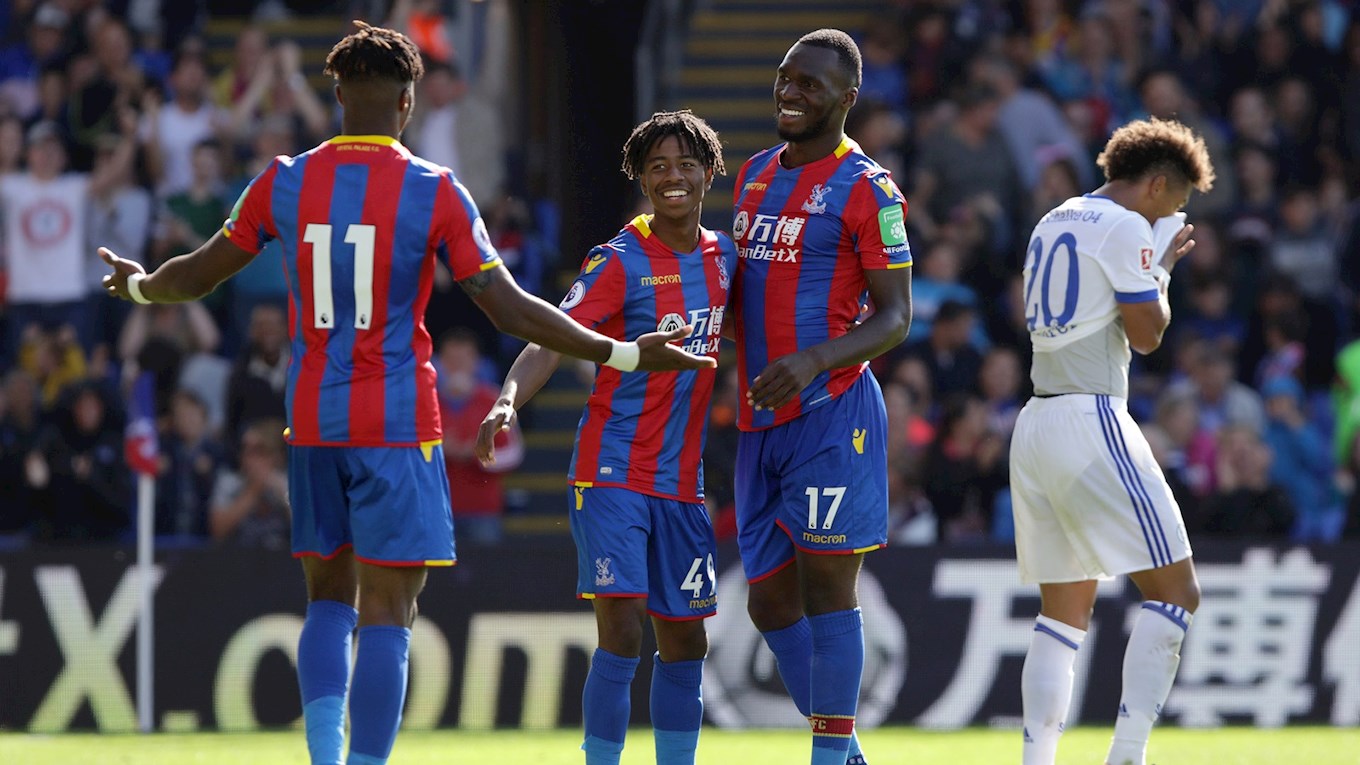 Jairo Riedeweld was the second player to join the Club, signing from Ajax for a reported fee of £7.9m.

The 20 year-old defender made his Ajax debut under Frank de Boer in 2013 and was reunited with the Dutchman upon his arrival at Selhurst Park.

Despite only two players coming in, 12 players have left the Club – 11 on free transfers, including experienced midfielder Joe Ledley and Mathieu Flamini.

Crystal Palace boss Frank de Boer has almost a full squad to select from, with the exception of defender Pape Souare and striker Connor Wickham who are the Club’s only long-term injuries.

Midfielder Jason Puncheon came off with cramp in Palace’s final pre-season friendly ahead of the Premier League campaign, but it expected to be available.

Away tickets for Town’s match against Crystal Palace are now sold out.

Successful supporters who applied for tickets through the ballot system will be notified by 5pm this evening (Monday 7 August 2017) by the Ticket Office.

Do you want to know more about Crystal Palace? Take a look at our information guie for fans courtesy of #HTTV!

Supporters will be able to purchase the beer, brewed by Club Partner Magic Rock Brewery, in Arthur Wait 0 and Arthur Wait 1.