David Wagner was a happy man after seeing his side put in an improved second-half performance to come back from two goals down to draw 3-3 with Bundesliga side VfB Stuttgart on Tuesday evening.

An off-colour first-half performance saw Town trail by two to the German outfit at the interval, but an own goal – thanks to smart work from Rajiv van La Parra – and strikes from subs Collin Quaner and Sean Scannell saw the Terriers pull level.

After the game, David spoke with #HTTV to give his thoughts on the game and an update on the Austrian camp. 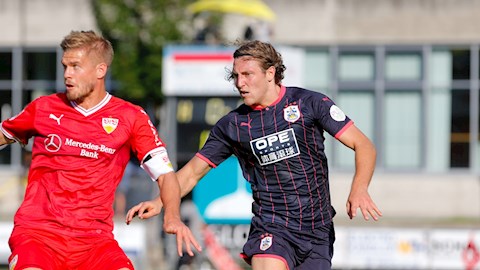