Fanzone activities and entertainment starts at 11am

Why not come down to Huddersfield Town’s PPG Canalside Fanzone, sponsored by Perrys Vauxhall, ahead of the Club’s match against Southampton on Saturday 26 August.

There’s activities for the whole family ranging from GAME dens and inflatable games for children to Boothy’s Beer and Banter at the PPG Canalside fanzone, which kicks off at 12.30pm.

This weekend Town’s Club Ambassador is joined on stage by former Saints goalkeeper Tim Flowers. The 50 year-old made 192 appearances for Southampton before leaving to join Blackburn Rovers in 1993, becoming Britain’s then-most expensive goalkeeper.

Flowers was part of the Rovers side that lifted the Premier League trophy in 1995 and was also capped by England 11 times, being called up to the Euro ’96 and 1998 World Cup squads. If you have any questions for Tim then come down to the Fanzone at PPG Canalside and take part!

The Club's outside bars, provided by Heineken, will be open at 11am and will serve Fosters, John Smith’s Beer and Strongbow as well as a number of other drinks. The beer tent will be under a marquee, provided by H V Marquees. 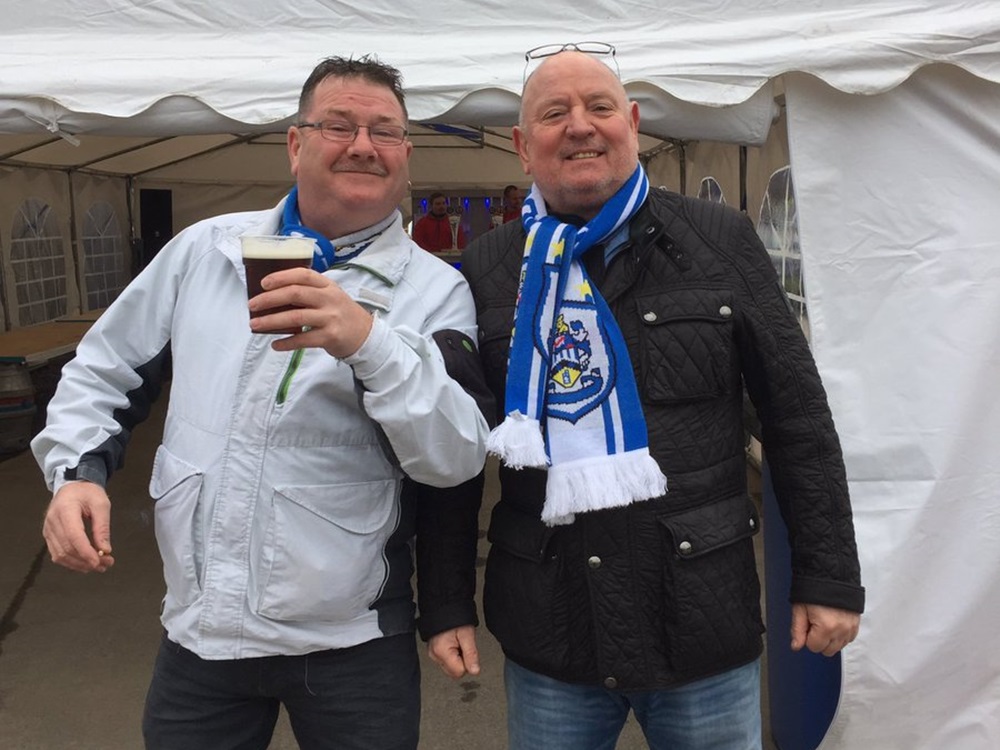 PPG Canalside will also be serving the Club’s two Official Beers Hat-trick and Promised Land, which are brewed by Club Partner Magic Rock.

You will also notice a few changes inside the bar at PPG Canalside, including extra drinks on sale and an interesting selection of Yorkshire crisps.

At 12.30pm, local rock and roll band Surplus will begin to perform live in the trailer staging, provided by Expect Distribution.

We also have a number of activities in store for our young Terriers attending the PPG Canalside Fanzone! You can have a kick around with other supporters on our new artificial grass area which was brought in by West Yorkshire Artificial Lawns or play Perrys Vauxhall’s new ‘Shoot to win’ game! There’s prizes and giveaways to supporters who can kick the highest number of footballs into their car. 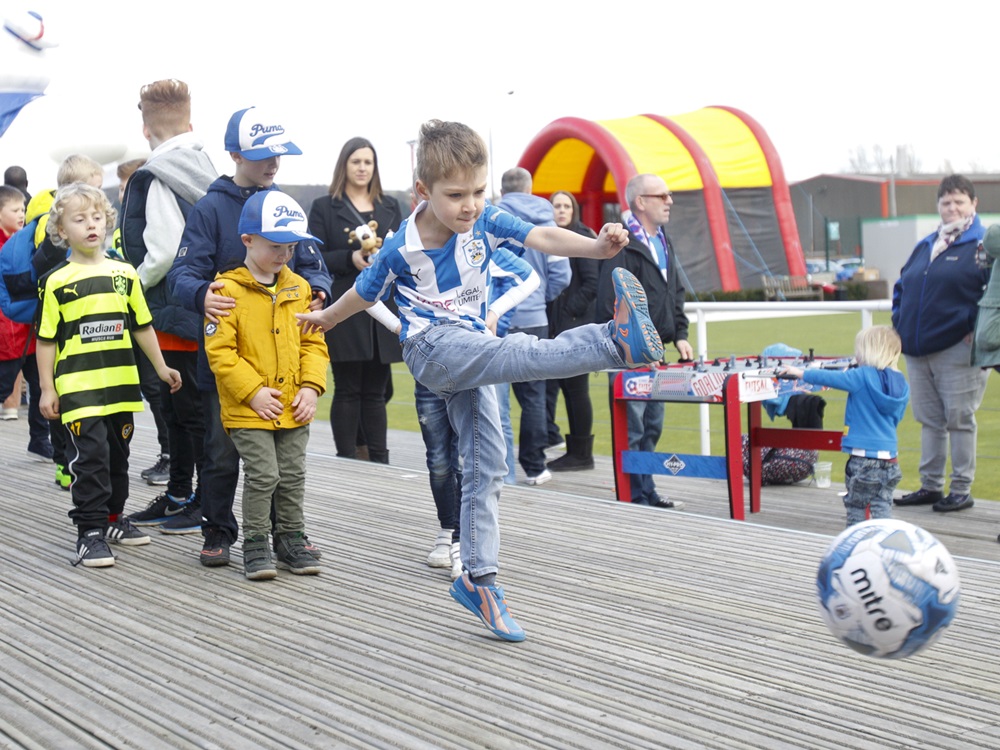 Fans of all ages will also be able to show off their skills once again and take control of the likes of Lionel Messi and Elias Kachunga on FIFA 17. A GAME den (below) is available during the Fanzone, the gaming consoles and monitors are kindly provided by GAME and IIYAMA.

That’s not all! Odin Events has brought a giant inflatable ‘Kick n Stick’ dartboard and you can also get your face painted before your trip to the John Smith’s Stadium to get behind David Wagner’s side.

There’s a BBQ selling burgers from Haigh’s Farm Shop on offer, whilst a match day menu featuring a build your own burger station is also available.

Don’t forget if you check in on Twitter or Facebook with a photo on the large blue and white deckchair at PPG Canalside’s Fanzone, sponsored by Perrys Vauxhall and you will receive a FREE FanCup!

There’s also the chance for fans to win a tremendous cash prize courtesy of Club Partner and Fanzone sponsor Perrys Vauxhall. To win the money all you have to do is predict the correct score for the game against Southampton and have your ticket drawn out at random. The prize pot is £200, which will rollover if the correct isn’t predicted!

Why not miss queues at the John Smith’s Stadium and pop into Huddersfield Town’s retail shop at PPG Canalside? Lots of gifts will be on offer to get you ready for Sunday’s match.

Like last season, fans will also be able to take a short ride from the Fanzone to the John Smith’s Stadium on the shuttle bus provided by Yorkshire Tiger.

The bus will be making a trip from PPG Canalside to the Stadium prior to Town’s match against Southampton, leaving at 2.15pm. You will be able to go on the bus for as little as £1.

Huddersfield Town's 'The Terrier' match day programme is also on sale at PPG Canalside ahead of the Club's match against Southampton for just £3.50!

Parking is available at a first come first served basis for Club PPG Canalside members, guests can attend with a member for free.