Huddersfield Town Manager Chris Powell is keen to see his side back in Sky Bet Championship action on Saturday when Blackpool visits the John Smith’s Stadium.
Just like the Club’s supporters, Powell has been counting down the days during the international break having led his side to seven points during the last three games.
However, after that punishing schedule – which included two away trips – Chris believes the break came at a good time.
“The players have worked extremely hard to get themselves into a good place, having gained seven points from three really testing games. I’ve been really pleased by the way that the players have worked to turn things around. In our situation it might have been ideal to have a clear week ahead of a game last Saturday, but the international break has given the players the chance to recover and get back up to speed ahead of our week of work on the Blackpool game.
“I gave the players some time at home – they need that time away – and then we’ve mixed up some fitness testing with training. I’ve made no secret that I want us to be better and stronger defensively and I think we saw the team defending as a unit recently. We have to start from a good base and that’s what we’ve done in three different games against Millwall, Wolves and Blackburn. I saw a lot of things that I want to see from my team in those games; now we have to put it together on a consistent basis.
“I don’t want us to overreact. We had a good week – we needed one – but we have to be wary of it happening again. We have another three games in a week and it might go for us, but sometimes it won’t.
“The Championship can be very up and down, but I want the fans to be buoyant because we’re winning games. Nothing beats the confidence that comes from getting three points, no matter how they come.
“We now have two home games and we want to go into them full of confidence. We’ll have setbacks within a 90 minute period, but we have to carry on regardless and look to get points in every game. Right now, we can’t think further ahead than Blackpool.”
Jose Riga’s side will be as optimistic as Town having recorded its first League win ahead of the fortnight without a game.
Chris continued: “We all know Blackpool has had a difficult start, but we’ve had them watched and they’ve been playing ok in the last few games. They’ve picked up four points from games against Middlesbrough and Cardiff and I’m sure they are thinking that’s a big turning point.
“It’s up to us to come out of the traps and be the force I know we can be. That’s what we’re working towards.”
Get your ticket for Saturday’s game online – click HERE!
Powell has an almost fully fit squad to choose from, barring a couple of exceptions:
“We’re ok; a few have managed to get some game and training time. They are well on their way; the group is good. Everyone is chomping at the bit.
“We won’t see James Vaughan for a few weeks, which is a shame. He’s had a calf problem and it’s not where the medical staff wants it to be. I trust their judgement, so we’re going to give him longer to rehab and train to get him up to speed.  It’s right to take our time with him, because we don’t want him to have a setback.
“Joe Lolley is quite close to training with the main group. He’s had an ongoing problem for a number of months – before I came here – so we’re trying to get him right.
“I’ll make use of the squad; I’ve done it before and I’ll do it again. I might freshen it up and play a different system; I’m quite flexible. I want everyone ready to be chosen on Saturday and, if not, next Tuesday.”
Chris yesterday revealed that he has installed Mark Hudson as Town’s new Captain (click HERE for full info) and went into more detail about his thought process on that subject:
“Lee Peltier was Captain when I arrived at the Club in September. I’m sure a few people thought Mark (Hudson) would be made Captain when he arrived, but everyone has to remember he was also joining a new team in a new area and didn’t know many of the players – he needed to bed himself in. He’s done that terrifically well, but it wouldn’t have been fair to do that straight away.
“I’ve looked at all aspects of the group. Mark has captained his last three clubs; he’s a good leader and a good voice in the dressing room. It’s important that the Captain encompasses the Club and I felt the time was right.
“I spoke to Lee and he has been absolutely first class; he’s a good professional. He’s still a big player for us moving forward. I’m sure he’ll wear the armband again in the future.” 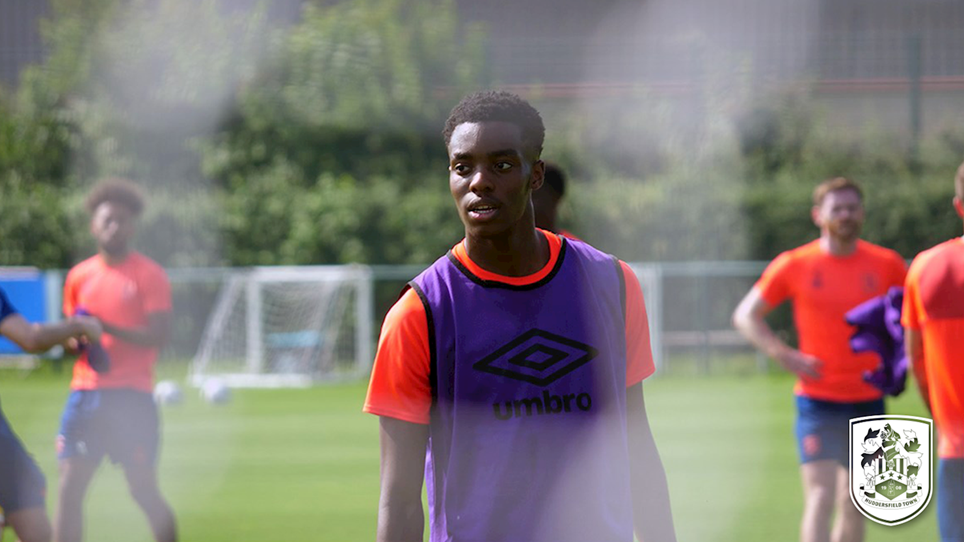 B TEAM HOSTS FLEETWOOD ON TUESDAY


Come and watch the match for free!