Big rise in attendees from local schools during 2012/13

Tickets sold for Town games through the Club’s ‘Schools Focus’ promotions rose by over a quarter during the Club’s first season back in the Championship.
5,758 tickets were sold via Town’s schools partners for the five designated ‘Schools Focus’ games during the 2012/13 campaign, compared with 4,574 during the previous season.
That figure includes a new record high for one single game; Town’s 2-2 home draw with Bolton Wanderers in December was watched by 1,755 children and their families who bought their tickets through their school.
The amount of money that the schools raised through cashback on tickets sold this season also increased, with almost £8,000 handed back by Town through the scheme for schools to spend.
Huddersfield Town’s Club Ambassador Andy Booth commented:
“It’s fantastic to see that the ‘Schools Focus’ initiative is growing, because we believe it is vital to the longevity of the football club.
“It’s important that we look after our current fans, but at the same time we have to do our part to get the Huddersfield Town fans of the future. My love of the Club was passed down through generations of my family and the Club has to do what it can to bring new youngsters from our area to its games and this initiative is a superb way of doing it.
“The schools have the incentive of earning cash to use as they want on top of other ‘money can’t buy’ bonuses they get. The Club is doing lots to improve the match day experience in the Family Stand through. Hopefully that will ensure that the new fans that come will come back again and again and tell their friends.
“We’re looking at ways that we can further improve our match day experience in the 2013/14 season and hopefully that will see another increase in ‘Schools Focus’ tickets next term.”
Ahead of each ‘Schools Focus’ game, leaflets go out to over 120 participating schools in Kirklees, Calderdale and Wakefield. As well as the cash generated via sales, schools can also receive student rewards, player visits and school kits provided by Huddersfield Town.
To help improve the match day experience for the Club’s fans, the award winning ‘Town Family’ group was set up last season.  Dressed in bright green uniforms with ‘Here to Help’ on the back, the ‘Town Family’ is positioned around the ground to help out and take suggestions on how the Club can improve. The ‘Town Family’ also had stadium maps and general information and were of service to those seeking information on turnstiles, directions, disabled access and anything else!  Ambassador Andy Booth spends most of his afternoon in the Fantastic Media Stand signing autographs and alongside the aforementioned ‘Town Family’ helped hand out free foam hands to supporters.
If you want to get your kids or school involved in a Schools Focus game, find out more by emailing rachel.taylor@htafc.com or call 01484 484113. 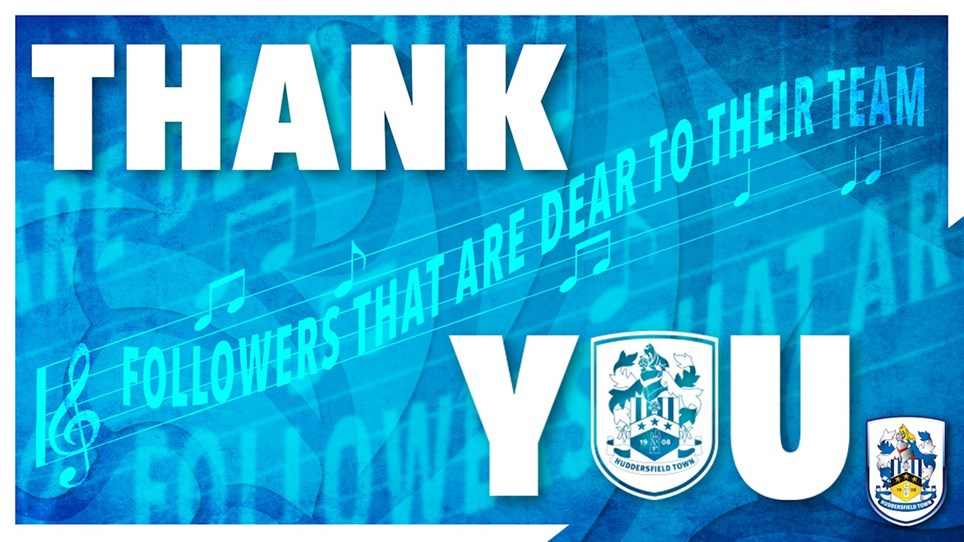 
Huddersfield Town thanks Season Card Holders for their loyal support


Another week to secure a seat for 2020/21 after an incredible response from fans!


An update for supporters ahead of the 2020/21 campaign