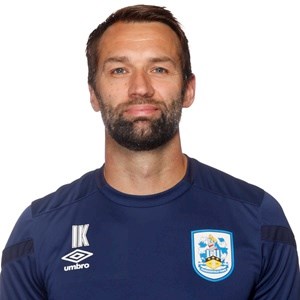 Ian Kirkpatrick became the Club’s new Head of Medical on 29 June 2015 after stepping up from his role as Assistant First Team Physiotherapist.

Ian, who joined the Terriers in October 2013, graduated from Northumbria University in 2006 and became the Senior Physiotherapist at Ramsay Healthcare, Euxton Hall Hospital. He worked primarily as a clinician, but also worked in the Hospital’s Orthopaedic Department.

Prior to his work in the hospital, Kirkpatrick worked alongside James Haycock (Town’s Former Head of Medical) as the Youth Team and Reserve Team physiotherapist at Hartlepool United. Ahead of joining Town, he worked at Wigan Athletic during the Club’s time in the Premier League.