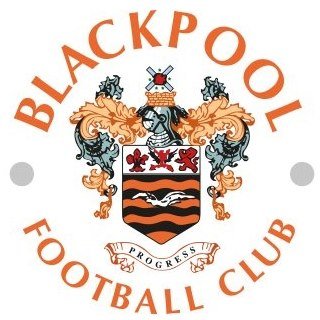 The Central League campaign continues for the Young Terriers

Huddersfield Town’s B Team continue their Central League campaign on Tuesday 25 October when they travel to Blackpool!

The first game of the Central League finished with a draw at home to Wrexham and the youngsters will be looking to bounce back from their defeat against Burnley last week.

Bilokapic started by discussing his development as a ‘keeper through training with the first Team and working with Lee Nicholls and Paul Clements.

“Training with the First Team is always a privilege; I think I am developing and learning a lot from Lee Nicholls and from Clem as well - I think Clem is probably one of the best goalkeeping coaches in England at this present time.

“Training with them helps my development because I can take a few pointers from Lee who was Championship ‘keeper of the season last year, and just take on board his tips and tricks to improving myself.

“Off the pitch and on the pitch, Lee is a great mentor.”

Our Young ‘keeper spoke about the confidence he gains due to the encouragement and belief he receives from the Head Coach.

“Having a lot of different managers this season and all of them having the belief and confidence in me to be that second choice in case something does happen to Lee, it does give me that positive mindset to keep going.

“Anything could happen, you’re always one red card or one injury away from making your debut - all I can do is try my best, keep going and just wait for my opportunity.”

The 20-year-old touched on the importance of getting game time as a young player.

“I think getting games in is probably the most important thing for a young player, let alone a young goalkeeper because you can’t replicate some things in the game that you can on the pitch in training.

“I think getting as many minutes as possible is the best thing for me, and whether it’s with the First Team, B Team, or on loan it doesn’t really bother me.”

Town’s second choice ‘keeper looked forward to tomorrow’s game and how the team is feeling going to Blackpool.

“There was a game last week against Burnley, which was an unexpected game and it hit us quite quickly, so now bouncing off of that, we’re looking for a positive reaction against Blackpool.

“The lads have been training well and we’re ready for it.”

Huddersfield Town’s B Team suffered defeat on the road in their Central League game on Tuesday as they lost 2-0 to Blackpool.

Despite the effort of the Youngsters continuously trying to put pressure on their opponents and score, the strong Blackpool pushed ahead and made it hard to get back in the game.

An early chance from Town in the opening play of the game saw Charles Ondo played onside, but his touch just went wide and past the Blackpool goal.

The home side answered this with their own chance just a few minutes later as Dannen Francis battled well with David Adewoju by Town’s corner flag and sent a cross into the box, but it went across the face of goal and the chance for Blackpool to take the lead was missed.

However, the Seasiders didn’t miss their next chance and took the lead in the sixth minute of the game as Francis once again crossed the ball into the box for Brad Holmes to head it past Nicholas Bilokapic from close range.

After this, Town’s midfield worked together to keep possession as the team pushed forward in search of their equaliser.

The Blackpool ‘keeper was forced to make an excellent save just after the half hour mark as Ondo’s initial shot was blocked and Town worked together to get the ball to Myles Bright, who’s shot from outside of the box sent Moore jumping to make the save in the top left corner.

Brodie Spencer fought well and won back possession on the edge of the Blackpool box and passed the ball to Bright, who was inside the box, but he couldn’t get the power behind the ball to drive it into the back of the net, so the shot was saved comfortably by Moore – Town trailed at the break.

The Young Terriers started the second half the same as the first as Bright’s chance from the edge of the box hit the crossbar and landed with Ondo. The strikers shot was saved and palmed out for a corner, which was taken well by captain Ben Midgley and Brahima Diarra’s chance to equalise was saved.

Great play between Ondo and Connor Shanks saw another chance for Town to get a goal back as the striker was passed the ball in space and carried it forwards and into the box before he sent it wide to Shanks, who looked to try and send it back, but his pass was blocked and went out for a Town corner.

Shortly after this, Ondo fancied his chances from just outside the Blackpool box, and although his shot was on target, it was saved comfortably by Moore.

Despite Town having majority of possession and the best chances to score, Blackpool scored their second and final goal in the 66th minute after a mistake by Town in the box lead to Mariette being able to tap the ball past Bilokapic.

With their unwavering effort, Town continued to push to get a goal back, but the shot from Diarra on the edge of the box went just high and over the bar.

The home side fancied their chances in getting a third goal when Mariette sent a long ball to Will Squires, but the ball was too far in front of the forward and held comfortably by our second choice ‘keeper.

The last chance for Town to score came in the final minute of the game as Town were awarded a free kick just outside of the box, which was taken directly by substitute Michael Stone, but the shot was saved by a diving Moore to the left of the goal.