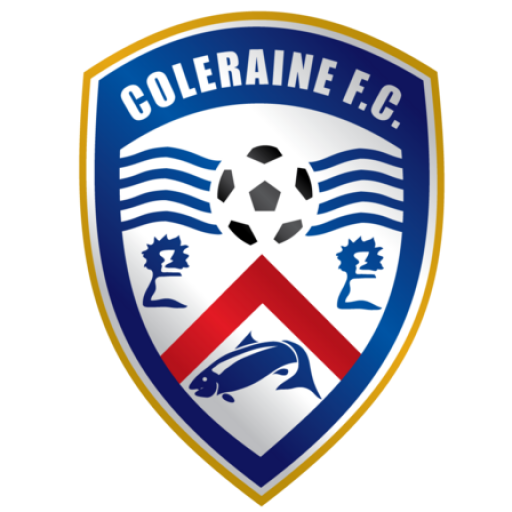 Myles Bright’s late goal saw Huddersfield Town’s B Team come away with a 2-1 victory over NIFL Premiership side Coleraine FC at The Showgrounds on Wednesday evening.

Conor Falls bagged his second goal in as many games to put Town into the lead at the break before James McLaughlin equalised late on for the hosts. However, Bright reacted to a neat through-ball to give the B Team a strong ending to their four-day trip to Northern Ireland.

The hosts had the better opening to the game, forcing Giosue Bellagambi into two early saves as he made a near-post block to deny Jamie Glackin, before getting down low to hold from Lee Lynch’s half-volley.

He would again be called into action after the 10th-minute mark, as Loick Ayina gave away a penalty following a lunge after a heavy first touch. Matthew Shevlin stepped up for the Bannsiders, but Bellagambi got a hand to the spot-kick to push it past his right-hand post.

The Young Terriers began to slowly get to grips with the fixture and had their first chance on 21 minutes. Coleraine attempted to play out from the back, but Town’s high press saw the ball drop for Falls, whose outside-of-the-foot effort was dragged narrowly wide of the far post.

Town continued to press for an opener, and they went close again through Falls, who glanced wide from Cian Philpott’s floated cross.

And it was third time lucky for Falls as he opened the scoring on 37 minutes. Coleraine’s trialist took too long to play a simple pass back to his goalkeeper, which allowed Neo Eccleston to prise the ball from his toes and work his way into the area. Eccleston dummied a pull-back, forcing Martin Gallagher to the floor which then allowed the defender to square a pass for Falls, who tapped home the opener.

Four minutes later, the home side went mightily close to a leveller. A free-kick into the area fell to Glackin at the back post and the forward connected perfectly with the ball on its bounce up, but Ben Midgley threw himself in front of the shot which forced it onto the crossbar before being cleared.

The opening chance of the second period fell to Town through Midgley, who took in a pass across the edge of the area and drilled a low shot that went narrowly wide of the near post.

The tempo of the second half was rather flat until just after the hour mark when a snapshot from Evan McLaughlin could only be parried out to his left by Bellagambi, who quickly shot up and managed to put off Shevlin as the forward placed his shot into the side-netting.

Coleraine did, however, find a way through moments later, as James McLaughlin finished well from six yards after Caiolan Brennan delivered a sumptuous cross into the middle from the left.

But the Young Terriers did not dwell on the equaliser, as they went back ahead just three minutes later. Some great off-the-ball movement from Bright saw him latch onto a ball into the area from Sonny Whittingham before Bright found the bottom corner from a tight angle.

Town controlled the final moments of the fixture to seal a 100 per cent record from our four-day stay in Northern Ireland.