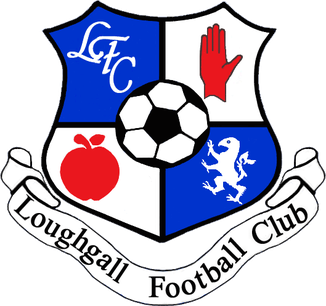 Huddersfield Town’s B Team kicked off their four-day trip to Northern Ireland with a 4-2 win over Academy partner club Loughgall FC at Lakeview Park on Monday evening.

First half goals from Neo Eccleston and Conor Falls and a brace in the second period from Brahima Diarra helped Town to victory despite Loughgall’s fighting spirit that saw them go close to equalising on several occasions.

Town got off to a quick start in the fixture, as they opened the scoring inside the first two minutes. Ben Midgley used his quick feet to work some space just inside the area before the midfielder floated a cross towards the back stick where a late-arriving Eccleston headed the ball into the back of the net.

The home side then had the chance to draw level almost instantly, but a curling effort from 20 yards bent just wide of Josh Mazfari’s far post.

On 13 minutes, Town almost doubled their lead when Luke Daley connected well with Eccleston’s low cross, but his right-footed shot was blocked on the line. Loughgall failed to clear the ball properly, though, as Stone executed a first-time volley that looped just wide of the far post from the edge.

The Young Terriers then made it 2-0 on 36 minutes when Midgley’s bullish run came to an abrupt end, however, the ball fell to Falls on the edge of the area. The forward smartly beat his marker with the drop of his shoulder before Falls saw his shot beat the ‘keeper at his near post via a slight deflection.

However, the home side ensured that Town’s lead was far from comfortable as they halved the deficit on the stroke of half-time when Kelly rose highest to head a floated free-kick over a restricted Mazfari, who came to meet the cross.

The home side came out in the second period with intent and went close to finding an equaliser as Kelly forced a smart save out of Mazfari, who got down well to his left to hold.

However, it would be Town who would strike next through substitute Diarra, who robbed possession off the last man and carried the ball towards goal before the midfielder found the far bottom corner with a neat finish.

But, again, Loughgall replied to narrow the gap as Nathaniel Ferris beat Mazfari from the penalty spot despite the ‘keeper getting a strong hand to the effort.

The hosts momentum began to grow as they continued to pile on the pressure and frustrate the Young Terriers.

On 67 minutes, a heavy challenge from around 25 yards out caused the ball to loop high into the air and sail towards goal; however, the ball dropped just wide of the far post.

Town then went close to restoring their two-goal lead just seven minutes later. Fopefoluwa Deru played the ball into the feet of Diarra, who danced past two players before rolling a pass into the path of Shane Maroodza, but he could only place the shot wide of the target.

And the Young Terriers eventually found a fourth, as Diarra bagged a second with four minutes remaining when he linked up with Luke Daley in the area, with the full back pulling the ball back to Diarra, who beat his man and wrongfooted the ‘keeper to confirm the win.