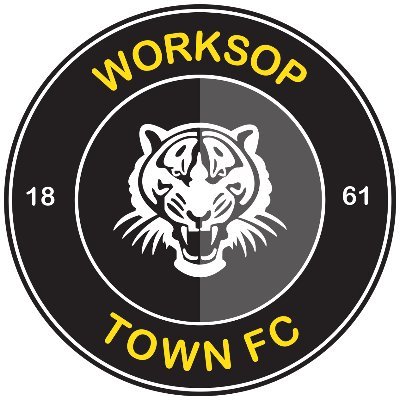 Young Terriers back in action on Tuesday 9 August

- Huddersfield Town B Team play Worksop Town on Tuesday
- Fans can attend the 7.15pm kick-off
- Midfielder Sonny Whittingham says they know what they need to do!

Midfielder Sonny Whittingham knows what to expect when the B Team face Worksop Town on Tuesday 9 August 2022.

Jon Worthington’s Young Terriers travel to the Windsor Foodservice Stadium for their friendly against the Tigers, which kicks off at 7.15pm.

18-year-old Whittingham spoke about how he’s found his first pre-season with the B Team.

“As a group we’ve been good, we’ve had some very good performances, and we’ve had a positive start.

“I think the squad have gotten to know each other well through going to Northern Ireland.

“We have had some challenges and it hasn’t been a smooth ride, but through the rough patches we’ve stayed together, and we’ve had some good results.

“Pre-season is probably the hardest bit of the season, getting back fit and getting back into the routine after having time off.

“It has gone well for a lot of us, everyone is looking fit and strong, and performances are looking strong.”

The 2022/23 season has seen the youngster step up to the B Team, where he’s taking the opportunity to gain experience with new players.

“Stepping into the B Team is a different challenge, I’m playing better and stronger players, but it has been good for me, not just on the pitch but off the pitch as well.

“I’ve been getting to know different players, older players, and players that are closer to the First Team.”

Looking ahead to Tuesday’s game against Worksop, the midfielder says he knows what to expect, and believes they can compete against the strong side.

“We know what Worksop Town are like, we expect the ball to come long, so we’ve been focusing on the fundamentals in training.

“We know it’s going to be a challenge because they’re older and have more experience, but we know what we need to do.

“We had a bit of a negative last game against Sheffield United, but we have reviewed it and we know what we can improve on.

“Worksop are a good side; they have a couple of ex-professionals and so they’ll be more experienced, but we know how to play against these teams and implement our style into these games.”

Admission details for the game can be found by CLICKING HERE.

If you can’t make the game, you can keep up with the action with updates on our dedicated Academy Twitter account, @htafcacademy!

The home side had an early chance to take the lead as Aaron Sennett-Neilson lifted the ball over the top of the defence to Liam Hardy, whose knockdown fell to Hanson, but the striker could only fire his shot over the bar from six yards out.

Moments later, Michael Stone tested the hands of Sebastian Malkowski, as his low and drilled shot from an acute angle was held by the Polish ‘keeper.

The Young Terriers continued to press high and effectively, which led to the opening goal of the game on 17 minutes. Myles Bright quickly shut down a pass to Danny Burns, with the defender taking a poor first touch which allowed Bright to steal possession and square a pass to Falls, who kept his cool to poke the ball past Malkowski.

However, Worksop levelled the game just five minutes later. Sennett-Neilson played a sumptuous cross-field pass to Hardy, who brought the ball down on the left and delivered a cross towards the back post where Hanson headed the ball across the face of goal and into the far bottom corner.

Jacob Chapman then made a flurry of smart saves to deny Valentine on several occasions before the Tigers went ahead after the half-hour mark.

First, Chapman produced a tremendous fingertip save to push a ferocious free-kick from Hardy over the bar. However, the resulting corner saw Valentine finally beat the Australian with a header at the back post from Paul Green’s delivery.

Chapman continued to be in the thick of the action as he twice saved from Vaughan Redford, with the forward’s second attempt being a point-blank save to push the shot wide of the target.

The second period saw the home side make eight changes to their starting XI, and they struck again just two minutes after the restart.

Worksop’s trialist whipped a free-kick towards goal and Chapman was required to quickly readjust his positioning to make the save, but he could only push the ball into the path of Brookes, who rifled the rebound into the far corner.

The Tigers’ third sunk the Young Terriers, who attempted to pick themselves up with unsuccessful attempts from Loick Ayina, Stone, and Cian Philpott, but it was the hosts that got the next goal on 65 minutes.

The trialist drove down the right channel and drilled a cross into the centre where Fope Deru side-footed the delivery away from the target. However, the ball fell kindly for Tavares, who rifled a first-time shot into the back of the net off the underside of the crossbar from the edge of the area.

Worksop then netted a fifth on 72 minutes through Bardack, who beat Chapman and David Adewoju to a loose ball on the edge to nudge it past the pair before sliding a shot into an empty net from a tight angle.

Charles Ondo then had the chance to shorten the deficit with five minutes remaining, but he could only flash his shot wide of the upright as the Tigers saw out their victory.