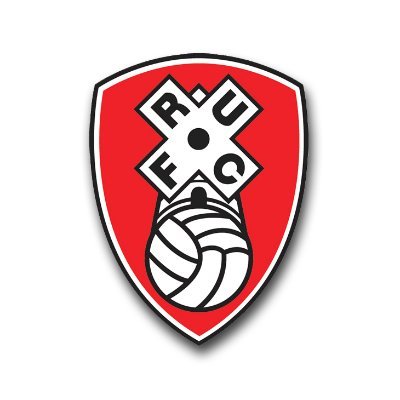 Midfielder proud of his achievements

Huddersfield Town B Team midfielder Brahima Diarra is proud of what he’s already achieved during the 2021/22 season.

Sitting down with #HTTV, Diarra was quick to comment on what he’s made of his start to the current campaign.

“I’ve played three games with the First Team, which was hard, but I think I’ve done well.

“It’s been a great start to the season for me.”

The midfielder spent the majority of pre-season around the First Team and discussed how he found the step up.

“I have to work to stay in the team with them and play with them.

“I have to work hard in training with the B Team, and definitely the First Team when I train with them.

“I have to give my best every time.”

Despite making several appearances for the B Team last season, the 2021/22 season has seen Diarra officially make the step up.

The 18-year-old acknowledged that playing alongside teammates he knows well, particularly compatriots Loick Ayina and Etienne Camara, benefits him on the pitch.

“It’s good because we are friends.

“It’s good on the pitch together because we have a good relationship, so we can speak and not stress.

“If someone misses it’s fine, we can help him.

The B Team are back in action on Tuesday 21 September 2021, when they travel to face Rotherham United in the Central League Cup. It’s a game which Diarra says is a must win for the Young Terriers.

You can watch Brahima's full interview below on the B Team Instagram.

You’ll be able to find live match updates from the Rotherham game over on official Academy Twitter account; @htafcacademy.

A winning start to the Central League Cup campaign

French midfielder Brahima Diarra put Huddersfield Town’s B Team into the lead in the first period, but an own goal from Ben Jackson levelled the game on the hour.

However, the Young Terriers ensured victory in South Yorkshire through Harratt’s penalty kick.

It was a fast start for the Young Terriers, as midfielder Ben Midgley saw a curling effort from the edge of the area deflect wide off the head of Jake Hull in the opening minute.

The following corner saw Josh Austerfield have a looping header tipped over the bar from the Millers ‘keeper.

On 10 minutes, Harratt could have put Town ahead after being threaded through after good build-up play on the edge, but goalkeeper Vickers raced off his line to smother the ball and thwart the chance.

However, the pressure told when the Young Terriers took the lead on 17 minutes.

Firstly, Diarra saw an effort from a tight angle cannon against the post before Billy Carroll steered the ball behind for a corner.

On 21 minutes, Harratt almost created a second goal of the game, latching onto a ball through from left back Jaheim Headley before beating his man and pulling the ball towards the penalty spot, where Midgley was arriving. However, Rotherham’s Archie Day made an important tackle to take the ball away from the midfielder’s foot.

Moments later, Harratt was causing problems again, as he linked up with Midgley on the left-hand side, but the forward could only place his effort into the side netting.

Rotherham barely threatened in the opening period due to Town’s resolute back three, with their only chance of the first half coming through Hamish Douglas, whose snapshot was held by Nicholas Bilokapic.

As the half ended, Jaheim Headley forced another good low save out of Vickers from 25 yards.

The home side then enjoyed their best spell, as Jacob Gratton managed to sidestep Nassim Kherbouche on the right before the forward bent his shot just wide of the far top corner.

The home side equalised on the hour mark in unfortunate fashion, as Jackson’s back pass was misplaced, and the ball rolled past a helpless Bilokapic.

However, Town didn’t lull on that error as they equalised from the penalty spot just six minutes later.

Micah Obiero took a high ball into his stride before jinking past Vickers, who brought him down. Harratt stepped up and sent the ‘keeper the wrong way to put the Young Terriers back ahead.

Bilokapic then made two excellent stops in quick succession to deny Gratton with 15 minutes to play.

Obiero could have sealed the victory in the dying moments, as the forward executed a volley that flew across the target and onto the frame of goal.

Town held possession well to see out a solid victory over the Millers.