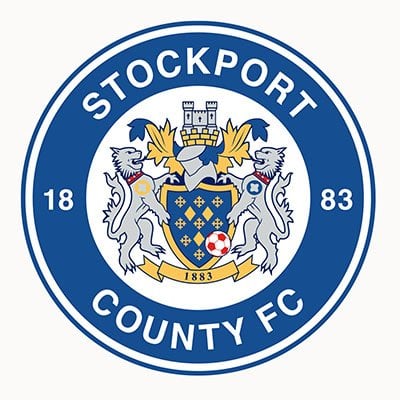 After a goalless first period, County opened the scoring on the hour mark before Harratt drilled home from inside the area to draw the game.

The Young Terriers started the game brightly, with Micah Obiero looping a volley onto the roof of the net in the opening minute.

Moments later, Harratt poked home in the middle. However, the linesman raised his flag to rule out the strike for an offside in the build-up.

On the 10-minute mark, Jaheim Headley almost created the first goal of the game.

The wide midfielder knocked the ball around his man and raced forward before picking out Harratt in the centre. Unfortunately, a Stockport defender managed to step out of the defensive line to clear.

The visitors had their first chance on 16 minutes, as they pulled wide of the far post from the edge.

That chance signified a change in momentum, but Giosue Bellagambi made two fantastic stops to keep the game goalless.

Firstly, a snapshot from the edge took a deflection off the leg of Nassim Kherbouche, causing the ball to go further into the corner. Fortunately, Bellagambi managed to scramble across and tip the effort wide of the post.

Then, on the half-hour mark, the ‘keeper made a smart save down to his right before doing enough to force the forward to place the rebound wide.

Those scares seemed to kick the Young Terriers back into their game plan, as they did well to control possession, but they were unable to create anything before the break.

Stockport began the second period dominantly in search of an opener.

Two minutes after the restart, they went just inches away from taking the lead, but a free-kick from the edge went just wide of the upright.

County did, however, get the opener on the hour point, as they benefited from a mishap from Headley to stroke past a hapless Bellagambi.

Moments later, the Young Terriers thought they had broken through a resolutely strong backline, but the referee failed to play the advantage and pulled it back for a foul on halfway, much to the frustration of Harratt.

It was a slow-burning second period for Town, who made their presence known after County’s opener but failed to create anything clear-cut until the final moments of the game.

After Bellagambi made another great save at one end, Headley went close at the other, driving inside before forcing a low stop out of the goalkeeper.

Town eventually found their equaliser in the first minute of stoppage time, as Bellagambi turned provider to allow Harratt to rifle home in the area and earn a merited draw for the Young Terriers.

The B Team are back in action on Wednesday 15 September 2021, when they travel to take on Birmingham City in the Premier League Cup.