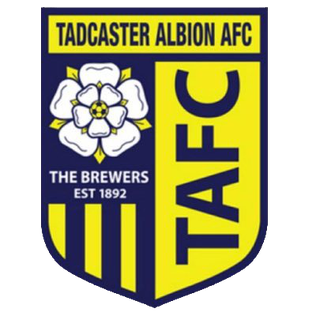 Huddersfield Town’s B Team began pre-season with a dominant 5-1 victory over Tadcaster Albion at The Global Stadium on Saturday afternoon.

Jon Worthington’s side fell behind against the run of play, but levelled 10 minutes later through a fine effort from Matty Daly.

Tadcaster changed their full 11 at the break, but the fresh legs were unable to thwart Town’s strength, as a brace from Brahima Diarra and goals from Josh Austerfield and Myles Bright sealed an opening friendly win.

Sam Peplow had the game’s first major opportunity on five minutes, jinking inside from the left before firing an effort straight at the goalkeeper, who held.

On 10 minutes, Daly flashed a shot just inches over the bar from range.

The Young Terriers were playing some sensational football throughout the opening stages of the match. It was those intricate passes that almost created the opening goal.

Bright turned his man well before playing the ball into the feet of Micah Obiero who, with his back to goal, took a touch before slipping Brodie Spencer through on goal. But the wing-back’s powerful drive was blocked by the ‘keeper.

Moments later, Jaheim Headley forced the goalkeeper into a tremendous fingertip save as he took aim from the edge.

However, the Brewers weathered the early storm and, on 26 minutes, they took advantage of a mix-up between Diarra and Spencer to take the lead in North Yorkshire.

Town quickly resorted to their possession-heavy style from the off and went close to levelling the game through Bright, whose bobbling effort was spilt by the goalkeeper before Albion scrambled the ball clear.

The Young Terriers’ pressure eventually paid off, as they equalised through Daly, who sharply shifted the ball onto his right foot before drilling an effort into the far top corner.

The visitors ended the half well but were unable to find the goal needed to lead.

On 51 minutes, Bright missed a golden chance to put his side ahead. Diarra managed to carry the ball inwards from the left before rolling a pass into the path of Bright, who skied his effort from eight yards.

Despite enjoying more of the possession stats, Town struggled to create anything clear-cut up until the hour mark.

On the hour, the trialist played a superb ball over the Tadcaster defence for Diarra, but the ball ran away from the midfielder and the ‘keeper collected.

Diarra did, however, score with his next opportunity. The ball was threaded into his path by Ben Midgley. Diarra then took the ball around two defenders before stroking a shot past the goalkeeper.

Moments later, Nassim Kherbouche almost added a third, but his close-range snapshot was superbly blocked by the Albion number one.

Diarra then got his second on 65 minutes, benefitting from Ben Jackson’s spilt effort as he smashed home the rebound.

Town were reduced to 10 men with over 20 minutes to go, as Etienne Camara was dismissed for retaliation.

However, the sending off did not disrupt Town’s momentum as Josh Austerfield saw his effort cannon off the underside of the bar and go in from the edge.

Things worsened for the Brewers as the game came to a close, as Bright punished a mistake from the ‘keeper to add Town’s fifth.