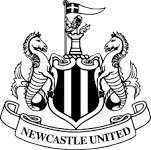 Matty Daly’s early finish was the difference as Huddersfield Town’s B Team beat Newcastle United 1-0 at the John Smith’s Stadium.

Several First Team players were handed valuable minutes against the Magpies, including Álex Vallejo who made his third appearance for Town’s B Team and Danny Ward, who came off the bench last Saturday against Luton Town, getting 45 minutes under his belt after returning from injury.

Danny Schofield’s side kept hold of possession throughout, limiting the visitors’ influence on the fixture throughout the game.

The first chance of the match fell to Danny Ward, whose deft touch on Ben Jackson’s low-driven cross forced a good save out of Dan Langley at his near post.

Ward began the game sprightly, with his runs in behind the back four being particularly impressive. The forward went close on 12 minutes, running through one-on-one with the goalkeeper, but the number one came out on top to block with his feet.

Huddersfield Town took a deserved lead on 16 minutes. Demeaco Duhaney played a superb ball down the right channel to Ward, who had timed his run perfectly. The striker carried the ball into the area before cutting the ball back for Matty Daly to strike past the goalkeeper.

Just after the half-hour mark, Ward had another good chance to extend Town’s advantage when the forward chested down a measured ball over from Loick Ayina, volleying powerfully towards goal, which was saved by Langley.

On the stroke of half-time, Elliot Anderson jinked his way into the area before sliding the ball into the path of former Town Academy player Cedwyn Scott, but his opportunity was thwarted by the excellent challenge of 17-year-old defender Ayina.

Town made five planned changes at the break; two of those combined to conjure up the second period’s first opportunity.

Aaron Rowe collected the ball on halfway before he angled a pass into the stride of Jaheim Headley, whose effort was saved by Langley’s right boot.

Newcastle enjoyed an early spell of possession as the half progressed, however, Town stayed resolute to deny the away side a way through.

As the clock passed the hour point, the Terriers struck the frame of the goal after great interchanging passes between Headley, Jaden Brown and Kieran Phillips saw the latter break into the area, however, his poked finish rebounded off the post before Will Brown claimed the loose ball.

With 20 minutes remaining, Myles Bright picked out the run of Brown down the left flank, where Brown beat his man for pace, but he rifled his shot into the midriff of the ‘keeper.

Joe White then tested Joel Periera from distance, curling the ball straight at the goalkeeper who held comfortably.

Despite Newcastle turning up the pressure as the game came to a close, Huddersfield Town defended superbly to come away with a 1-0 victory in front of First Team Head Coach Carlos Corberán, who watched from the stands.