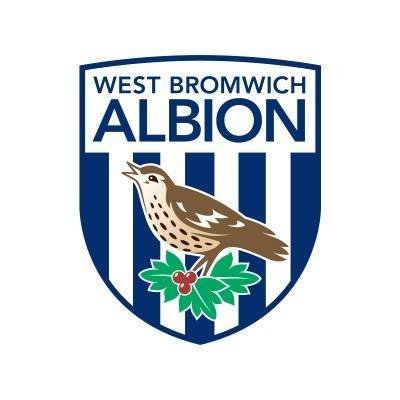 Town’s B Team beaten in second half

Danny Ward scored a first half penalty as Huddersfield Town’s B Team lost 3-1 to a West Bromwich Albion First Team XI at The Hawthorns.

The B Team put in a valiant effort throughout and were unfortunate to find themselves behind after 19 minutes.

Ward equalised from the spot after the half-hour mark, however, two second half goals were enough for the Premier League side to claim the victory.

The Baggies began the brighter of the two, controlling the opening possession before forcing Joel Pereira into a two-minute save, as he parried a stinging effort wide of his near post.

Town’s first opportunity came in the 10th minute, as after a good spell of possession, Jaheim Headley was slipped down the left. His surging run from full-back gave him the required time and space to pick out Ward in the centre, who could only put his effort over the bar.

Moments later, Ward was again proving to be a handful in his ‘lone striker’ role, keeping the ball under control on the edge before poking it through to Sorba Thomas, who had the ball pinched from him as he was about to pull the trigger.

Thomas, however, made the West Brom ‘keeper work on 13 minutes, taking in a squared pass from Scott High before seeing his low-driven shot held.

Momentum then changed hands once again, with the Baggies heading home the opener after 19 minutes.

The hosts were denied a second on 25 minutes, as the quick-thinking of Josh Austerfield saw the midfielder clear a goal-bound effort off the line following a free-kick.

On the half-hour mark, Town went close to an equaliser when a cross-field delivery from Alex Pritchard found Headley on the left, however, the full-back’s volley went soaring over from the edge.

Town were awarded a penalty shortly after, as Thomas was impeded in the area after beating his man with his quick feet. Ward stepped up and slammed the spot-kick under the dive of the goalkeeper.

The final chance of the first half almost saw West Brom regain the lead, striking the post after cutting in from the left, but both sides were tied at the break.

Ten minutes after the restart, Headley and Pritchard linked up well once again, with the former slipping the latter through on goal, however, Pritchard’s effort was saved by the ‘keeper.

Headley was again causing the Baggies problems, dancing into the area from the left before opting to drill the ball across goal, which was held by the goalkeeper.

West Brom went back ahead on the hour, heading home from an in-swinging corner before almost making it 3-1, but were denied by a brave block from Austerfield in the area.

With 20 minutes remaining, Town were denied another penalty when Headley was brought down in the area – after bursting through several players – but the referee waved away the claims.

On 73 minutes, the Baggies extended their lead by rounding Pereira and stroking home their third of the afternoon.

Jaden Brown went close with 10 minutes of the game left, riding a challenging on the edge, but could only drag his shot across goal and wide of the far post.

Pereira then denied West Brom a fourth with a superb save to tip a looping deflected effort onto the bar before jumping up to claim the loose ball.