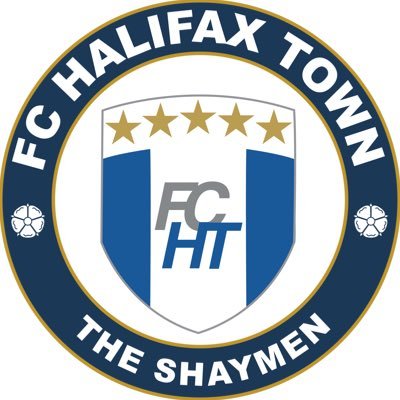 Defender pleased with improvements so far

Huddersfield Town Under-19s centre back Nassim Kherbouche is keen to keep building on his performances and see more improvements in his game.

“2020 was a year full of setbacks and injuries, which was a challenge I hadn’t faced before, and I had to show a lot of resilience to come back from it.

“Hopefully 2021 is a year full of progression; I’ve started off pretty well both in training and in games.

“I like the training sessions a lot, I get to focus a lot on my 1-v-1 duals, playing out from the back and all the fundamentals every day, which is a huge positive for me as a defender.

The 19-year-old frequently plays for the B Team alongside the Under-19s and admits playing with a mix of ages helps his development.

“I think I’ve got used to sitting in the middle age wise by this point.

“I’ve been playing with the Under-19s for a while, so every time a younger player steps in I’ll always try to help them out on the pitch and give them the best advice that I can.

“It’s always good getting the opportunity to play with older players, because there’s times where I’ll learn a lot from them.

“I remember the first time I played with Rarmani Edmonds-Green I learnt so much and got so much out of him.”

The centre back went on to comment on his development over the last 12 months.

“I’ve been doing a lot of work in the gym and taking care of my body to help ensure that.

“I’m also more confident, my game understanding has got a lot better in terms of all the fundamentals of my position.”

The youngster also discussed his aims for the remainder of the season.

“To get as many games as I can and perform as well as I can.

“I’d also like to push for a couple of First Team training sessions and maybe get to go out on loan.”

The Young Terriers are back in action on Friday (26 February 2021) when they host Halifax Town at Canalside; 4pm kick-off. You can follow live match updates on the official Academy Twitter; @htafcacademy.

Huddersfield Town’s B Team came from behind to record an impressive 3-1 victory over FC Halifax Town’s First Team at Canalside on Friday afternoon.

A superb second half display saw the Young Terriers overturn the visitors 1-0 lead with wonderstrikes from Micah Obiero and Sam Peplow, as well as a poacher's goal from Kit Elliott helping them come from behind.

Town started the match brightly, working the ball well in tight spaces against a professional outfit.

First Teamer Alex Pritchard was influential in the midfield, testing the Halifax 'keeper twice in the opening 16 minutes.

His first effort came from an 11th minute freekick on the edge of the box, which was skidded across the surface before being held by the goalkeeper.

Just five minutes later Pritchard worked his way through the midfield well before letting fly from outside the box. The Halifax 'keeper reacted well to palm the ball around the post.

Despite a positive start from the hosts, it was the Shayman took the lead in the 26th minute, catching Huddersfield on the break down the right wing. Joel Perrira produced a strong save to deny the first attempt, however, the rebound was slotted home by a lurking Halifax forward.

The visitors grew in presence having taken the lead and soon tested Perreira again in the 38th minute. A header inside the box directed towards the top right corner was tipped over the crossbar well by the on-loan 'keeper.

The Young Terriers came close to levelling the scores minutes before half time as Kit Elliott steered a Sam Peplow cross narrowly wide of the post with a volley inside the box.

Jayson Leutwiler came on at halftime, following a planned substitution with Joel Pereira, and was called into action in the 55th minute. The Canadian produced a big save to deny a one on one opportunity for Halifax despite suffering from the low sun.

Leutwiler's reaction save would prove crucial just minutes later as the Young Terriers went on to level the score. Jaden Brown found space on the right side of the box before playing an enticing ball to the back post, which was tapped in by a sliding Kit Elliott.

The hosts took the lead in impressive fashion in the 75th minute as Sam Peplow produced a moment of pure brilliance. The young winger received the ball on the right, cut inside and curled a powerful shot into the left side of the goal.

Continuing to build on their burst of confidence, the Young Terriers sealed their victory four minutes later with another impressive strike. This time it was Obiero who tried his luck from distance, sending a looping shot from outside of the box into the top left corner.

Town came agonisingly close to a fourth in the 89th minute as Jaden Brown struck the crossbar with a freekick on the edge of the box.