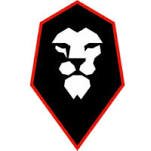 Midfielder on the opportunities he’s seized these season

Huddersfield Town B Team midfielder Josh Austerfield is pleased with the improvements he’s seen in his game so far this season.

This campaign has seen the Young Terrier make his professional debut, train with the First Team and take the Captain’s armband for several of the recent Under-19s fixtures.

He spoke to htafc.com about his development over the last 12 months.

“For me it’s been really good. It’s been a step up from last year.

“I was involved a little bit with the First Team last year, but with Carlos this year I feel like I’ve been a lot more involved.

“To get my chance against Rochdale and Plymouth was good, so I’m just looking to kick on from there and keep pushing on.

“My main focus this season has been working on my defensive side of the game, so my heading, duals, 1 v 1, looking to take the ball off people etc.

“It’s something that I want to add more of to my game being a central midfield player.

“When I look back at this time last year, I’ve improved massively, in all aspects of my game.

“My leadership, my communication skills, and then my heading and my confidence to go and play.

“I feel like I’m a 10 times better player than I was last year.”

The youngster made his First Team debut against Rochdale in September 2020 and was quick to express exactly how he felt in that moment.

“It was something new for me and when he told me to get ready my heart started to race.

“Obviously as soon as I got out there, I felt good, and to get my first touch and my first minutes is something that I’ve been working towards ever since I’ve come to the Club.

“To get that moment was a really proud one for me and my family.”

Alongside his professional debut, Austerfield has seized the opportunity to be able to train with the First Team as part of the B Team setup.

“It’s massive being able to train with them. It gives us that insight into what goes on in First Team life.

“If you get that chance to play and train with them and take it in your stride, then you’re ready for that callup.

“They take you in and under their wing and they really look after you. Having that bit of experience by training with them gives you the confidence to keep training and playing well so that it can continue.”

The 19-year-old also reviewed what he’d like to achieve before the end of the current season.

“My main aim is to stay consistent with my performances and try and kick on and see if I can get a few more minutes in the First Team.

“It’d be nice to get a loan in, but obviously the lower leagues aren’t running at the minute. When that’s running again, I’d like to get a couple of games of men’s football in and see where that takes me.”

The B Team are back in action on Wednesday afternoon, when they travel to take on Salford City. You can follow live match updates on Town’s official Academy Twitter; @htafcacademy.