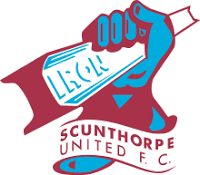 Huddersfield Town’s Under-19s are back in Central League Cup action this Wednesday when they head to Lincolnshire to face Scunthorpe United.

The game will take place behind-closed-doors from 12.30pm, and we’ll have live updates from the game on the dedicated Academy Twitter feed - @htafcacademy.

The two sides last met in October 2020. Jon Worthington’s youngsters fought hard at Canalside but were beaten 4-0 by a strong Scunthorpe squad.

The Young Terriers will be looking to build on their Central League Cup success – they are currently top of their group having only lost one game in five. Their latest Cup game was at the start of the month, where they beat Walsall 5-2.

Meanwhile, Russ Wilcox’s side will be hoping for a repeat performance in the return fixture. They currently sit second in the group, however, their previous game against the Young Terriers is the only one they’ve played so far.

Huddersfield Town B came from behind to draw

Huddersfield Town came back from a two-goal deficit to draw 2-2 with Scunthorpe United Under-23s courtesy of an exceptional second-half display.

Goals from George Hornshaw and Adam Dales gave the home side a seemingly comfortable lead at the break.

However, the Young Terriers produced an inspired come back in the second period to end 2020 with a battling draw.

The home side had the opening chance after just three minutes. Raynner Silva’s whipped free-kick was headed towards goal by Dan Gallimore, however, the attempt was tame and allowed Nicholas Bilokapic to hold down low.

Town had their first major opportunity on the 10th-minute mark. A surging run from Myles Bright drew a foul from Charlie Barks on the edge. Alex Pritchard took the set-piece, forcing Tom Collins into a fine save down to his left to push the ball behind.

Moments later, Scunthorpe took the lead through captain George Hornshaw, who drilled a shot from the edge in at Bilokapic’s near post.

On 23 minutes, Pritchard delivered an early cross into the area where Ben Jackson looped a header towards goal, however, Collins backtracked and caught the effort.

Town continued to dominate possession in search of an equaliser, going close once again through Jaden Brown, whose rifled shot was matched with a good save from Collins.

The hosts then doubled their lead on the half-hour mark. The Iron hit the away side on the counter-attack, playing the ball down the right to Andy Dales who carried the ball towards the edge before cutting onto his right boot and slamming an effort into the bottom corner.

Again, Town upped the tempo from the off. Pritchard worked tirelessly to get onto a loose ball on the byline, poking it into the path of Bright, who miscued his effort wide.

Town made four planned personnel changes at the break, proving to be game-changing ones due to their impact.

Scunthorpe opened the second-half chances with Gallimore, who sidestepped his marker before seeing his curling effort gathered by Bilokapic at the second attempt.

Matty Daly then went close on 50 minutes. A ball into the area was headed down by Kian Harratt, but the Iron cleared the ball into the path of Daly, whose strike stung the back of Barks as the chance went away from danger.

On the hour, Sam Sharrock-Peplow was played into the area from the left-hand side, where the forward took the ball onto his right boot before drilling his chance into the side-netting.

After a long spell of sitting back and defending, the Iron broke forward and struck the post following Dales’ weaving run and snapshot on the left.

Town finally got the goal that they deserved on 69 minutes. Aaron Rowe carried the ball through the centre, unleashing a terrific strike which nestled into the bottom corner.

The away side’s momentum only increased after Rowe’s finish. They almost drew level just three minutes later through Daly, who beat his marker with a great piece of skill but saw his effort be turned behind by the defender.

Town equalised with 10 minutes remaining. A ball into the area fell to the feet of Barks, however, the defender was closed down quickly by Harratt, winning possession before firing an effort across the body of Collins and into the far corner.

Harratt then missed a golden opportunity to win the game for Town, heading over from Jackson’s corner with five minutes to go.

Danny Schofield’s side continued to pellet the Iron area with several following moves and crosses, but the game ended level.