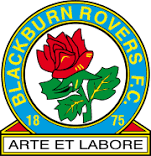 Huddersfield Town’s B Team is back in action this Wednesday when they head to Lancashire to face Blackburn Rovers Under-23s.

The game will take place behind-closed-doors at Brockhall Training Ground from 1.30pm, and we’ll have live updates from the game on the dedicated Academy Twitter feed - @htafcacademy.

The two sides last met in October 2020. Danny Schofield’s side drew 2-2, with Mustapha Olagunju and Kian Harratt scoring either side of the half-time whistle.

The Young Terriers will be looking to bounce back in their final game before Christmas. Their last outing came at Brentford, where a dominant performance from the hosts saw the youngsters 4-1.

Meanwhile, Billy Barr’s side will be hoping to build on their latest result, a 2-1 win over Liverpool in Premier League 2.

Town’s B Team beaten by strong Blackburn Rovers side

Huddersfield Town’s B team were beaten 5-1 by Blackburn Rovers on Wednesday afternoon, despite Kit Elliott’s first half opener.

Elliott handed Town the lead heading into the interval, but they were unable to build on it as five goals in the second 45 minutes meant the hosts walked away victorious.

It was an even start to proceedings with chances at a premium for both sides, but it was the Young Terriers who had the first sight of goal. Álex Vallejo found Ben Jackson in a pocket of space at the edge of the area but Town’s captain fired an instinctive effort wide of the mark.

Danny Schofield’s side began to dominate proceedings following the midway point of the first half and Sam Sharrock-Peplow almost broke the deadlock but he couldn’t quite generate enough power to beat the ‘keeper from Aaron Rowe’s corner.

Town eventually made their growing dominance pay just five minutes before the interval following a patient team move. Adama Diakhaby slipped a nice ball down the channel for the overlapping Rowe, who did well to dig out a cross for Elliott to slide home from close range.

The home side, though, began the second half a much improved outfit and turned the game completely on its head within eight minutes of the restart courtesy of a sharp finish inside the area and a well dispatched penalty.

Rovers continued to build on the lead they had assembled, winning the ball high up the field and breaking beyond the Town back line to open up a two goal advantage.

Blackburn’s flurry of goals didn’t end there, however, as they added a further two to compound a difficult afternoon for Town’s B team.