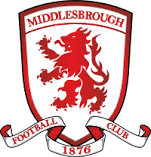 Midfielder discusses his progression as a footballer

Huddersfield Town Under-19 midfielder Myles Bright has seen improvements in his game thanks to advice from First Team players.

The Young Terrier has benefitted from Town’s new Academy structure, which sees players involved with the B Team get the opportunity to train with the First Team.

Bright spoke to htafc.com about how the experience benefitting him.

“The difference between the First Team and the Academy is that the training is a faster pace.

“The First Team training is all about being fast and sharp and that puts me a step ahead when I then go on to play for the Academy.

“The First Team players help me with things that I need to improve on in the training sessions, so then when I take this back to the Academy it means I can pass it on to the younger boys."

The London-born midfielder went on to discuss his relationships with the new intake of Academy scholars both on and off the pitch.

“We’ve got good chemistry between the five of us and we work to translate that onto the pitch.”

Myles was also keen to highlight his aims for the rest of the 2020/21 season.

“Since I’ve been back this season, I have been focusing on my passing. I can see the improvement in my game.

“Last season I wasn’t really confident when it came to playing longer range passes, but now that I’m hitting them more frequently I’m able to see improvements, which makes me more confident.

“My aims for this season are to stay focused and not become complacent. I’m going to keep giving it my all every day and see where that takes me.”

Myles and his teammates will be back in action on Saturday afternoon when they travel to Middlesbrough, you can follow live tweets on Town’s Academy Twitter; @htafcacademy.

Late fightback from the hosts results in a narrow defeat

Huddersfield Town B were beaten by Middlesbrough 3-2 at their Rockcliffe Park training ground, despite leading at half-time.

Town started the match the brighter, with a series of Ben Jackson corners creating issues for the hosts early on. In the 5th minute, Jackson rolled a left sided corner out to the edge of the box which was struck first time by Will McCamley into the side netting. Two minutes later, Jackson found Brahima Diarra in the centre of the box and his looping header was tipped over the crossbar.

A lively start from winger McCamley was rewarded in the 16th minute as the teenager was fouled inside the box, winning a penalty. Will stepped up to the spot to convert his penalty into the left side of the goal.

The Young Terriers continued to press the home side in search of a second and struck the post in the 25th minute, when forward Micah Obiero's effort from the edge of the box was whipped onto the right post with power.

Just four minutes later and Town did double their lead. Some exciting interplay down the right resulted in an Ilounga Pata cross finding Aaron Rowe in front of goal. Rowe, who had shaken off his marker well, was able to calmly slot the ball home to make it 2-0.

The remainder of the half was closely contested with goal mouth action hard to come by.

Middlesbrough began the second half the brighter as they saw more of the ball in the attacking third than they did during the first period.

The Young Terriers came close to finding a third goal and killing the game off in the 65th minute but it wasn't to be. A loose ball sat up nicely for Sam Sharrock-Peplow in front of goal, but the winger’s half volley from close range was well blocked on the line.

Middlesbrough's presence in the match grew substantially after the 65th minute and they managed to grab a goal back in the 76th minute. A powerful striker from outside the box beat substitute Michael Roxburgh in the Huddersfield goal.

Things got worse for Town soon after as they conceded two identical goals in two minutes. On both occasions, Middlesbrough's right winger was able to cut inside before firing a low shot across the face of goal and into the bottom left corner.

Despite a late push, Town were unable to grab an equalising goal.