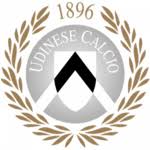 Eye-catching performance from the Young Terriers in Italy!

Huddersfield Town’s Under-19 side recorded an eye-catching result in Italy on Wednesday afternoon, defeating their age equivalents from Serie A side Udinese 4-0.

Goals from Under-19 regulars Olly Dyson, Scott High and Dom Tear, along with a first at this level from 16-year-old striker Kian Harratt, were just rewards for Mark Hudson’s side after a complete 90-minute performance.

Although the first game of the stay in Italy against Atalanta was postponed two days’ earlier due to poor weather, Hudson chose to shuffle his side and give several different players a chance to start. In the end, every outfielder in the 22-man squad got minutes on the pitch against Udinese.

It took the Young Terriers 25 minutes to break the deadlock, with 18-year-old winger Dyson grabbing his second goal of the campaign. It was midfielder High pulling the strings as usual, with his through ball being finished off by a smart low strike.

Hudson’s youngsters were on top in the sun and turned the screw on the Italians. First Micah Obiero forced the goalkeeper into a great save from an Aaron Rowe pull-back before going even closer minutes later, glancing an effort just wide of goal after a great ball across goal from striker Kit Elliott.

Udinese’s best chance of the half came in the 37th minute as a wide free-kick had goalkeeper Ryan Schofield scrambling across his line before drifting wide for a goal kick.

There was still time for left back Ben Jackson to force the goalkeeper into another great save from Rowe’s floated cross to the back post as the half ended.

The chances kept flowing for the Terriers in the second-half as, within moments, goalscorer Dyson found himself one-on-one after a quick break, Unfortunately, he dragged his shot wide.

Another swift counter-attack minutes later saw Dyson and Elliott combine to setup another shooting chance for Jackson, who fired inches wide from 25 yards out.

Set-pieces became Udinese’s only outlet and Schofield was needed to push another effort to safety soon after, but it was Town that made the dominance count with a second goal before the hour mark.

It came from the penalty spot. Right back Demeaco Duhaney played a one-two with Rowe before bursting into the penalty area and being brought down, allowing midfielder High to step forward and beat the goalkeeper from 12 yards for his seventh goal of an impressive season so far.

The substitutions brought the age of Hudson’s team right down as the half progressed, with Under-17 players Tom Bell, Jaheim Headley, Josh Austerfield and Kian Harratt coming on.

Harratt, the 16-year-old top scorer for the Under-17s, netted his first goal at Under-19 level with 10 minutes left; a beautiful finish after a drive forward and pass from Dom Tear.

Udinese had a goal ruled out for offside late on after a great initial save from Schofield pushed an effort onto the bar, but it was still Town making the running as the game ended. Bell and Tear both had efforts that came close to a fourth, but it was Tear who eventually netted; firing home from a narrow angle after good work from Bell and Austerfield.

Credit to Schofield, too; the England Under-20 international produced a great low save from yet another free-kick to preserve his clean sheet late on.