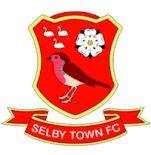 Game at Liversedge FC on evening of Wednesday 24 October 2018

Huddersfield Town’s Under-19 side will enter the West Riding FA County Cup at the Second Round stage with a game at home to Selby Town on Wednesday 24 October 2018.

Having received a bye in the First Round draw, Mark Hudson’s Young Terriers will take on last season’s beaten finalists in a 7.30pm kick-off.

Please note that the game will take place at the home of local side Liversedge FC, Clayborn (Quaker Lane, Cleckheaton, WF15 8DA).

This long-standing competition gives Town’s promising youngsters the chance to take on senior sides from non-league in competitive action and the draw is an appropriately tough one.

Selby Town’s First Team plays in the Toolstation NCEL Division One – the 10th level of the English football pyramid – currently sitting seventh in the table. The Robins reached the final of this competition last season, losing 4-2 to Farsley Celtic.

As per the rules of the competition from the West Riding FA, there is a mandatory £3 charge for adults to attend the game, with fans receiving a complimentary team-sheet upon entry.

There will be no extra time if the score is level after 90 minutes; the tie will go straight to penalties to decide who progresses.

If you cannot make the game on Wednesday evening, the full 90 minutes will once again be broadcast LIVE for FREE on Town’s official YouTube channel, HTTV at youtube.com/officialhtafc, thanks to our friends at Proper Sport.

Huddersfield Town U19s went out of the West Riding County Cup on penalties having drawn 2-2 with Northern Counties East Division One side Selby Town in normal time.

Whitehead’s side started brightly and displayed some great work both in and out possession up against the physical test posed by Selby.

Darnell Mintus was one of the five Under-17 players featuring for Whitehead’s side on the evening and he would give the Young Terriers the lead inside the opening 10 minutes.

Mintus collected the ball to the left of the area facing away from goal and turned quickly to lose his marker before firing home on his weaker right-foot – a much deserved strike for the winger whose lively endeavours were a real threat in the opening stages.

Check out how #htafc U19 took the lead against #STFC through @darnell_mintus.

Town had another chance to double its lead soon after as Kit Elliott found himself unmarked on the end of a corner as he saw his header tipped onto the crossbar by the Selby keeper; unlucky for the Town frontman whose side were having the lion share of the opening exchanges.

A golden chance for the equaliser soon presented itself for Selby as captain Ryan Gothard was unmarked at the far post and could only put his header wide of the mark from close range.

The Young Terriers would double their lead with the half-time mark fast approaching.

Mason O’Malley expertly stepped out of defence to collect a loose ball and played it to Kit Elliott. Elliott’s clever half-turn sent him through on goal and he ran though and coolly finished with his left foot.

GOAL: Kit Elliott gets his first goal for the club as he turns his man and fires past the Selby 'keeper after top work from @Masonomalley08 in the build-up.#htafc U19 2-0 #STFC.

Selby had lost in the final to Farsley Celtic in last season’s competition last season and they soon posed questions to the Young Terriers as they pulled one back. Liam Flanagan found himself through on goal and lobbed it over Luke Mewitt to reduce Town’s deficit to just one.

With the game entering the final 20 minutes, Selby had a glorious chance to draw level after Luke Mewitt charged out and fouled his man for a penalty. The Town stopper got up and redeemed himself saving the spot kick with a dive low to his left.

The visitors would draw level soon after as Sam Cable fired in from the edge of the area to set up a grandstand finish to the cup-tie.

Kian Harratt was introduced with just moments to spare and nearly nicked a late winner. Darnell Mintus skipped clear of his man and set up Harratt whose effort cannoned off the post.

It ended all square after regular time as the game at the Clayborn Stadium went to penalties, with the Young Terriers unfortunate to lose out 7-6 in the shootout.