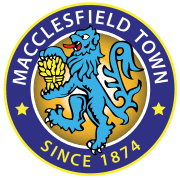 - Town’s U19s demonstrated their attacking capabilities in a 7-goal thriller
- Micah Obiero got himself on the scoresheet twice for the Young Terriers
- A unique experience for the U19s, playing at a First Team Stadium

Macclesfield Town played host to Huddersfield Town’s Under 19 side as the Young Terriers continued their development against The Silkmen on Tuesday afternoon.

Huddersfield Town showed their attacking capabilities putting three goals past a Macclesfield side full of experience, as the two sides produced seven goals in just fourty-five minutes of football.

Macclesfield had the first chance of the game as Scott Wilson beat two Town defenders before curling an effort from the edge of the box, with Gabriel Rosario on hand to save the ball comfortably.

The Young Terriers first real chance came on the 15-minute mark. A great piece of play by Micah Obiero started the move as he spun his man in the centre of the park before bursting towards the Macclesfield goal, laying it wide to Demeaco Duhaney who cut back towards the edge of the area to hit a strike hard and low towards the right corner. Ben Stephenson, the Macclesfield keeper had to stretch to gather the goal bound attempt.

An unusual opportunity came the way of Town on the 25 minute mark as a Macclesfield Town defender slid the ball back to his keeper, only for him to pick it up and concede an indirect free-kick for the back pass. An army of Macclesfield defenders lined up on the goal line and were able to deflect a driven shot by Duhaney; who was looking to add a goal to his good performance so far.

Micah Obiero continued to pull the strings for Town as he broke through the Macclesfield defence down the left-hand side before shooting from an angle. Stephenson did well to spring up and palm the ball up in to the air. Dom Tear almost scrambled the ball across the line with an acrobatic attempt, but the Macclesfield defence had assembled itself on the line to block and clear.

Around the 40-minute mark Macclesfield had a good chance of their own, as right back Welch-Hayes ventured up in to the Young Terrier’s box. The ball bounced its way through to him, but the defender’s shot wasn’t clean as Rosario collected.

The sides went in all square at half time on a wet and windy day at Moss Rose Stadium.

The Young Terriers made just one change at half time, Aaron Rowe coming on for Tom Bell for the second-half.

Town started the second period very brightly as Ben Jackson forced a save from the keeper after he shot from distance. The ball deflected off a Macclesfield defender, making the keeper re-adjust as he scrambled across the goal, just about getting a hand to the deflection.

Obiero was finally rewarded for his great work in the game, as he once again turned and ran at the heart of the Macclesfield defence. On this occasion, he elected to strike from the edge of the area and it paid off, flying in to the top right corner.

Fantastic pressure by Ben Jackson resulted in Town’s second goal of the afternoon, as the defender chased down defender Lowe who sent the ball past his own on-rushing goalkeeper to register an own goal.

The Young Terriers continued to make their dominance count, as Dyson latched on to a fantastic direct ball before controlling superbly. He embarked on a driven run at the Macclesfield defence, drawing in 3 defenders, before squaring it to Obiero who knocked it home for his second and the Terrier’s third of the afternoon.

Macclesfield’s responded with a well taken goal as a powerful cross was whipped in from the right that found the head of striker Scott Wilson who nodded home to make it 3-1.

Macclesfield had another soon after as the ball was looped from deep into the danger area beyond the Huddersfield defence. Towering striker Nathan Blissett was on the end of this cross and managed to head smartly past Rosario.

After Town successfully calmed the game down for some time, Macclesfield midfielder Arthur was able to wriggle away from his man on the edge of Huddersfield’s box and strike a shot hard and low at the Town goal. As the striker ran along the ground it slowed to a crawl, but the accuracy of the effort was enough to beat Rosario, as it hit the post and crept in.

Blissett almost grabbed a winner for Macclesfield as the ball bounced to him on the edge of the area. The Macclesfield striker took it on the volley and watched it sail over the crossbar.
Macclesfield’s late efforts was rewarded with a winner at the death. The host countered hit the Young Terriers on the counter and saw their attack finished by Wilson having been played in on the left.

Next up for the Young Terriers is a home game against Drammen FK this coming Saturday 24 November 2018.