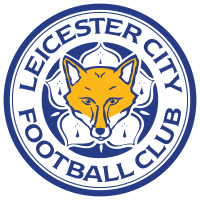 The first chance of the encounter arrived inside the opening five minutes as midfielder Isaac Marriott was denied following a good block from the Leicester goalkeeper.

Town took the lead just before the 20-minute mark as Micah Obiero curled an effort from around 25-yards into the top corner.

Goalkeeper Luke Mewitt was soon tested at the other end producing a good save to keep out a free-kick attempt from the host.

Last year’s Academy Player of the Year Dom Tear then had a golden chance that he was unable to make count curling an effort around 12-yards out wide of the mark.

Ben Jackson and Micah Obiero both had chances to extend the lead before the interval, but both were unable to convert as the Young Terriers went into the break with the one-goal advantage.

The second goal did arrive soon into the second-half as Isaac Marriott sent Dom Tear through on goal who was eventually brought down for a penalty.

Juninho Bacuna – who had not travelled to Marbella with the First Team due to family commitments – stepped up and converted from 12 yards for Town’s second of the afternoon.

Next up for the Under-19s is a trip to face Macclesfield Town at the Moss Rose Ground on Tuesday 20 November 2018.