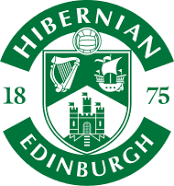 A pair of late goals condemned Huddersfield Town’s Under-19 side to defeat against a strong Hibernian side north of the border on Tuesday afternoon.

The Young Terriers took the lead in the game through midfielder Dom Tear’s fourth goal in just two matches, but uncharacteristically loose play in possession cost Town in the end as the Scottish side scored two efforts from outside the area inside the final 10 minutes.

Dean Whitehead had Demeaco Duhaney and Aaron Rowe back following their duty with the First Team at Southampton, whilst centre backs Rarmani Edmonds-Green and Romoney Crichlow-Noble also started following their recent loans away.

Hibs boasted a strong side that featured several older players, providing Town with a great test. 22-year-old striker Lewis Allan led the line, whilst Scotland Under-21 caps Sean Mackie and Oli Shaw – who has almost 50 appearances for the Hibs First Team – also started.

The Young Terriers started the game very brightly and deserved the lead when it came. As early as the third minute, captain Scott High burst from midfield to go one-on-one with the goalkeeper, only to see his shot – and striker Kit Elliott’s follow-up – kept out.

However, Town didn’t have to wait long for a goal. Jaden Brown drove forward from his left back slot in the seventh minute before finding Tear on the edge of the Hibernian box and the teenager made no mistake, firing past the goalkeeper to put his side ahead.

Chances followed for both teams as the home side grew into the game, and Town had to be grateful to Australian goalkeeper Jacob Chapman on a few occasions. His first stop came in the 20th minute, pushing over an effort from Murray that was bound for the top corner.

At the other end, Elliott should have doubled the advantage having been put through by High, only to fire wide.

Duhaney fired a free-kick way over the bar and Chapman made another smart stop to keep a free-kick out as Town led at the interval.

Chapman’s most impressive stops came just before the hour mark. Town lost the ball from a throw-in and as impressive as Jacob’s first stop was, his reactions to recover and keep out the rebound were top notch!

Tear and Brown combined to give forward Micah Obiero time to take aim moments later, but he sent his effort high and wide. Five minutes later, the Terriers put together a sweeping passing move that ended with Duhaney agonisingly inches away from converting Elliott’s ball in from the left side at the back post.

Town’s profligacy with the ball was finally punished with 10 minutes left as Hibernian equalised. Centre back Crichlow-Noble managed to half-clear a ball into the danger area, but the ball fell to Campbell and he smashed past Chapman from range.

That disappointment was compounded with a minute of normal time remaining when the hosts netted the winner; Murray punishing Town’s inability to clear their lines with a smart finish.

There was time for one final effort in the attempts to respond, with Brown seeing a shot deflected wide of target, but Hibernian did see the game out for the win.