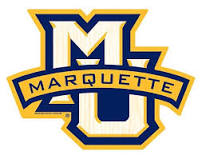 Two Huddersfield Town Academy sides are in action on Saturday – and you can watch one at PPG Canalside!

If you cannot make it to West Ham United to support the First Team on Saturday, why not come down and watch the Under-19s host an American university in a unique encounter?

Dean Whitehead’s Young Terriers will host the men’s soccer team from Marquette University – known as the Golden Eagles – in a 10.30am kick-off at the Club’s training ground, located at 509 Leeds Road, Huddersfield, HD2 1YJ.

The side, with players aged between 18 and 21, has travelled from Milwaukee, Wisconsin, for a first overseas tour of England between 8 and 17 March.

This is one of four games that Marquette will play in the UK; they’ve already beaten Oxford United’s Under-23 side 1-0 and drawn 2-2 with West Ham United’s Under-18s.

Town fans can watch the game, which will take place on the 3G pitch, for free! Otherwise, you can follow live match updates on the Club’s dedicated Academy account - @htafcacademy.

Meanwhile, Academy Manager Leigh Bromby will take the Under-17 side in the latest EFL Youth Alliance League game of the season against Scunthorpe United.

The game will kick-off at the home of Appleby Frodingham FC, Brumby Hall (DN16 1AA) in Scunthorpe at 11am.

There will be a full review of the weekend’s action on htafc.com on Monday!