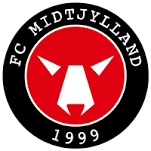 Huddersfield Town’s Under-19s time at the Spax Cup in Germany ended with defeats to Fortuna Düsseldorf and FC Midtjylland on the final day of the competition.

Town’s second game started better than the first on Saturday, with the Young Terriers far more competitive in the opening stages.

However, it was still the German side creating the chances. Town custodian Luke Mewitt easily claimed a looping header from a Fortuna forward inside four minutes, but he should have had no chance with a second header minutes’ later that the striker placed straight at him when totally unmarked.

A smart one-two gave a German player the chance to take aim from the edge of the box in the 13 minute as Fortuna took control, slamming a powerful shot mere inches wide of the post.

Town’s best chance of the tournament was the bright spot of the half. Jaheim Headley played Kit Elliott into space on the right flank and his deep cross picked out winger Will McCamley at the back post, who couldn’t beat the goalkeeper at full stretch.

The score was still level at the interval and it was Town who threatened first when the game got under way, with substitute Sam Sharrock-Peplow hitting the wall with a well-placed free-kick.

Sadly the deadlock was broken from the penalty spot in Fortuna’s favour with 10 minutes remaining after centre back Mustapha Olagunju was adjudged to have handled a cross fired into the area, with the forward making no mistake from 12 yards.

Town fought on, with Elliott heading over a good Sharrock-Peplow delivery as the game entered its final minute. Sadly, whilst committing men forward, the Young Terriers conceded a further two goals in added time, confirming they would not make the Play-Offs.

The game started brightly for Town inside the opening three minutes as Romoney Crichlow-Noble made a marauding run down the left-flank beating two men before being fouled for a free-kick in a deep position.

The ball was sent in towards the far-post and headed back across goal for Crichlow-Noble who couldn’t stretch enough to divert the ball home.

Midtjylland hit back with a chance of their own as Town were caught in possession and the ball was worked across the box to Tengstedt who fired wide of the near post on the angle.

Town would take the lead in the game through Tom Bamford as a corner from the right found the defender unmarked to place his header into the far corner to give Town the lead.

Midtjylland grew into the game and drew level as a ricocheted ball fell kindly to Madsen in behind the Town defence as he duly squared to Antala to level the scores.

A quick-fire double on the stroke of half-time from Tengstedt sent Midtjylland into the break with a two-goal lead.

The first came from the penalty spot with Tengstedt brought down and getting back to his feet to dispatch it past Bellagambi in the Town goal.

Tengstedt’s second came thanks to a wicked deflection as his shot from an acute angle looped over Bellagambi to complete the quick-fire double.

Town introduced two defensive options at the break in the form of Mustapha Olagunju and Rarmani Edmonds-Green in place of Romoney Crichlow-Noble and Taylor Annakin.

Micah Obiero skipped past his man in the second-half and was brought down to offer Town a way back into the game from the penalty spot. Obiero got up and fired his penalty high over the crossbar.

It would be another quick-fire double at the end of the second half that killed the game off as Midtjylland picked their way through the Town defence and fed the ball into the feet of Nwadike who coolly slotted home.

Midtjylland’s fifth was the pick of the bunch as Dawa curled one in from range that nestled inside Bellagambi’s far post to seal the win.