A young Huddersfield Town side played some impressive stuff against a talented Brentford B side, coming out on the wrong side of a seven-goal thriller in London.

Led by Academy Manager Leigh Bromby, Town more than matched their opponents at Jersey Road in a very entertaining game that could have easily gone either way.

The Town selection was a mixture of young and old, with goalkeeper Joel Coleman playing alongside Demeaco Duhaney and Rarmani Edmonds-Green; all of whom have spent time with the First Team.

On the flip side, Town Under-17 players Josh Austerfield and Kian Harratt were among the starting line-up, with three trialists on the bench.

The Bees took the lead in the game on the quarter-hour mark after a short spell of pressure. Edmonds-Green had only just cleared an effort from the line when Brentford recovered the ball and found Marcus Forss, who beat Coleman with a low shot to his left.

Despite conceding the opener, Town responded well and began to dominate the ball. Captain Scott High soon forced the goalkeeper to push the ball around his post with a 20-yard free-kick before all-action forward Micah Obiero had a shot blocked when well positioned to shoot.

Ben Jackson’s athleticism was a constant out-ball down the left and he was set free on the half hour. His low cross found Obiero at the near post, but Brentford’s defence did just enough to crowd him out.

The chances kept flowing for Town as a big volley forward from defender Romoney Crichlow-Noble put Obiero clear on goal, but he took his shot early and smashed a volley way over the crossbar.

Edmonds-Green soon crossed for fellow centre back Oran Thompson to head wide, but thankfully the equaliser did come with five minutes of the half remaining. The ball was lofted into the box towards Aaron Rowe and he showed great feet to jink past a defender before slotting an effort calmly home.

Sadly for Town, a sloppy passage of play saw Brentford retake the lead inside three minutes of the second period. Jackson could only half clear a ball into the area and was then beaten by the winger, allowing him to pick out Jayden Onen to finish. 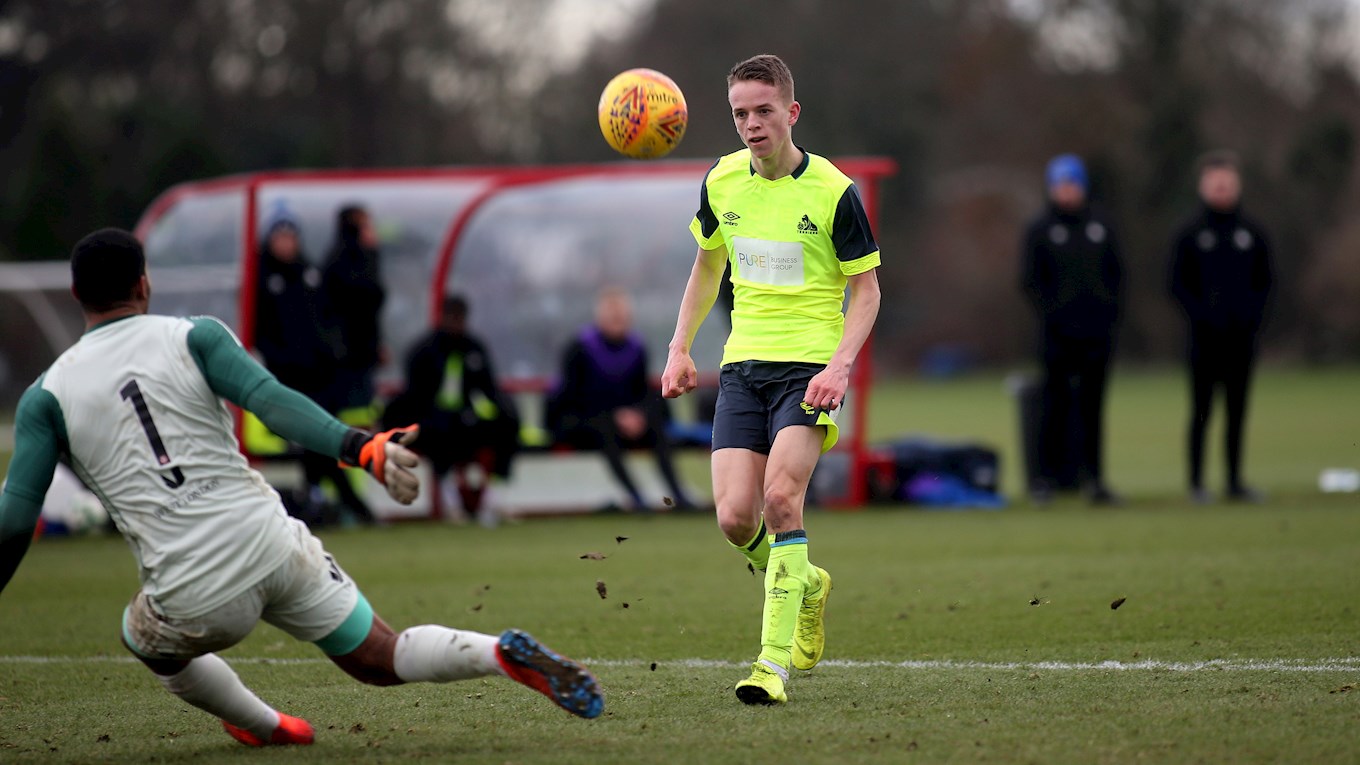 With 20 minutes left, the first of the two outfield trialists made his mark. Winger Will McCamley (above), fresh from scoring for the Under-17s on Saturday, burst clear of the Brentford defence and finished in extraordinary fashion, looping a shot high over the onrushing goalkeeper and into the vacant net!

At this crucial stage of the game, Town then spurned two chances to take the lead. First McCamley delayed his shot too long after another forward run was picked out to put him clear of the defence, allowing Brentford to recover, and then Thompson planted a header straight at the goalkeeper from another corner.

Instead it was Brentford who quickly scored twice to put the game to bed; Cole Dasilva beating Coleman from a narrow angle before Matej Majka punished an error from Crichlow-Noble in clinical fashion.

There was still time for another trialist, midfielder Hamza Kaid, to make his mark. He showed great strength to hold off a defender as he drove into the left side of the penalty area before cutting back onto his right and bending an effort into the far corner.