Two of Town’s Academy sides were in action at PPG Canalside on Wednesday afternoon as Mark Hudson and Leigh Bromby continue to work with the Club’s promising youngsters.

Bromby led the Under-17 side into a joint training session and game with London-based Lambeth Tigers to start the day.

The Young Terriers trained alongside their counterparts in a session led by Bromby before playing each other in a game, with the sides mixing together for a final short game on the 3G pitch.

“There were quite a few benefits to today. Alongside Emyr Humphreys, our new Head of Academy Recruitment, I attended a showcase tournament in London over the weekend where loads of promising Under-16 players displayed real skill and talent.

“Lambeth Tigers was among those teams and it was great to get a closer look at their Under-16 players today with a view to next season. You also learn more from coaching the players; you find out who can quickly take instructions on board.

“It was also good for our current crop of young players to see the benefits of what we’ve worked on with them so far. Lambeth had a lot of individual ability, but they struggled a little when it came to coping with the style of play – the Terriers Identity – that we’ve been working on. It was good for them to see again that our hard work pays off.”

Later in the day, Mark Hudson led his Elite Development Team against another team from London, The Palma Foundation.

After an analysis session with his players, Mark used the game as part of the coaching programme for the week, setting targets to focus on during the 90 minutes.

The Terriers won the game 3-1, with goals coming from Romoney Crichlow-Noble, Scott High and Aaron Rowe.

“This was the latest challenge in the tailored games programme for the older Academy players.

“It was a good challenge for our players against a set of technically proficient players, but again they stuck to the task and created some good opportunities; something that Mark has specifically worked on with the players this week.”

The Under-17s are back in action on Saturday at PPG Canalside when the Youth Alliance Cup campaign gets under way with the visit of Notts County in an 11.30am kick-off, which Town fans are welcome to watch for FREE! 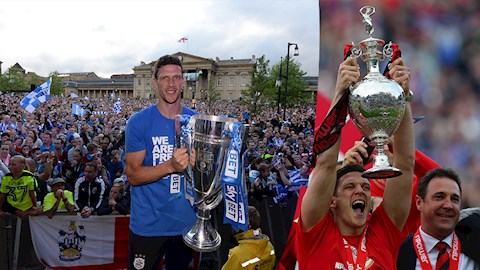 Hudson will lead the older players into action on 1 September with a game at Oxford United.